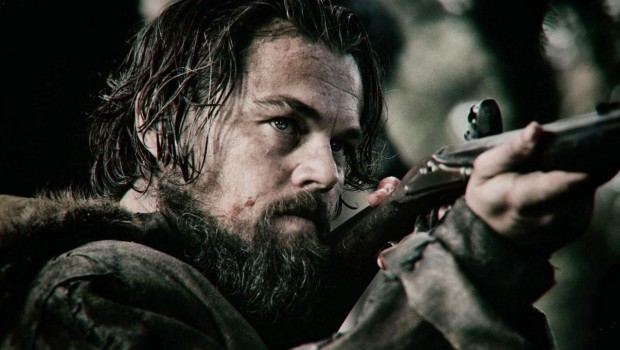 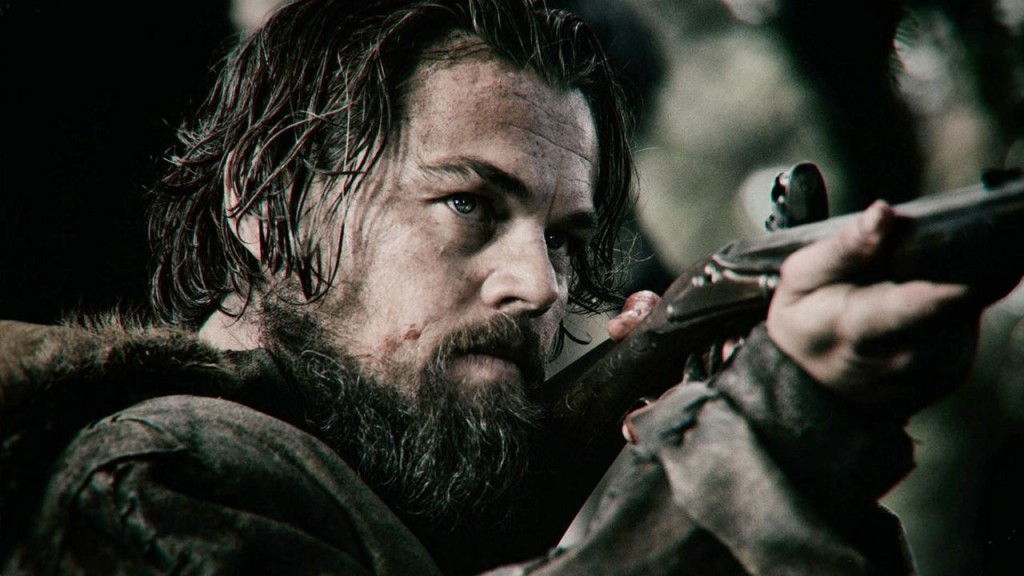 When we’re surrounded by movies running on autopilot, it seems perverse to fault a film for trying. But there’s trying and then there’s trying, and The Revenant, Alejandro G. Iñárritu’s new revenge Western, indelicately treads the line between the two.

Loosely based on the real-life bear mauling and survival of nineteenth century frontiersman Hugh Glass, documented in Michael Punke’s 2002 novel, this is an in-your-face exercise in iron-blooded macho perseverance. It’s 1823 and Glass (Leonardo DiCaprio) is assisting a hunting party led by Domhnall Gleeson’s blue-blood Captain, tracking down valuable animals pelts in the wilderness claimed by the Louisiana Purchase. When the company men are ambushed by a native tribe, a thrilling and brutal opening sequence of bow and arrow artillery, they make their panicked escape, where Glass runs into a Mamma Grizzly. He manages to survive the furry fisticuffs but, as you can image, suffers a scrape or two in the process.

Glass is abandoned by his protectors and left for dead, but manages to haul his battered body out of the ground. In agony he crawls through the undergrowth, desperate to confront the man who put him in the dirt. And, well, he keeps on crawling. DiCaprio tries his damnedest to sell Glass’ pain and despair, snarling and roaring and spewing flem and picking through animal carcasses like a forsaken soul. Dude’s committed. It recalls the intense physical comedy of his Quaalude contortions in The Wolf of Wall Street, probably his most entertaining scene in years. Indeed, there is something unintentionally comic about Glass’ unending indignities, like a po-faced version of Homer in the stretcher cascading out of the ambulance and down the punishing cliff face. By the time he’s naked in the snow, gutting his dead steed for some impromptu shelter, it’s hard to take the wild-man stuff seriously. As weird a comparison as it may seem, all this self-conscious shock material and body violence isn’t a million miles off an art-house version of The Human Centipede.

What the movie nails is the primal vulnerability of frontier life and the fragility of the human frame against the frosty pitiless of the great outdoors. Iñárritu has paired up again with master cameraman Emmanuel Lubezki after last year’s Birdman capturing the icy scapes of British Columbia and Alberta in beautifully desolate, crisply immaculate photography, Lubezki deploying his familiar roving point of view. It’s gorgeous but also frustratingly sterile, with the form but not the emotional heft of an epic; dragging and crawling in a way that suggests not painful, patient fortitude, but storytelling uncertainty. The suffering is captivating at first, but it’s a poor substitute for actual insight. DiCaprio grits his teeth and howls his theatrics but he’s not so much a character as a punching bag for fate’s cruelty. Beyond the archetype of the white man raised by natives and thus more in touch with the natural world than his peers, there’s not really a lot to him. Thematics of grief, rage and vengeance remain unactualised, at least until Glass makes it back to camp and starts having actual conversations with people.

Up until then, it’s a slouch towards Bethlehem; there’s a run-in with a noble savage, dream sequences that don’t connect to anything else and, yes, more crawling. Livening up things is Tom Hardy’s Fitzgerald, the opportunist and scoundrel in Glass’ cross-hairs, paired up with the young, unsure Jim (Will Poulter). At least amongst the supporting bench there is some push-and-pull of conflict.

If there’s someone not really trying here it’s Iñárritu, who skips on story and structure tightness in favour of quasi-profound meanderings, sprinkling the dialogue with oblique spiritualistic tidbits. The emphasis on close-ups, natural lighting and authentic location work signal a desire for viscerality through proximity, but that kind of intimacy requires bridges between audience and hero. The film is so desperate to impress that it forgets the audience, and just straight-out tells you its take-away messages. Glass literally carves his motivation into his hallowed out equestrian hidyhole, while a French colonialist hangs a tribesman with ‘we are all savages’ scrawled across him, in a faux-Conradian flourish. Thanks Iñárritu, we’ve all read Heart of Darkness.

If you were to explain The Revenant to someone it would sound absolutely riveting, but in practice it’s frustrating. It’s strange to find a film that’s so ambitious and so glib at the same time. It’s beautiful, technically astounding but ultimately inert; a great, cruel ice shard of a movie. Conor Smyth