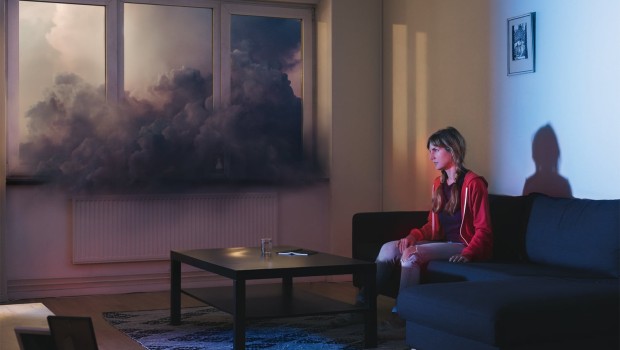 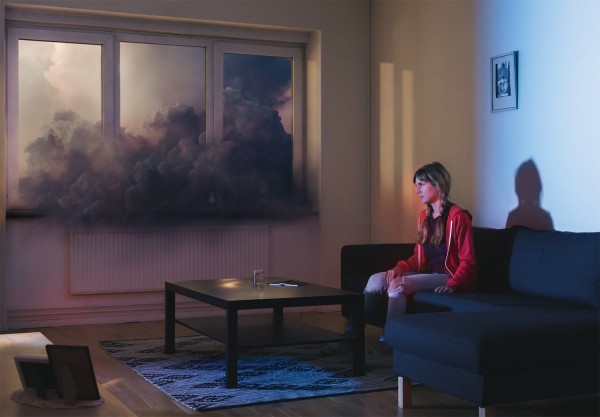 Badlands started off life as a duo, releasing an EP entitled Battles Within in 2012, before eventually becoming the solo project of Malmö-based musician and producer Catharina Jaunviksna. Things were quiet for a while after that first EP, but picked up last year as she began to air new material while touring in Ireland with Somadrone. Then everyone’s attention snapped back to Badlands when she dropped the first new single ‘Caramisou’, five and a half minutes of swooping synth-rush crafted into a soaring, widescreen soundscape. Her latest single, ‘Echo’, is a continuation of that streak.

‘Echo’, is an exercise in split personality. On the one hand, it’s got enough electro spark and groove to function perfectly well as a club tune. On the other, the chill-soaked instrumentals and the cold disconnection that drips from every syllable of Jaunviksna’s vocal gives the song a fraught sense of anxiety and fear. It’s dreamy, but in a blurred, leaning on the edge of nightmare way, dragging the listener deep into its world while simultaneously unsettling them. It’s a credit to her songwriting and production skill that ‘Echo’ is a song that can pull off this duality without ever seeming jarring or forced. You’ll find both ‘Caramisou’ and ‘Echo’ on Badland’s upcoming debut full-length Locus, due out on April 15th. Austin Maloney