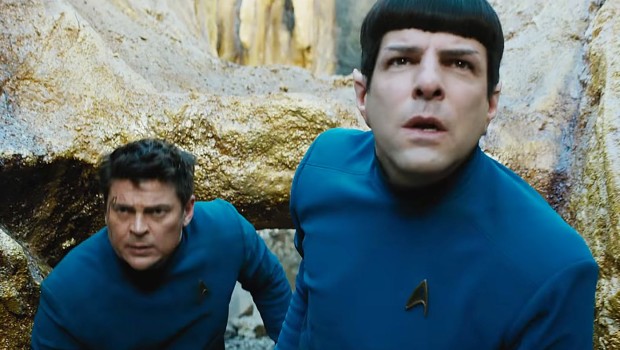 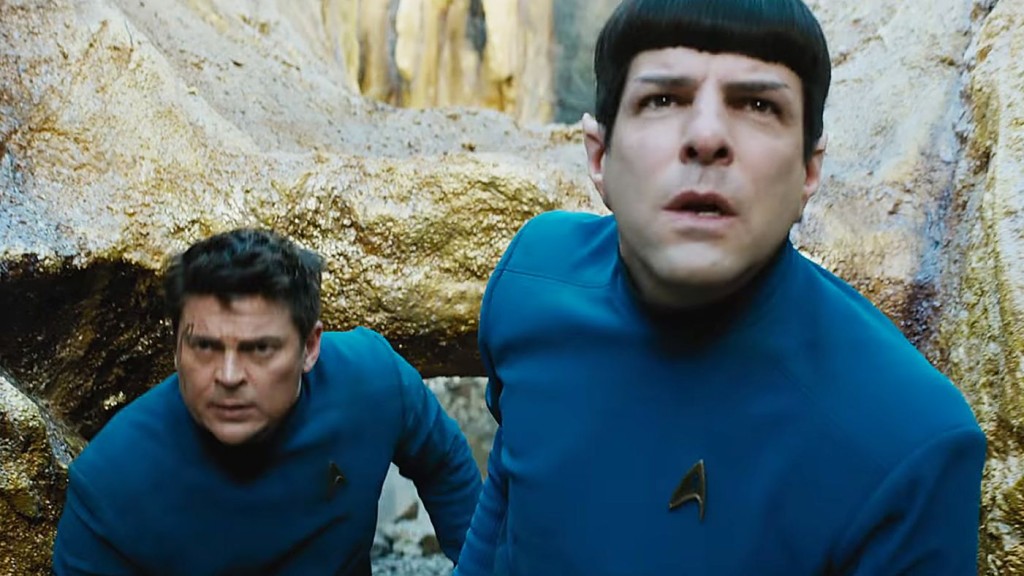 With Star Wars dominating the cultural agenda again, it’s been uncertain times for Star Trek fans. Whereas George Lucas’ space saga has always been a perennial favourite, tapping into subsequent generations, and always being somehow cool, Trek has never been particularly fashionable, with its themes of philosophy, exploration, and understanding seeming fairly lumpy and worthy in the face of Jedi mysticism, lightsaber duels, and space dogfights.

JJ Abrams’ 2009 reboot upped the excitement factor, ushered in a younger crew, and tapped into a new audience, but along the way, alienated a legion of older fans who felt that the essence of Star Trek has been lost in favour of big-budget action. The follow up, Into Darkness was met with a mixed response after reinventing classic characters and stories, and the whole endeavour made much more sense when Abrams jumped ship to work on the relaunched Star Wars. Suddenly the explosions and fighting made sense, and Kirk and company were left stranded in deep space, facing an uncertain future.

Star Trek: Beyond attempts to get things back on track, catering for older fans, without sacrificing the kinetic action that has propelled the series into the heart of the modern mainstream in its 50th year. Director Justin Lin had previously handled the automotive thrills and spills of The Fast and the Furious series, and he injects a sense of urgency for this latest adventure, rarely pausing for breath.

This time around, the Enterprise is in the middle of its five year mission, the scene setting of the previous two stories left in the past. We know who these people are by now, and Lin largely lets them get on with things, offering up some well-crafted interactions between the cast to let us know that the relationships have solidified into something workable. Kirk wants out of the captain’s chair, Spock wants to go full Vulcan in an attempt to repopulate the species, and Bones wants to continue raiding Checkov’s locker for booze.

Then along comes the inevitable crisis, and a run-in with someone hell-bent on destroying the universe. The story really is irrelevant, with only the barest minimum of time being spent on actually working out why people are doing stuff. The evil madman this time around is played by Idris Elba, unrecognisable under layers of alien prosthetics. What he’s doing is destroying the universe. How he’s doing it is confusing, and why he’s doing it is kind of unimportant.

Instead, we get Kirk on a motorbike, a buddy relationship between Spock and Bones, Uhura kicking ass, and Scotty hamming it up with a new alien friend Jaylah, played by Sophia Boutella. This turns out to be one of the most compelling aspects of the movie, with Jaylah emerging as a consistently engaging character, tough, funny, and enigmatic. Whilst Simon Pegg struggles with one of the worst Scottish accents ever captured on the silver screen, Boutella presents a convincing character, a distinct and unique presence that gives the story (such as it is) a real backbone.

The scenes with the crew interacting are largely a joy, with everyone having settled into the roles, offering an engaging chemistry, whilst still being a way off the effortless camaraderie of the original cast. Chris Pine in particular seems to have really grown into the role of James T Kirk, maturing into a responsible leader, without sacrificing the boyish charm of the first two films. This time, he really does seem like a leader, as opposed to a lucky idiot who has stumbled into a job. Zachary Quinto’s Spock is cold, but largely kept to the background, and Karl Urban’s McCoy steals every scene he’s in, crying out to be used more.

Where the film stumbles, bizarrely, is in the action scenes. Beyond is a dark film, not in terms of content or themes, but in terms of lighting. Everything happens very quickly, in the dark, and generally you just have to try and get the gist of what’s going on, rather than what’s actually taking place. In one sequence, Kirk and Checkov are being chased. By whom is unclear, and where they’re heading is hard to see, lending the whole thing a passive sensation. Stuff is going on, but it becomes hard to care about it, mainly because it happening in the dark. It renders most of the drama impotent, and for a film that is striving to make its name with action rather than plot, that’s a blow from which it never really recovers.

There’s a lot of silliness going on (it is Star Trek, after all, and that’s part of the charm), some of it welcome, so of it not so welcome. So while offhand references to the campy original to series are fine, a major plot point hinging on something so absurdly stupid that I can’t reveal it, isn’t. The script, cowritten by Simon Pegg and Doug Jung is great on dialogue, but terrible on situations.

Of course, it all ends up with a happy ending, and the promise of new adventures, but there’s a real sense that the formula has to be perfect next time, or the continuing voyages of the Enterprise might be prematurely cut short. And if action isn’t working, then maybe it’s time to really let the story do the talking, tapping into the philosophical core of Star Trek that made the original series so enduring.

Now that Star Wars is back, maybe it’s time to let Star Trek be Star Trek, boldly going where no one else would dare go anymore… into the human mind and heart. Steven Rainey