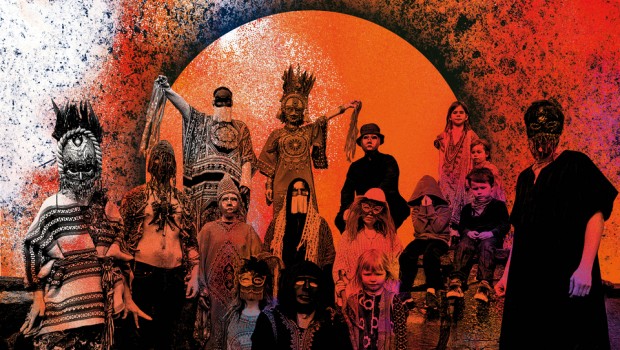 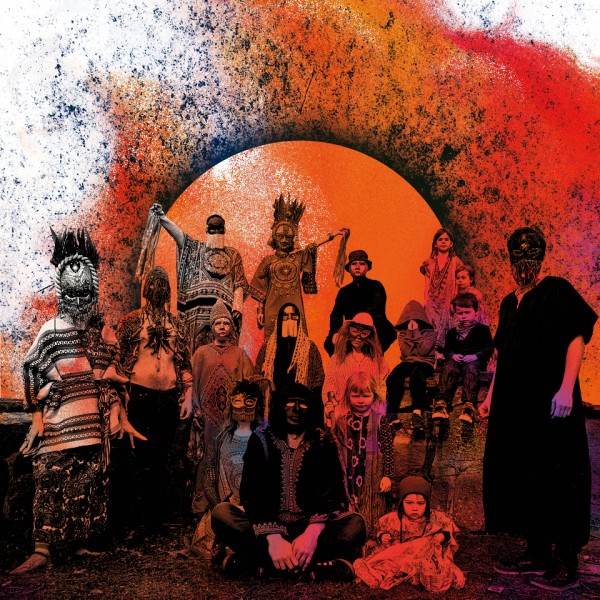 Goat are one of the most unusual bands around at the minute. Based in Gothenburg, the band’s core trio have built up a shadowy mystique with their knack for storytelling – they claim to hail from the remote village of Korpilombolo in northern Sweden, which allegedly has a centuries old history of voodoo practice, and is still haunted by a curse placed on it by inhabitants fleeing the attack of Christian crusaders – all of which fits quite neatly with their stage show’s involvement of elaborate costumes and tribal masks. Other claims include the idea that Goat is an ongoing multi-generational communal entity that these anonymous members are just the latest incarnation of. The whole conceit is a gift for those who lament the lack of mystery in an age where social media has brought musicians and audience closer together than ever, and the band’s commitment to it saves it from being just a shallow gimmick.

Likewise, their music itself a strange mix of influences, incorporating elements of African and Asian music alongside European and American – the psychedelia in their guitar meanderings, the hypnotic droning repetition that nods to krautrock heroes Can – all amounting to a sound they’ve self described as “a bus full of guitars crashing into a circus”. No wonder then that they called their acclaimed debut album World Music, borrowing that usually dubious term used to categorise vast swathes of hugely different music from far flung locations as one homogenous ‘non-Western’ entity, and repurposing it instead as a statement of universality – “we believe we play ‘world music’, and that’s what we think everyone plays.”

They’ve described third LP Requiem as their folk album, and the instrumentation fits this mantra, as acoustic guitars, mandolins and woodwind abound, but otherwise they haven’t made too many changes to their winning formula, and certainly haven’t sacrificed much of the energy of their first two albums in the process. After an acapella intro, ‘Union of Sun & Moon’ swaps the lead guitar lines for recorder, ‘Trouble on the Streets’ expands their outlook to Hawaii with its tropical guitars and percussion, while the catchy ‘Try My Robe’ and lead single ‘I Sing in Silence’ are based around the same layered chanting vocal hooks from singer Goatgirl (yes, really) that colour the highlights of previous work, but while the repetition remains, the altered instrumentation now tones down the psych feel compared to reverb drenched second LP Commune, instead feeling a touch more rustic and laid back, closer to All Hour Cymbals-era Yeasayer or the Malian folk of Tinariwen.

Panpipes make several appearances, an instrument more commonly heard in the world of Enya, or those awful easy listening covers you hear on relaxation albums or when you arrive at the cinema too early, but here sheds those bland western associations and feels somewhat more at home. But Requiem is more of a natural progression than a reinvention, as they merely amplify the folk elements that were always present in the first place. Their usual squalling guitars are still here, punctuating the pastoral folk of ‘Alarms’, while the louder ‘Goatfuzz’ would have been easily at home on previous records.

Where World Music and Commune both clocked in a little shy of 40 minutes, Requiem is a more sprawling work, just breaching the hour mark – but it does overreach itself slightly. Expanding from their usual 9 tracks to 13, a couple of them are a tad expendable, and where the excellent, triumphant instrumental ‘Goodbye’ feels like a natural album closer, it’s instead followed up by the quiet meandering synth and spoken word samples of ‘Ubuntu’, which admittedly works as a neat little comedown, finishing the album as quietly as it began, but has no real need to be 7 minutes long.

The sample of World Music opener ‘Diarabi’ towards the end of that closer though lends a cyclical feel to their whole discography that, combined with the titles of both the penultimate track and the album itself could potentially be signalling the end of Goat. It will be a shame if Requiem does indeed turn out to be their swansong, as it’s also a record that suggests a greater versatility and staying power than previously thought. Length aside, it’s by and large a triumph, a follow up that successfully tinkers with the formula of the first two brilliant but undeniably similar LPs without straying too far or sacrificing the essence of what made them great in the first place. Must be the voodoo. Cathal McBride

Summary: Check out: 'I Sing in Silence', 'Try My Robe, Alarms'