Meltybrains? have been a staple on the live circuit in Ireland for a few years now, gaining a cult following through their Dadaist stage show and irreverent sense of humour. While marrying a post-rock base with a mix of styles on top hasn’t necessarily made for the most compelling of musical statement in their previous recorded works,  Their latest EP Kiss Yourself looks to make amends and move the band forward artistically.

Opener ‘Know My Name’ opens with auto-tuned vocals over synth before settling down into the Melty’s now signature sound. It’s a track that promises a lot but that gets bogged down. Second track ‘Creola’ injects a bit more vigour with driving drums and a slight overuse of the pitch wheel, it calms into an atmospheric middle section before exploding again.

The next two tracks are where the EP loses its way slightly. ‘Step’ starts as it does with a pretty piano figure and intensifies before suddenly ending, dissipating the energy it builds up. It feels like a missed opportunity. ‘Unwarranted Laughter’ on the other hand is a single idea, metal-influenced rush and at under two minutes it feels like it ends before you really get acquainted with it.

Final track ‘Oh Earth’ is the highlight of the EP, with a languorous intro and a steady gaining of momentum in the midsection before culminating in a rush of noise. It’s a fitting closing track and more atmospheric and ambient than anything else on the EP.

What must be noted about the whole EP is how good everything sounds. The textures and timbres of the synth parts are well chosen and there’s a lushness to the sound that shines through. Even though the lyrical content of the tracks isn’t that important or revealing, the Auto- tune effect lends a robotic eeriness to the songs.

This EP is a step in the right direction for Meltybrains?. It sees them widening their musical horizons and successfully building on previous efforts. It’s a definite step forward from them and sees them step out of the live realm and exist comfortably as a recorded outfit. Let’s hope this translates into future recordings as they bring their work up to the level of craft put into their stage show. Darren Keane 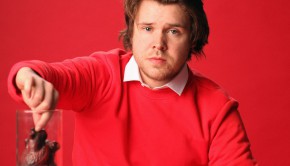 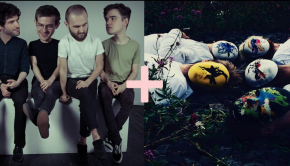 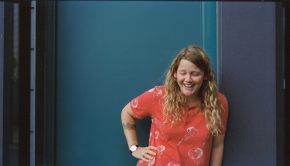 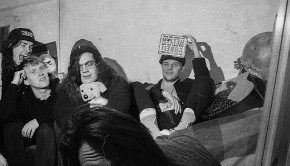