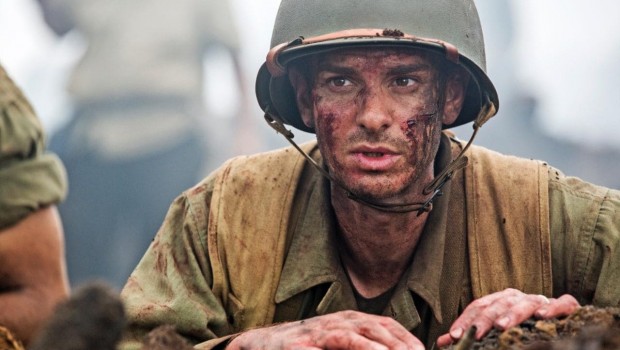 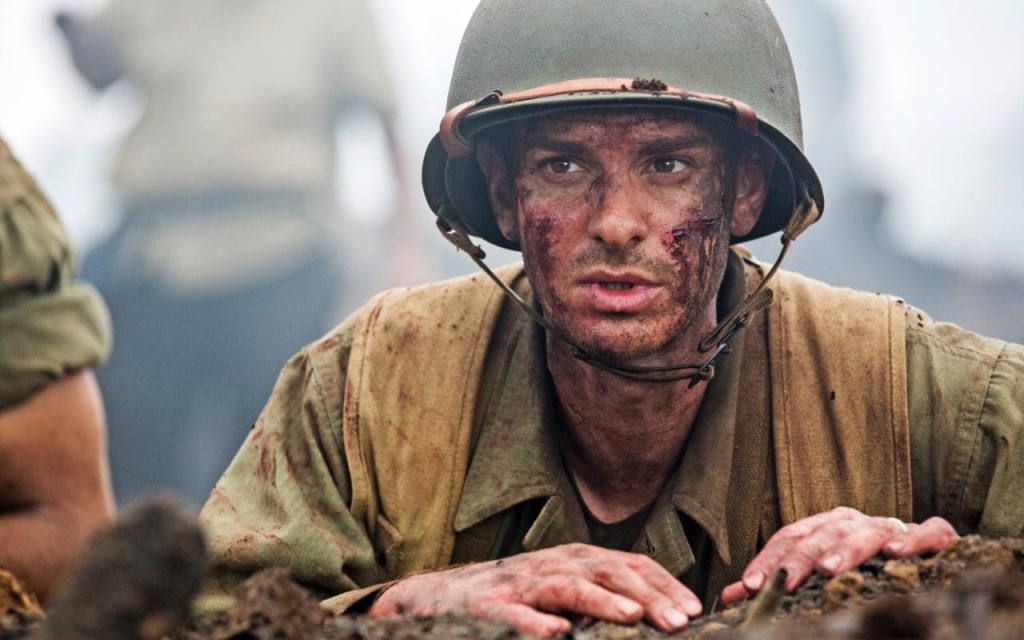 Hollywood loves a comeback. It’s a narrative that always seems to come into play around awards season and it’s been a longer road back for Mel Gibson than most. Incredibly, it’s been ten years since the Oscar-winning director of Braveheart (1995) last stepped behind the camera on 2006’s Apocalypto; also, not coincidentally, the year of Gibson’s anti-Semitic tirade that came after an arrest for drink-driving. Finally, with his new film Hacksaw Ridge, a story steeped in redemption and tolerance, Gibson is ready to stand triumphantly atop the mountain again.

Hacksaw Ridge is the tale of real-life World War II veteran and conscientious objector Desmond Doss, a man, who like Gibson, finds himself ostracised by his peers, but who ultimately proves himself a hero on the battlefield. Doss, played by Andrew Garfield, voluntarily enlisted to serve in WWII, but through his religious conviction refused to carry a weapon. Despite the U.S. military making every attempt to dismiss Doss, he ends up a medic in one of the most ferocious battles of the war: the taking of Okinawa.

While the film begins with a glimpse of the hell that awaits Doss, and the audience, in Okinawa, it takes its time to establish the formative experiences in his life that lead to his refusal to bear arms, starting with 16 years earlier when Doss was just a young boy. Doss injuries his brother Hal while the two are play fighting and experiences a moment of sheer panic, guilt and, ultimately, also lucidity, when he fears he may have killed him. As his parents fret over Hal, Doss is attracted to a picture in the house that enshrines one of the ten commandments, thou shalt not kill, with a depiction of Cain murdering his brother Abel. As Doss stares, mesmerised, the audience adopts the position of the picture, looking straight on at Doss. Throughout the film, Gibson’s camera is unflinching in its judgment and in its dedication to depicting events, and the director proves himself a highly skilled visual storyteller.

Flash forward 15 years and the audience meets Doss again, this time as a young man, with the film depicting the circumstances in which he comes to serve. He meets love interest Dorothy, played by Teresa Palmer, and defies his abusive father’s wishes and enlists in the army. Although a little contrite and maudlin, the charisma and chemistry of Garfield and Palmer just about win the day and keep the audience on track in this section of the story. Palmer is terrific in a limited role, while Andrew Garfield plays Doss with an innocence and self-effacing dignity that makes it impossible for an audience not to cheer his every victory over adversity. There is also great support from Hugo Weaving as Doss’ alcoholic father, Tom. The relationship Doss has with his father, a man destroyed by the violence of war, haunted and self-abhorrent at his own survival, is an important cornerstone of the film, and Gibson and Weaving walk a fine line between over-dramatization and heartfelt emotion.

What makes Gibson’s film absolutely remarkable though, is the staging of the battle for ‘Hacksaw Ridge’ on Okinawa. The gateway to Japan, with the end of the war in sight, Okinawa is defended fiercely by a Japanese army willing to lay down their lives in sacrifice to the cause. In the history of cinema there is nothing like the hell that Mel Gibson has committed to film in Hacksaw Ridge. Not even Saving Private Ryan (1998) comes close. Graphically depicting the incredible human cost of bloody warfare, Hacksaw Ridge is simply unrelenting in the scale and scope of the battlefield. Never before has a film shown in such depth the experience of a soldier facing almost certain death in battle. Somehow, despite the incredible, visceral carnage the film manages to make it a haunting, hollowing experience, even granting humanity and dignity to the faceless Japanese soldiers.

Overall, Gibson does a commendable job balancing the gritty, dead-eyed realism of war with the film’s moments of emotional, Hollywood grandstanding; providing genuinely affecting points of release for the audience from the pressure cooker of battle. The heart of the film is sewn, however, in the early development of character relationships in Doss’ home life, his arduous path through his military training and the hard-earned respect his acts of heroism draw from his hitherto dismissive colleagues. The real life story is incredible, the kind of story that was made for the silver screen; Gibson’s film is a blend of saccharine melodrama and hard-hitting, realistic war movie, but it’s depiction of the battlefield is likely to be unequalled. Richard Davis 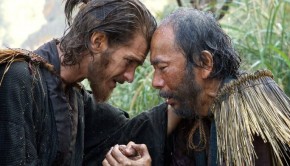