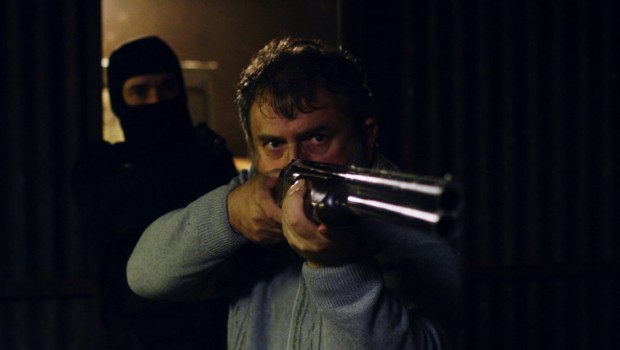 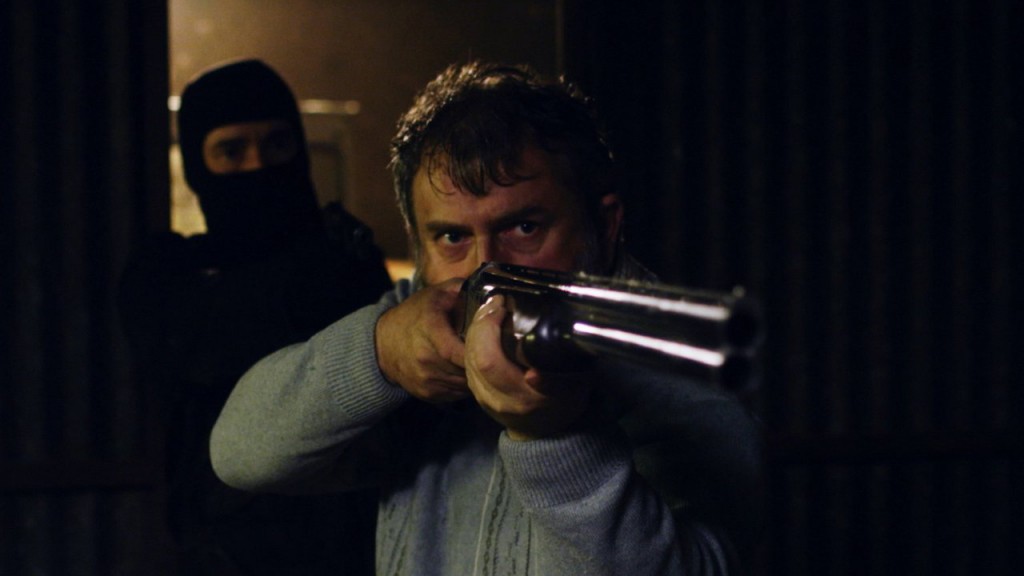 Closing the Belfast Film Festival with a shotgun blast worth of intense visceral thrills, Chris Baugh’s directorial debut is a revenge thriller with the same assured deadly aim of its lead character. Nigel O’Neill owns the screen as the farmer Donal, a quiet man content to live a small life with his mother. But when she’s murdered in a robbery gone wrong Donal sets out to the big city of Belfast in search of her killers. But both the search and the truth prove to be much more complicated than he could have ever foreseen.

Screening to awed crowds at this year’s Sundance, Bad Day For The Cut returns to a victorious homecoming at the festival. It’s great to see a local film with this much soul and style where the heights of the filmmaker’s ambition match the depth of their talent. Tightly scripted by Baugh and Mullin, the film follows inventive set-pieces with intense character moments, building to a haunting climax that fulfills the film’s desire to look deep at the consequences of revenge. Beautifully lensed by DOP Ryan Kernahan, the film is a “fancy looking fella” indeed, moving from wonderfully framed landscapes to finely etched close ups of all the cast. The cast is a murderer’s row of Northern Irish talent, with everyone in the film getting their moment in the sun. (Even if it’s at the end of a shotgun…) No one’s short-changed here, be it the cast, the camera crew and especially not the audience.

The atmospheric score by James Everett adds to the cinematic feel of the whole endeavour, cranking up endless tension or heightening Bad Day’s many deeply felt character moments. Amongst the film’s many expertly staged set pieces is a particularly brilliant failed raid on an apartment block brothel which matches the original Taken for intensity and style, while staying true to the protagonist’s nature and abilities. Never an invincible bulletproof superman, Donal’s wits and heart keep him alive long after lesser men would have given up the ghost. O’Neill really lets you feel the man’s simple decency frame after frame as much as Susan Lynch brings a human heart to her portrayal of vicious crime boss Frankie. It’s the moments where the film pauses for breath that will really make you catch your breath though, with a shot of Donal sitting pensively with shotgun in hand before a postcard perfect sea shore staying with me long after the credits rolled.

Revenge may be a messy business but it’s also complicated, a fact that the film engages with fully to its credit, often with a great deal of laugh out loud humour. Tonally it’s a marvel, setting itself apart by finding humour in the darkest of moments and grit in the finest of small details. It’s fantastic to see an Irish film as much built for a global audience as a local one, without losing its identity or accent. With so many films made here obsessed with the country’s past it’s great to see an indigenous film that showcases a bright future for its filmmakers. If this is Baugh and Mullin’s first feature, I for one cannot wait to see their next.

A Northern Irish No Country For Old Men that has as much of the feel of American thrillers like Blue Ruin as it does the hills of Co. Tyrone, Bad Day For The Cut is an excellent night at the cinema. As Donal would say, “Happy enough?” Very. Aidan Largey

Bad Day For The Cut does not currently have a UK release date.