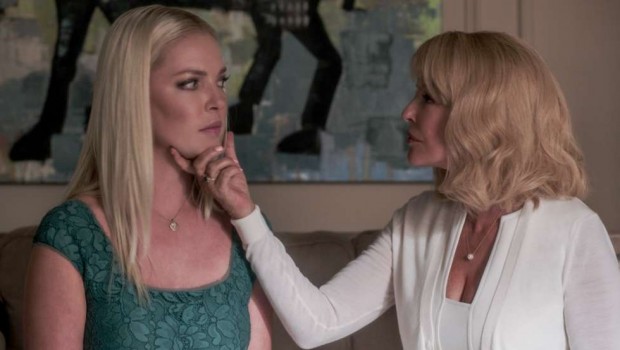 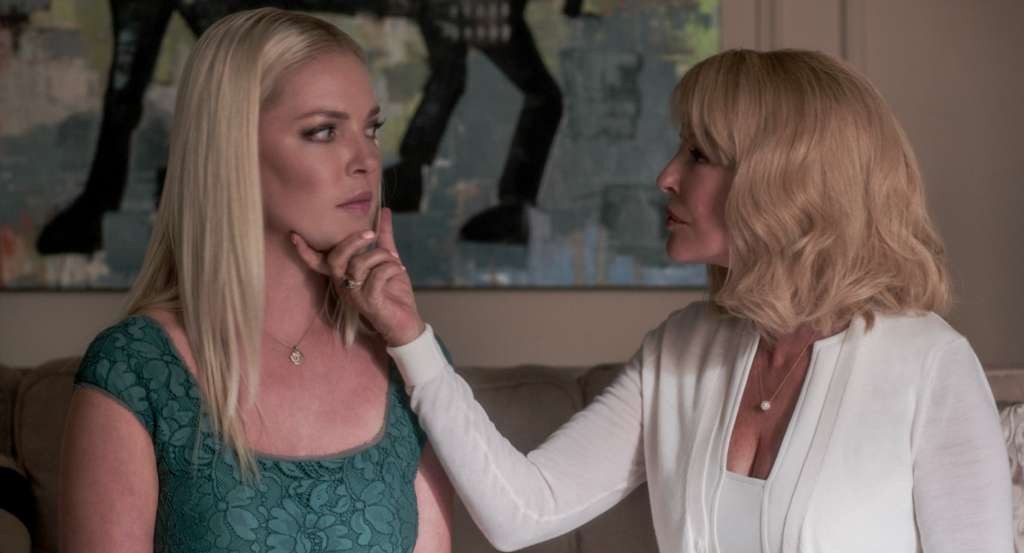 Unforgettable is a pulpy crazy-ex thriller about the resentment directed at someone taking up space where they do not belong. Rosario Dawson is the likeable new squeeze and Katherine Heigl is the ice-Barbie hovering at the sidelines, desperate and calculated, willing to do anything to reclaim the family she believes to be rightfully hers. And the movie itself, a first time directorial effort from seasoned producer Denise Di Novi, feels like it has taken a swerve and ended up in the wrong place. Sitting in the multiplex, you feel like you’ve drifted off on the sofa watching middle of the day Channel 5, waking up at the sight of a jealous ex whacking someone in the back of the head with a fire poker, the sort of schlocky melodrama that fills up time between Home And Away and yet another NCIS. It’s like a studio executive just saw Basic Instinct and decided to get in on that shit.

Dawson plays Julia, an editor at some online storytelling platform who relocates from the San Francisco office to a small mountain town where her fiance lives, close to his daughter Lila and Stepfordian ex-wife Tessa. Julia has one of those jobs screenwriters, in this case Christina Hodson and David Johnson, give to female protagonists to suggest modernity and agency, and then don’t follow through by actually showing her doing any work. Her partner David (regular TV performance Geoff Stults) is a former banker who now runs a beer brewing startup (because it’s 2017). He shares custody of his daughter with Tessa, a fake-smile robot still nursing the humiliation of the separation, who instigates a campaign of belittlement, mind-fucking and catfish conspiracy against her charming replacement, making passive-aggressive reminders about mommy Facebook groups, swiping bedroom delicates and throwing serious side-shade. When she learns about Julia’s restraining order against her abusive ex (Simon Kassianides), she cooks up a fake profile online and engineers his return.

The gaslighting and paranoia are heavy-handed in concept and execution (can we call a moratorium on “you look like you’ve seen a ghost”?), but still a little stomach-churning. Dawson doesn’t have much to do besides lose her marbles a little bit at a time, and her fiance is a bore, but Heigl is fun as the ice-cold stalker princess, a role more suited to her stony features than her rom-com experience.

A Valkyrie blonde in starched Rivendell white, her wicked stepmother routine frequently spills into thirsty ludicrousness, aggressively brushing her daughter’s hair while glowering in the mirror, then snipping it off as cruel punishment. In a darkened study, wearing nothing but a pristine silk robe, she schemes on her laptop, sipping wine and pleasuring herself in warped satisfaction. Later, trying to incriminate Julia, she throws herself down the stairs. You can only laugh. When Cheryl Ladd shows up as Tessa’s mother, a vision of WASPish contempt and the maternal fountain for all this batshittery, it’s the cherry on the cake. Unforgettable is ridiculous and on paper it’s total garbage, but it’s still juicy and cacklingly over-the-top. That’s a fortune-tempting title if I’ve ever seen one but, to be fair, it does make an impression. Conor Smyth