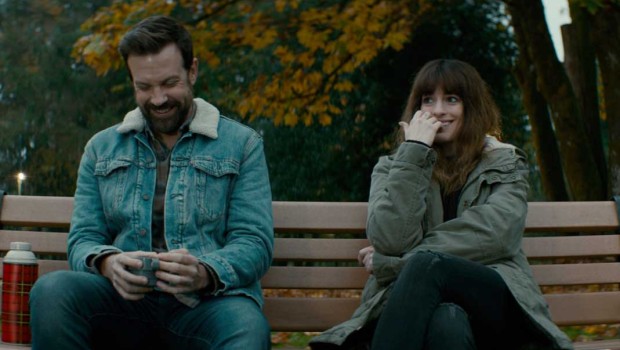 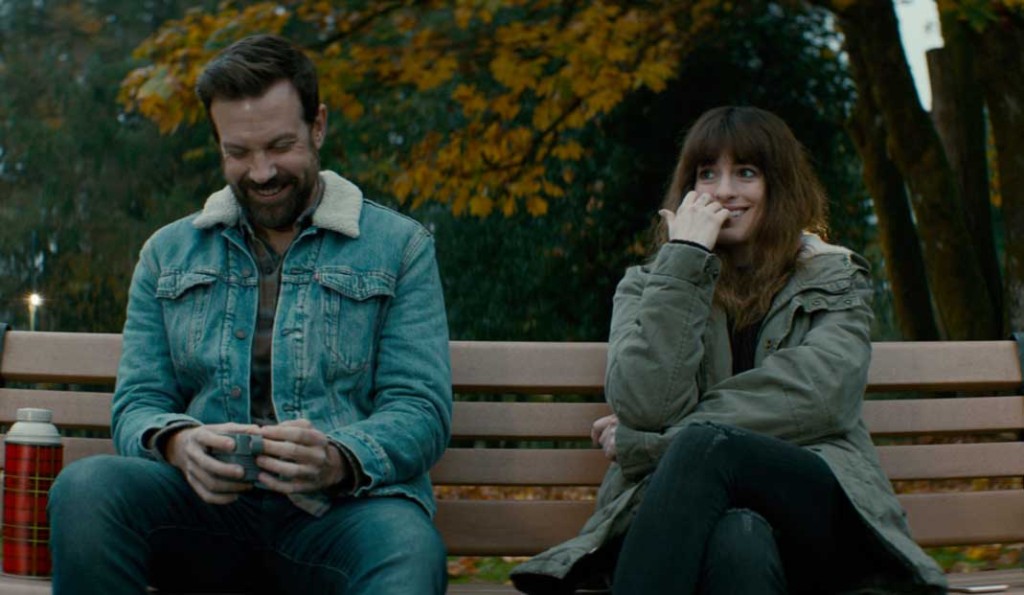 Colossal, Spanish film-maker Nacho Vigalondo’s biggest film yet, is a quirky genre-bender with a fatal credibility problem, one entirely unrelated to its central conceit, a preposterous, cute premise engineered to attract eyeballs across the indie-blockbuster divide.

Anne Hathaway exec produces and stars as Gloria, a thirty-something party girl dumped by her boyfriend (a condescending Dan Stevens) after one all-nighter too many. With no job or place to stay, she has to leave New York for the family home, which lies empty and unused in her small childhood town. While trying to sort her head out and organise something comfortable to lay it down on, her personal crisis is eclipsed by a monumental disaster event shrieking across TV news; an enormous horned monster materialises in Seoul and wrecks havoc on the cityscape. The creature appears again, and again, at the same time every morning, and Gloria notices something familiar about its movements. Incredibly, every gesture of hers is mirrored by her kaiju avatar. Girl’s one shoelace trip away from mass murderer status. As far as high concepts go, Anne Hathaway terrorising the South Korean capital is fifty stories tall. It’s also, unfortunately, a largely wasted one.

The idea of the Japanese kaiju tradition as a political or existential metaphor (a big, radioactive embodiment of atomic catastrophe) is so well-known as to be a pat observation, so Colossal’s swerve into personalised, emotional disaster is an intimate reconfiguring of the genre, one that, theoretically, critically ups the stakes for its struggling heroine; if she can’t get her shit together, Seoul is toast. Hathaway does good work as the listless, down-on-her-luck Gloria, a frustrated, slightly self-pitying but goofy boozehound. But her troubles seem too minor to translate metaphorically to the city-wrecking mirroring. She drinks too much and sleeps in and can’t remember last night’s conversations, and the film’s lightly comic tone doesn’t help press the urgency of recovery. Gloria just doesn’t seem like a disaster.

There’s a structural problem with the conceit, a small niggle that makes a difference. The kaiju mirroring is limited to a set geographical space, a play park near the school run where, oblique flashbacks hint, some past traumatic event set all this in play. So, technically, Gloria can still be a mess, as long as she’s a mess away from the swings. As a possible solution, the film rejiggs the narrative and externalises the conflict via old school friend Oscar (Jason Sudeikis), an initially friendly but deeply damaged bar owner who has his own connection to the monster phenomenon and basically holds the Seoul populace hostage.

The story sets about its developments with all the subtlety of Gloria and Oscar’s lumbering sky-high counterparts. Oscar’s transformation from potential rom-com love interest (big city girl connect with her roots, falls for earnest hometown boy) to dysfunctional asshole is over-egged in the writing. Indeed, both male romantic figures are revealed as moustache-twirling assholes, and Oscar gives ridiculous, unbelievable little speeches; when he nearly sets his bar ablaze to make a point about his hold over Gloria, it’s incredibly melodramatic. Sudeikis’ performance can be genuinely unnerving in its channelling of abusers’ minor-key malice, but the threat to Seoul, depicted in familiar, crowds-fleeing shots, isn’t established with enough care. In emotional terms, the two locations don’t feed off eachother properly, effectively cancelling out the metaphorical ying-yang on which the whole film hangs. A final, rousing, memorable image of triumph comes too late. The damage has already been done. Conor Smyth