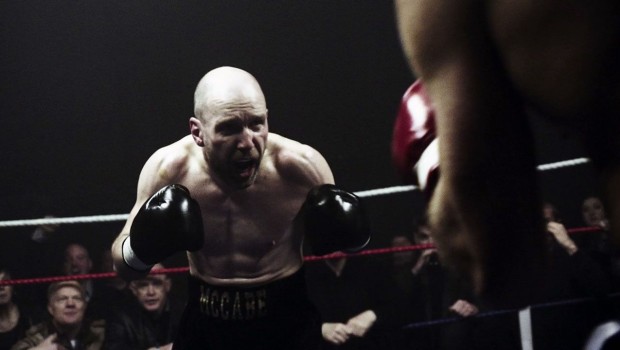 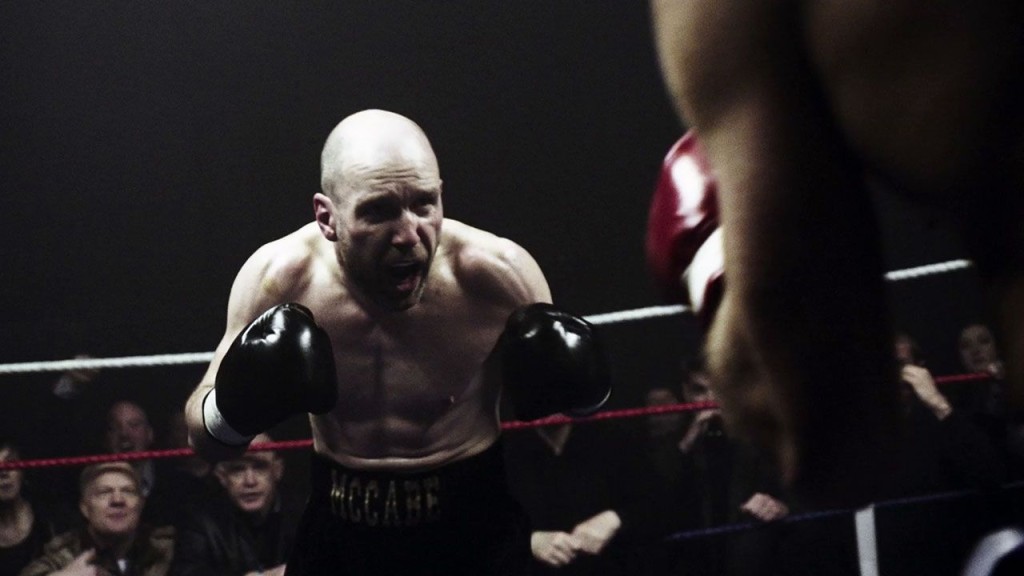 There is no doubt that Jawbone, director Thomas Q. Napper’s debut, follows many of the usual tropes that most of the boxing/fighting movies out there fall into. You could even say that its subplot, dealing with first time writer and star, Johnny Harris’ (Gangster No 1) alcohol addiction, is a formula that has been flogged to death in this genre. However, what gives Jawbone an edge over the rest is its superb cast and acting, the brutally honest and realistic manner in which it deals with addiction, depression and societal decay, along with a refreshing lack of glorification surrounding its premise. But it’s the latter aspect that really distinguishes it from the rest of the pack.

Jimmy McCabe (Harris) has hit rock bottom. While battling alcoholism, the ex-teenage boxing star has drifted into a downwards spiral that he attempts to snap out of by rejoining his childhood boxing club. To do this, Jimmy must win back the trust of the owner Bill (Ray Winston) and his cornerman Eddie (Michael Smiley), who have both witnessed his alcoholism first hand over the years. In a last ditch attempt to get some money together and restore some dignity, Jimmy makes a perilous decision to delve into the world of unlicensed boxing, against a foe known for brutalising opponents. The dilemma for Jimmy is whether he is capable and if he is needlessly putting his life at risk for money and pride.

Jawbone is as gritty as it gets, set in what looks like East End London council estates, the cinematography capturing a landscape of gloom and dilapidation. Jimmy, who has been on a rocky road since his mother’s death a year previously, is at a make-or-break point in his life and is on the verge of losing his childhood home. His last sanctuary, the Union street boxing club, is run by Winston’s Bill, while his main cornerman and trainer, Eddie is played by the incredibly underrated Michael Smiley (Free Fire). Add in a minor role of Ian McShane as the sort of ‘gangster with a heart’ type character, who gives him his shot in the unlicensed fight, and you have what is a top class cast able to deliver natural, believable performances. However, the undoubted star of the show is Harris, with a performance that exudes mettle and authenticity, not to mention his writing of the fantastic script.

The fight choreography is pieced together by Barry McGuigan and is, as expected from a boxer and promoter of his calibre, tight and incredibly realistic. When combined with camerawork that is up close and personal and, at times, almost like a first-person view in a video game, you get a brutal but exceptionally effective take on the claustrophobic and intense nature of fighting on a big stage, even though this is centred around an illegal fight. The training scenes are as real as it gets and Harris is clearly a dab hand at boxing, while Winston and Smiley are absolutely spot on in their roles as trainers. I’m guessing McGuigan’s cornerman son was heavily involved in advising Smiley, who nearly steals the show with an inspired and humour-laced performance.

Napper and Harris have brought together a top notch cast and created a gut-wrenchingly powerful, yet deeply emotive and socially aware film that sacrifices the usual traits of courage, glory and winning, to focus on a more profound and symbolic message in its premise. Jawbone is a movie that is essential viewing for any boxing fan, though it will appeal to all who are open to a challenging watch and can stomach the exceptionally real fight scenes. Impressive stuff from the debutant filmmakers. Kev Lovski