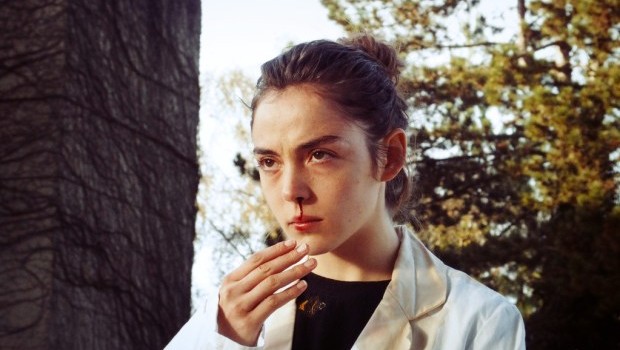 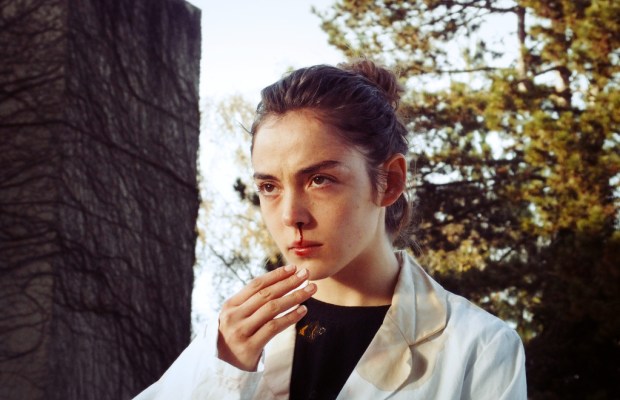 The French rarely fail to impress on at least some level with their film-making. Their absolute disregard for cultural taboos is something that I’ve always admired but with Raw, you could be forgiven for initially thinking that you are watching exploitation cinema at its most gratuitous and possibly grating. To my surprise, writer/director Julia Ducournau’s debut feature turns out to be a deviously sharp horror/social commentary that makes for a carnivorous shocker that is a cut above most others in this genre. Quite the feat!

Following in the footsteps of her family, Justine (Garance Marillier) is an aspiring vet and strict vegetarian who is starting her first term in a veterinary college. On arrival, the naive fresher soon learns that she and her classmates are in for an intense first year, engulfed in hedonistic partying and cruel mind games that are inflicted upon them by the seniors. When she is forced into eating raw meat by her sister as part of an initiation game, Justine’s life starts to take an extreme turn, unearthing some shocking home truths that threaten to create dire consequences for all around her.

After the opening scene of Raw hits like a sledgehammer, you will be left with no illusions as to how the film is going to progress. When the debauchery of the veterinary school life gets into swing, you’ll get a feeling that you may be watching a French version of one of those silly fraternity movies from the US, complete with intense sex and drug-fuelled club scenes and overpowering electronic music. Thankfully, an exceptionally sinister underbelly slowly rears its head, putting Raw in a league of its own, especially when its main plot – which I would avoid reading about – is something which is at saturation point in television and film.

The lead role by newcomer Marillier is a debut that will surely have her in demand, as the transformation of her character from a naive young girl to, well, something on the other end of the spectrum, is a sight to behold. Together with her sister, played by another unknown actress Ella Rumpf, some shockingly unforgettable scenes will grace your screen, of the type that will make even the hardiest of gore fans wince. Ducournau and Marillier both have undoubtedly bright futures ahead. Raw is a combination of fearless acting and directing that is bolstered by a deviously intelligent and socially aware script. Audacious, unflinching and, dare I say it, raw film-making from all involved. Kev Lovski