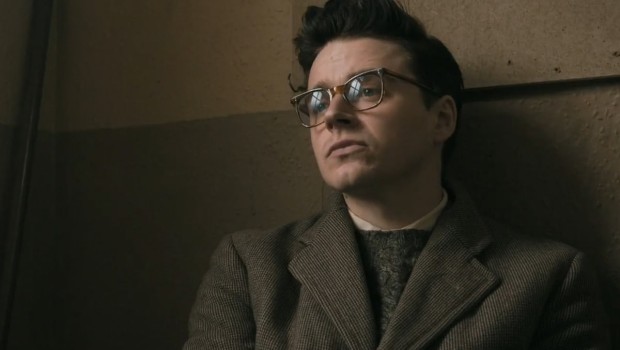 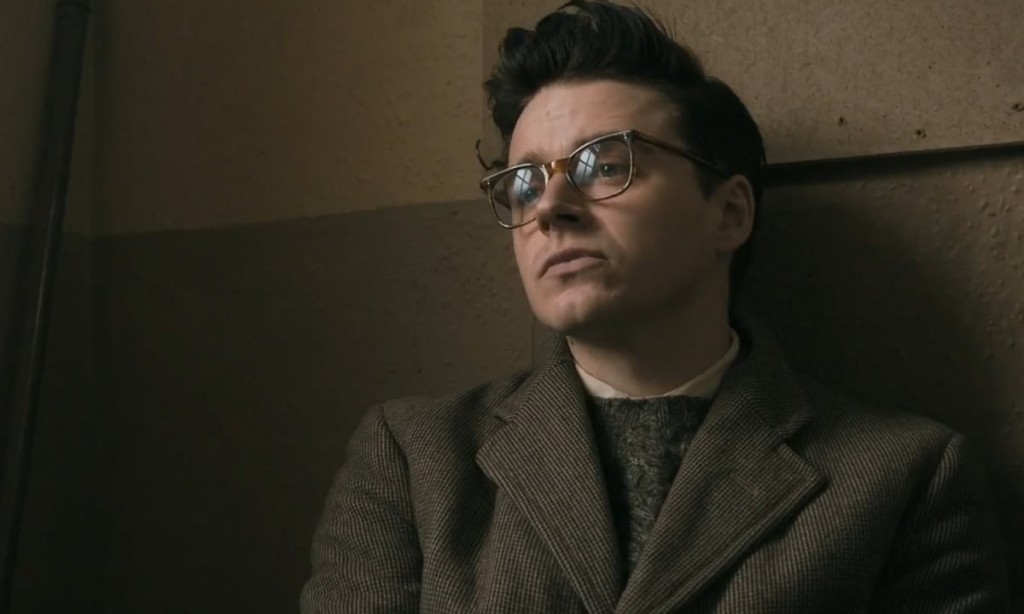 Present-day fans of The Smiths, embarrassed by Morrissey’s descent into unfashionableness, usually preface their admiration with the disclaimer that it’s ‘about the music, not the man’. England is Mine provides the reverse: the man, not the music. Mark Gill’s unlicensed biopic is a portrait of the artist as a moody young man, covering the early stages of Steven Patrick Morrissey’s artistic development, before he began building his first tracks with Johnny Marr (Laurie Kynaston). Basically, it’s a music biopic without the music; in a genre well known for coasting on familiar beats, this is, at least, something new.

Played by Jack Lowden (one of Dunkirk’s spitfire pilots), the teenage Steven is reserved, unsure and prone to fits of self-involved voiceover narration. He views himself as an unappreciated genius oppressed and depressed by the working class confinements of Mancunian red-brick life. In the bubble of his under-lit bedroom, Oscar Wilde’s portrait stares down like a Madonna, and Steven retreats to his notebook, typewriter and NME clippings. He wants to be someone, but he’s not sure who, or even how. His friends, first the down to earth Anjy (Katherine Pearce), and then kindred spirit visual artist Linda (Jessica Brown Findlay), urge him to quit stalling and start doing things. But boy does Steven like to stall.

England is Mine is not so much about the incubation of The Smiths as it is about the broader experience of being young, ambitious but unfocused. More prologue than origin story, it’s a film about waiting around for your real self to emerge, the story building to the moment at which a typical music biopic would pivot to a ‘making it’ montage and triumphant third act. Without the catharsis of recognisable hits, the film has a strange, restrained rhythm, and is bound to leave many Moz fans unsatisfied. A generous reading might say this suits the theme of frustrated creativity; a more realistic assessment is they did the best they could without back catalogue access.

Small as the film is, there is a relatable ordinariness to the story and its locations. The Morrissey household resembles a kitchen sink drama with coddling Mum (Simone Kirby), skeptical sister (Jodie Comer) and scolding Dad (Peter McDonald). When Dad packs his case, Steven gets a grim office job at the Inland Revenue, producing larky comic moments of him sneaking in late and bunking off to write on the roof. Lowden’s performance is unshowy with streaks of the ridiculous and the unbearable. Later, trademark quiff and sneary confidence in effect, he mocks a job centre goon with an alternate reality in which he could be Manchester’s first poet laureate if only he hadn’t surrendered to mediocrity.

In The Smiths, Marr’s guitar helped give energy and urgency to Morrissey’s flouncing lyrics, and England is Mine could have done with a similar counter-weight, often taking for granted the sincerity of Steven’s regular hyper-verbal sighs. Like young Steven, it looks like those hoping for a substantial, vivid cinematic take on the man will have to wait it out. Conor Smyth

England is Mine is screening in Queen’s Film Theatre, Belfast until 17th August.

England is Mine Conor Smyth