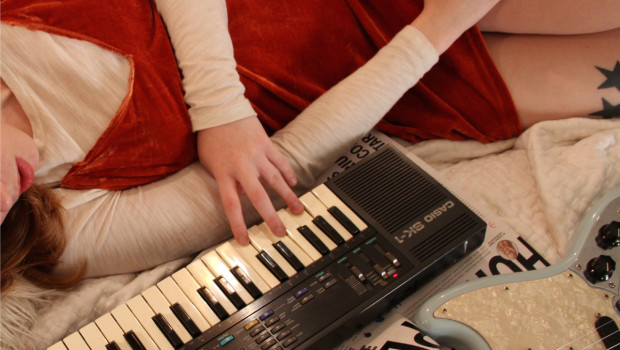 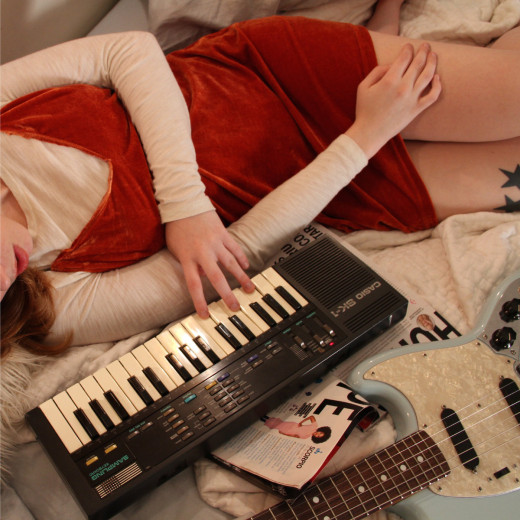 In her debut album to be released through Fat Possum, Sophie Allison’s Soccer Mommy brings a new lease of life to previously released tracks, along with introducing a promising new era with two new ones.

In recent years, Allison has become renowned for her lo-fi bedroom recordings, earning her quite the following on Bandcamp. Previous EPs, Songs From My Bedroom and Songs for the Recently Sad were the proud product of a simple TASCAM mic and Garageband set-up, giving her music its trademark, serene vocals and intimate charm as she shared her thoughts on young love, relationships and, more recently, her own self-confidence. She has achieved this through tranquil melodies and honest lyricism; each song ripe with a controlled angst that softens their edges. Allison has previously vocalised the struggle she has had in shedding the “Sad Girl Music” label that critics and listeners alike have pinned on her. In Collection, Allison is once again denouncing this misconception as she swaps the TASCAM and bedroom for a full band in a studio and channels her true artistic vision in a fuller, more assertive work.

In order to appreciate Allison’s efforts in Collection, one must take to her Bandcamp and listen to the original demos. This is far from your stereotypical “glow-up” or remastering. The simple addition of a real drum-kit completely changes the tone of a song, as heard in the track ‘Try’. While the introduction of a full band has enhanced Allison’s bedroom recordings to a more clean and professional sound, she’s still managed to maintain the intimacy and charm. With the full band comes a whole new palette of tone and emotional variation for Allison to work with; drums to intensify the passionate rage in ‘Death By Chocolate’ and infectious guitars to raise the heights of delight in ‘Benadryl Dreams’.

Collection isn’t all about refurbishing the old, however. Two brand new tracks, ‘Allison’ and ‘Out Worn’ also feature on the album. There’s a stark contrast between these tracks and their older counterparts in both theme and sound. ‘Allison’ is the first track to stray from the running theme of love and relationships and instead focuses on her character, (“Allison put down your sword”) in what acts as a sort of lecture to herself. Meanwhile ‘Out Worn’ is the only track to give us a reliable snippet of Soccer Mommy’s future. From the opening chords alone it’s clear that this song was composed for a full band whilst the others still carry the limitations of a being written in a bedroom with a single guitar. Allison plays with arrangements and works her vocals to compliment the band that is now accompanying her to deliver the best track on the album and a promising new era for Soccer Mommy.

Collection can only be described as the drawing board for the next album. Now that the past has been revamped to accommodate Allison’s new direction, it paves the way for something very promising going forward. Christine Costello

Summary: Check Out: 'Allison' 'Out Worn'