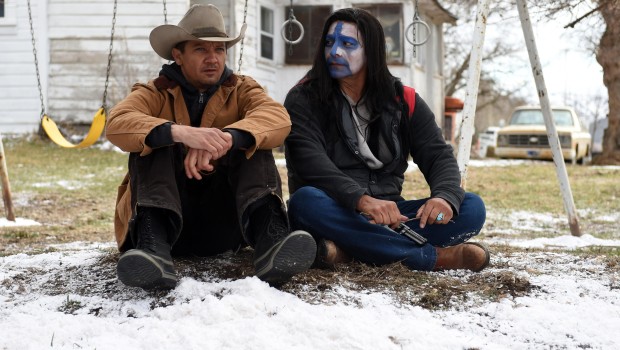 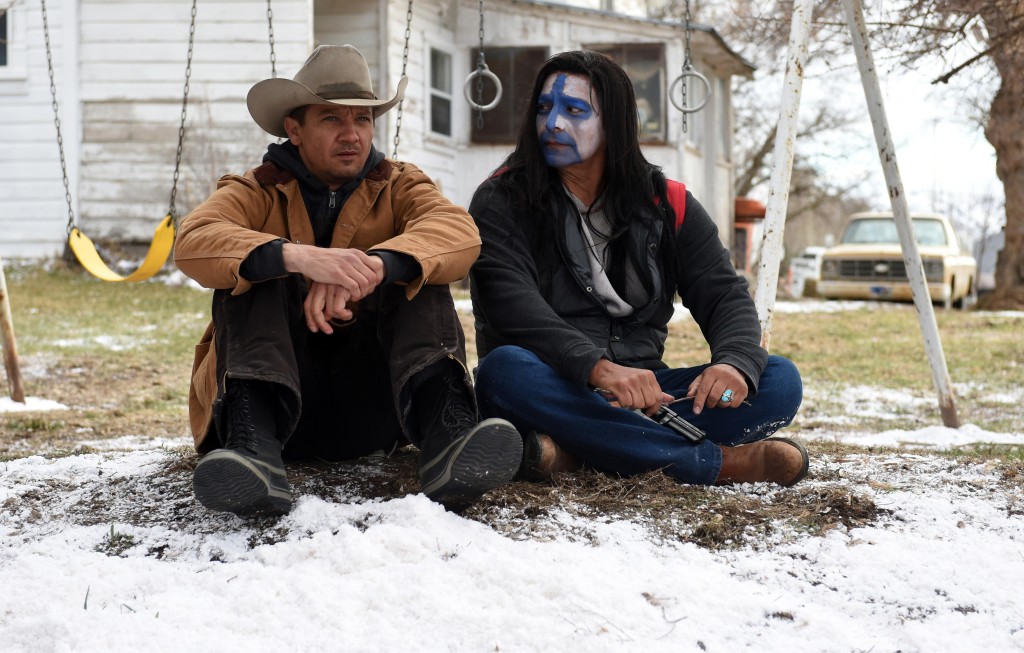 Land is a recurring theme for Sheridan, the screenwriter behind two of the best neo-Westerns of recent years, Sicario (directed by Denis Villeneuve) and Hell or High Water (directed by David McKenzie), the latter earning him an Academy nomination. Who owns the land, who takes it, who protects it and — most importantly — what kind of justice is available on it. Both films used frontier geography to tell stories about endings and broken systems, and the moral compromises of righteous avengers.

For Wind River, Sheridan directs too. It’s not his directing debut — he did 2011 horror movie Vile — but it feels like an auteur piece, connecting Wild West imagery and familiar thematic interests to the one of his most keenly-felt subjects: the unjust treatment of Native Americans. On Wyoming’s Wind River Indian Reservation, a territory of ice-white desolation, U.S. Fish and Wildlife agent Cory Lambert (Jeremy Renner) stumbles on a frozen corpse while out hunting mountain lions. The young Native American girl, Natalie, shows signs of sexual assault.

The FBI’s Jane (Elizabeth Olsen), who happens to be the closest agent, flies in, unprepared for the pitiless sub-zero conditions, an outsider eager to bring some authority on the insular Reservation community, which has its own police chief (Graham Greene) and an unspoken code of justice. When the dead girl’s father (Gil Birmingham) suggests to Cory that he execute the perpetrator, Cory gives a reaction of tacit understanding. Cory’s veteran hunter, a man of the land with an eye for snow tracks, pitches in, and the cops get to work on the homicide.

Wind River is billed as a murder mystery, but it’s not much interested in the mechanics of sleuthing. The investigators move from victim to possible subjects and final confrontation briskly, with little distractions of red herrings or shaggy subplots. There isn’t much surprise in how the story opens out, a sense of inevitability that compounds the emotions of grief, decay and a steadily unfolding historical tragedy.

Western imagery of wide-open scenery, historically used to denote freedom and expansion, an invitation to possible futures, was deployed for more complicated effect in Sicario and Hell or High Water, which used aerial shots and flat plains to communicate desolation and encroaching menace. Wind River follows suit. The film swaps their hot sands for Wyoming’s harsh, mountainous snowstorms, creating an atmosphere of hostile oblivion set to Nick Cave and Warren Ellis’ mournful score. Past pain bears down, Cory still grieving over his late daughter, devoured some years ago by the frost, while the future narrows. The Reservation, marked by drug abuse and aimless young people, is a dead end spot, college and military offering the only escape hatches.

This is a solid transition from Sheridan, even if he neglects some areas of the film. High Water and Sicario built solid genre pictures around their moral unease, working as a heist movie and cartel thriller, and Wind River is less sharp footed. Jane’s personality is underdeveloped, Cory’s struggle is a little one-note and the Native Americans, so important in the abstract, could have done with more interior work. Sheridan’s characters sometimes feel like props for him to hang his themes. And visually, his flat surfaces don’t have the rich, layered menace we saw in Sicario (which, to be fair, did have heavyweight help from Roger Deakins).

Wind Rover‘s plot is not wholly satisfying — in ways intended and not — but when the action explodes in sudden shootouts, it’s swift and brutal, the violence of hunters. Conor Smyth

Wind River is on wide release and is showing at Queen’s Film Theatre, Belfast from 15th September.