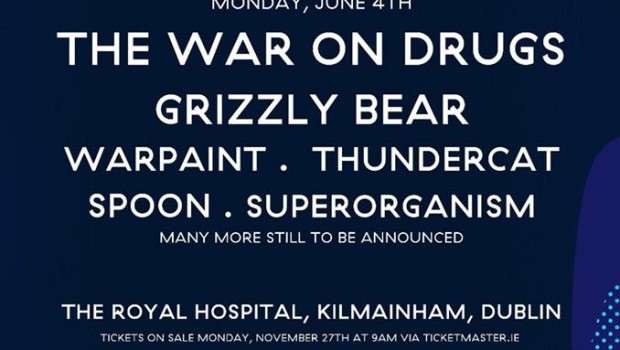 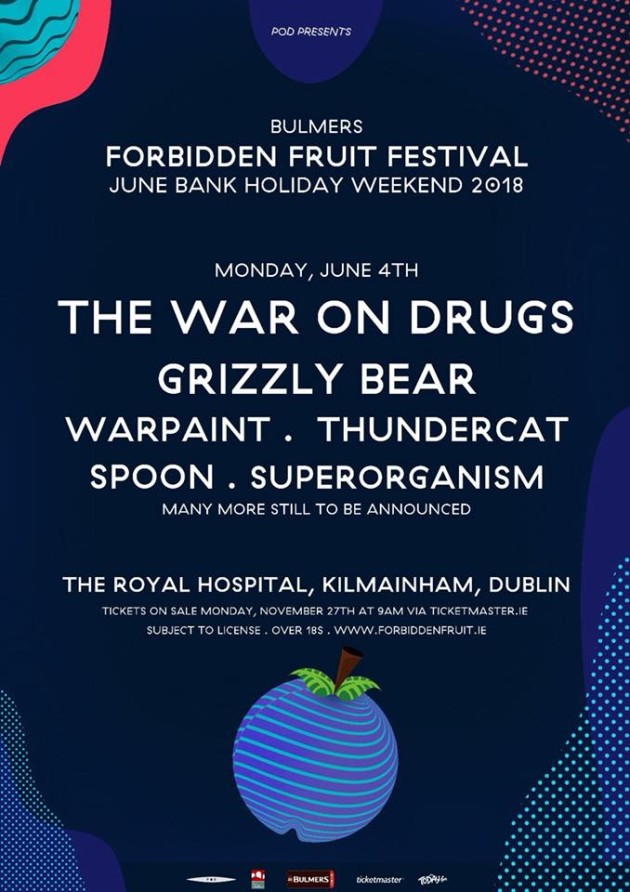 The June Bank Holiday weekend returns, and with it comes Bulmers Forbidden Fruit Festival, which runs from Saturday, June 2 until Monday, June 4. Amongst the first wave of indie-heavy announcements are Monday headliners, mellowed-out stadium-fillers The War On Drugs. This follows the release of their latest album, A Deeper Understanding.

Sharing the bill on Monday are Grizzly Bear – just off the back of 2 tremendously well-received sold-out dates at Vicar Street – Warpaint, Thundercat, Spoon and Superorganism. Stay tuned for more announcements.