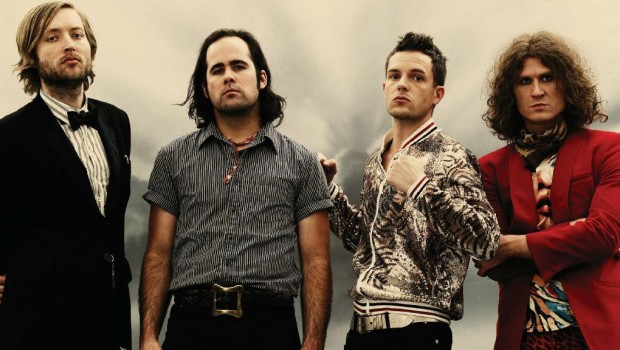 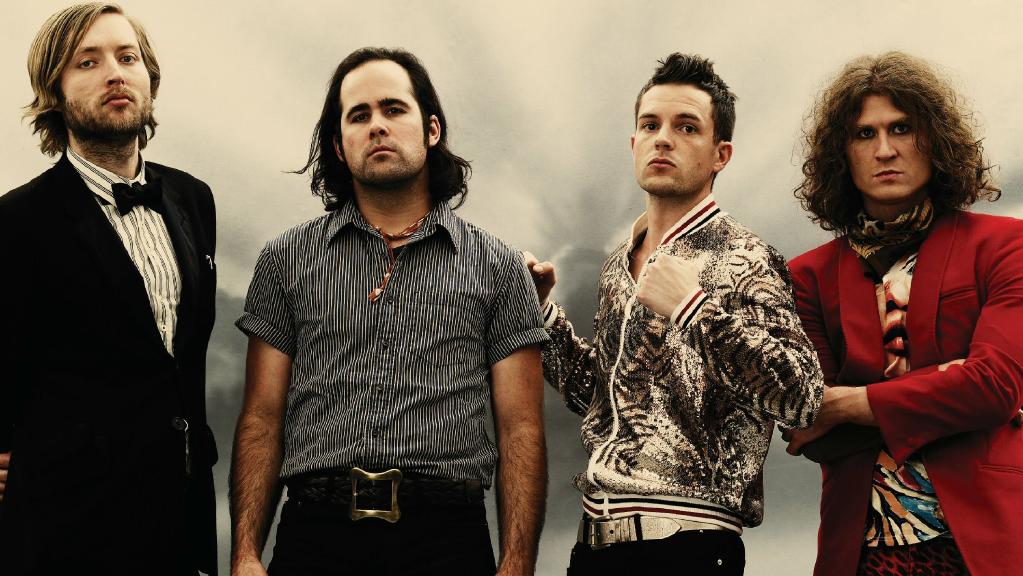 From the moment we set eyes on The Killers’ set at the 3Arena, we know it’s going to be a surreal experience. The stage set – a fine cross between the Vegas strip and a church altar – glitters to life as touring guitarist Ted Sablay strikes the opening chords of ‘Wonderful Wonderful’. Brandon Flowers struts on stage and dominates it. A single spotlight shines down on the pastor as he addresses 9,000 disciples.

After two songs, The Killers grace us with a few lines of – admittedly cringe-worthy, scripted – banter to create that faux-rapport. It falls dead with the crowd, but they’re quickly resuscitated via the first glimpse of Hot Fuss in the form of ‘Somebody Told Me’. While the crowd quakes with more expectation than any of the previous Wonderful, Wonderful tracks, Flowers feigns interest. The artist and audience fall on opposing levels; when Flowers is bursting with passionate reverie in the newer tracks performed, the crowd falls to a lull. That said, when the classics finally show, Flowers slips into a numb, robotic routine, seemingly unaffected by the thousands singing along.

Crafted as a stadium filler, ‘Runaways’ – the lead single of 2012’s Battleborn – never did fulfil its purpose during the original tour. Tonight, however, it’s perceived in a whole new light. The crowd reacts to the track as though it were taken straight from the golden age of The Killers, each word and beat resonating back onto the stage, much to Flowers’ delight. Towards the final rounds of the chorus, Flowers’ beaming grin is near-audible through the mic as Dublin give the song the platform it never had. Other lesser-known tracks such as ‘Dustland Fairytale’ and ‘This River is Wild’ also make an appearance but a moment’s silence for ‘Sam’s Town’ that just didn’t make the cut.

Tonight, Flowers intertwines tracks and eras, as the versatile stage set morphing and changing to fit the various album aesthetics. There’s an undeniable fear of whiplash as The Killers toss us towards the dizzying heights of 2004 before letting us plummet to the depths of 2017’s album tracks. That said, it’s in these Wonderful Wonderful tracks where we see Flowers truly shine as a performer in his synthesizer sermons, from the emotional ‘Rut’ to the Las Vegas extravaganza of ‘The Man’, all sparkling suits, flamboyant struts and a great, big Mars symbol rising from the middle of the stage. Not a single penny was wasted on the aesthetic flair of this concert but, unlike most acts, the novelty set is far from a crutch for The Killers. Despite the odd lull, the audience never give up and, in return, they are rewarded with the gospel that is Hot Fuss in all its glory.

At its peak, the 3Arena is host to scenes of biblical proportions this evening; 9,000 people with their arms swaying, flooding the arena like a vast sea. Flowers stood proudly on his makeshift altar, leaning into the crowd, leading them. For ten solid minutes, there isn’t a single sound outside the droning mantra, ‘I got soul, but I’m not a soldier’. It echoes throughout the arena to create one of the few spine-chilling moments of this performance.

Somewhat inevitably, The Killers tease an exit, only to be dragged back on stage by a chorus of Olé’s despite tonight’s harrowing qualifier result for the Republic of Ireland. Here we meet the premature peak of the concert, three songs before its closure. ‘The Calling’ is the final piece of the puzzle that completes The Killers’ spiritual journey throughout their repertoire; a bible reading, a brand new suit and a heartstopping bass-line. These, among many other factors, transformed ‘The Calling’ into a divine experience far greater than anything a studio could ever capture. ‘The Calling’ will go down in history for defeating the unbeatable and achieving the impossible as it steals the show from ‘Mr. Brightside’, claiming its title as the true finale to The Killers’ 3Arena show. Christine Costello