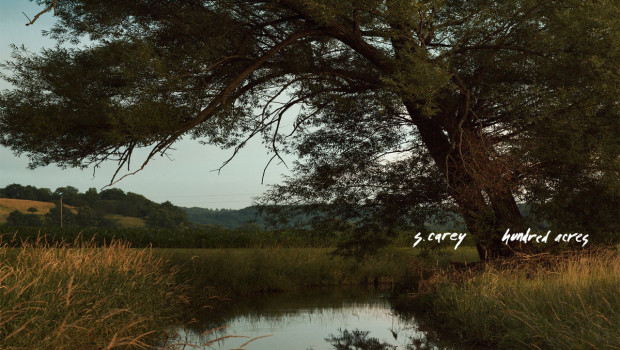 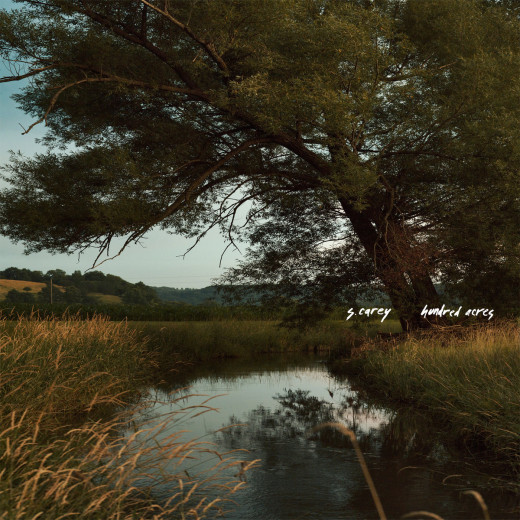 Try as we may, it is difficult to separate S. Carey’s music from that of his long-term collaborator and Bon Iver bandmate, Justin Vernon. Despite two full-length solo albums and two EPs being released in the past eight years, it’s been hard to dispel that intrinsic comparison. His third LP, Hundred Acres, does little to change that.

Written over the course of a few years, Carey’s third full length release was crafted while his family grew and touring was intermittent. The Bon Iver influence is, as one might expect having listened to Carey’s previous offerings, obvious as ever. If there is a defining difference, it is that Carey strips things back more than Vernon typically has done since For Emma, Forever Ago, opting for a simple acoustic guitar to backbone most of the tracks. The Wisconsin native described leading single ‘Fools Gold’ as the song that started the whole record; “everything came out of it and the vibe it created.” With gentle strumming, and soft, barely-there vocals, the track is indeed a perfect summation of what you can expect from this record. Recorded, mixed and produced at home and in various studios in rural Wisconsin, old bandmates Zach Hanson, Ben Lester, and Jeremy Boettcher, are enlisted once again, while some new collaborations are seen in the form of  Rob Moose (yMusic), Casey Foubert (Sufjan Stevens) and Sophie Payten (Gordi).

The album is described as one which “lays bare the intricacies of life while keeping its ideas uncomplicated.” In the course of the lengthy press release, this “simplification of songwriting” and “lyrical straight-forwardness” is coloured in such a way that it appears to be indicative of confidence, worldliness, sophistication. Despite how eager we should be to embrace Carey’s desire for “daily life to be unburdened of anxiety,”  it’s hard to be sold on the idea that his sparse songwriting achieves this. “I don’t say too much / no need to say too much” he sings on ‘Emery’, seemingly self-addressing the issue. Does music always have to say something? Maybe not. But when the tracks melt together to the point that you’re not sure when one ends and another begins, some sense of storytelling might help keep the listener engaged. The closest Carey comes is ‘More I See,’ where he repeatedly chants “the more you know, the less you see”. One can’t ever really be sure what he’s trying to say.

It’s not say that Hundred Acres isn’t a “nice” listening experience. On the contrary, it’s quite lovely. There’s an alluring, lilting quality to ‘Yellowstone,’ in which Carey sings “We should lose our way, before we lose our minds”. This is something the album can offer you – a chance to space out. Minimalism and an affinity for nature define Carey’s soundscape, and listened to with this in mind, it is successful.

The title track offers lush instrumentation and soothing harmonies, perfect for a stroll in the woods when you don’t want the music in your ears to take away from your experience of the nature around you. ‘Have You Stopped To Notice’ is steady and grounding, in a way that might actually lead you to taking a breath and taking note of where you are in the moment. The tracks fades into closer ‘Meadow Song’ which continues this train of thought, and could easily be used to guide you into a meditation session.

While this album has the potential to soundtrack a sleepy Sunday or a nature walk, there’s nothing here that would compel you to stray from the likes Sufjan Stevens, Iron & Wine or, indeed, Bon Iver. Tracks like ‘True North’ and ‘Rose Petals will surely be added to autumnal and coffeehouse playlists, but there’s nothing here to differentiate S. Carey from the other artists on those playlists that so often act as mere wallpaper. A trained percussionist with roots in classical and jazz, and a cornerstone of Bon Iver, there’s no doubt that Sean Carey is a talented musician capable of greatness. But while Hundred Acres is soothing and warm, its simplicity does its artist a disservice, and it won’t do much to elevate him beyond his contemporaries. Nicole Glennon