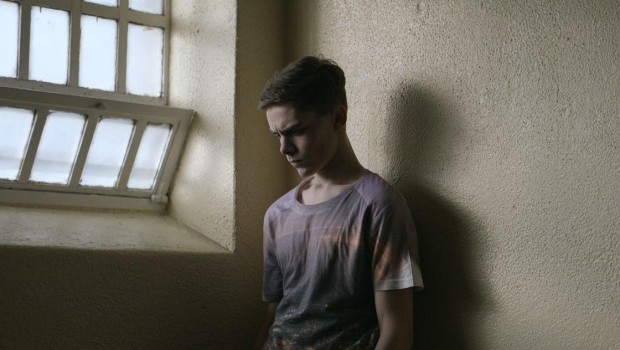 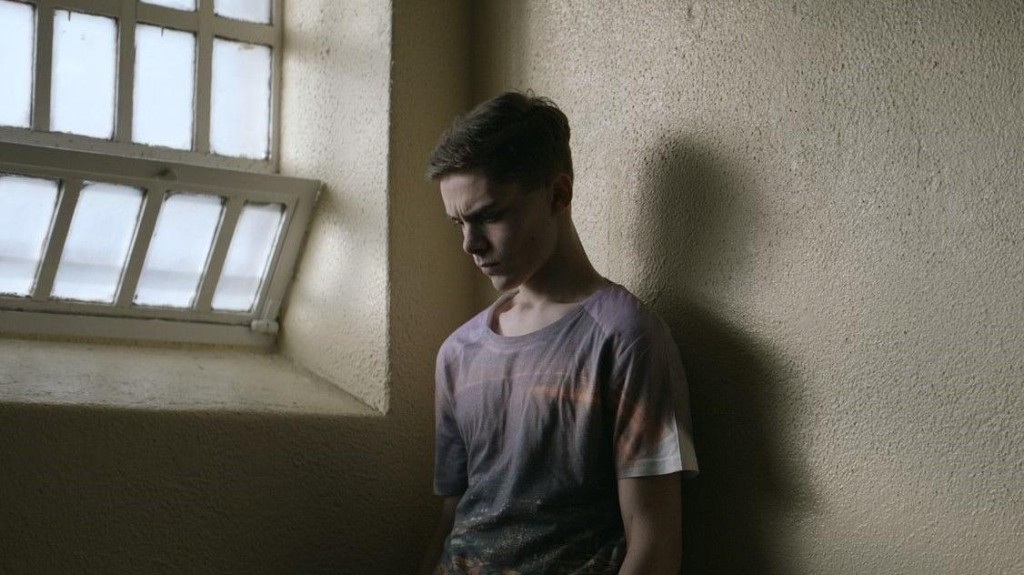 There can be a certain suspicion about films that generate a lot of positive advance word. Can any film really be that good? Is it all hype? Thankfully, the fuss about Michael Inside is justified. This is a terrific piece of film-making about the consequences of one moment in a young man’s life.

Michael McCrea (Dafhyd Flynn) is 18 years old and lives with his grandfather Francis (Lalor Roddy) in a housing estate in a disadvantaged area of Dublin. His father is in prison and his mother died from a drugs overdose when he was younger. Michael has plans to go to college and get a good job. He has plenty of encouragement to remain focused on his dreams from Francis and his girlfriend Orla who insists he avoid any involvement in criminal activity.

However, the impressionable Michael agrees to hold drugs as a favour for his friend’s older brother. It is this decision that affects everything that follows: Michael is caught and sentenced to three months in prison. As he adapts to life on the inside, he comes to the attention of another prisoner, David (Moe Dunford), who takes the young man under his protection. On the outside, Francis comes under pressure from the local gang to pay off the value of the drugs seized when Michael was arrested.

Written and directed by Frank Berry, Michael Inside is a study of the Irish prison system and its impact on the lives of offenders and their families. It’s his second feature, following 2014’s I Used to Live Here. Berry workshopped Michael Inside with former offenders involved with the Irish Prison Service’s post release programme and this gives the film a haunting authenticity, and decision to film inside the old Cork Prison adds to its sense of realism. Door after door bangs shut behind Michael as he enters his new environment and comes to realise how isolated he is in this place.

Winner of the Best Feature Film at the Irish Film and Television Awards (IFTAs) 2017, Michael Inside benefits from strong work from its cast. Flynn and Lalor both give understated and moving performances that emphasise the unspoken bond between Michael and his grandfather. As David, Moe Dunford’s work results in an unsettling and menacing performance that leads to the film’s most violent moments. But the camera does not linger on these brutal acts for long. This isn’t a story that revels in its own violence. Instead, it focuses on Michael’s face to capture his response.

This tight focus follows Francis too. The debt may not seem like much but for Francis, it is a small fortune. Intimidation takes many forms from the knock on the front door to the man holding a baseball bat. Attaching safety chains to the door conveys fear far more effectively than any dialogue.

Throughout the film there is a pervading sense of despair that suggests that the events of the film were unavoidable. The characters are stumbling through as best as they can. Class and social disadvantage create additional obstacles that Michael must face. His own foolishness may have caused him to land in this mess, yet the film argues eloquently that Michael’s initial mistake is compounded by a justice system that lacks compassion for the vulnerability that follows from relative disadvantage.

Michael Inside isn’t the easiest film to love. But, it is well done and says something about the effects of social disadvantage within Irish society. Some mistakes echo through a life. It is these losses and their consequences that can never be measured. Eimear Dodd

Michael Inside is showing at the Irish Film Institute, Savoy Cinema and Cineworld Dublin.