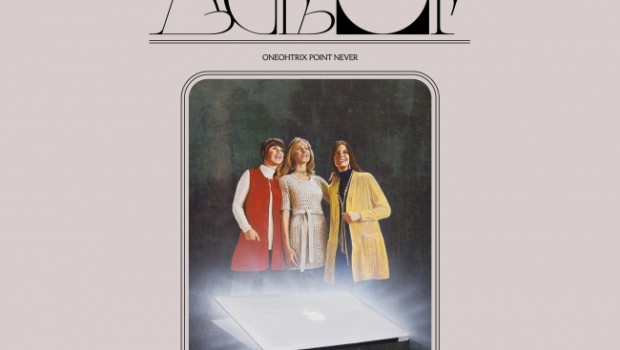 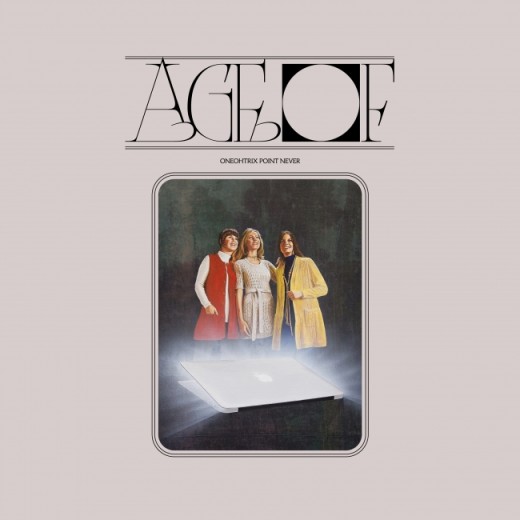 With his tenth dense and knotty release, Oneohtrix Point Never (AKA Daniel Lopatin) has constructed a lysergic, glitched out rebuke of internet culture, mapping out the deepest recesses of our often cracked and wildly over stimulated minds.

Tackling themes of knowledge and truth in the Internet age, Lopatin takes his lofty queue from ’70s Prog to create a dystopian concept album wherein a singularity of artificially intelligent entities have become all knowing, absorbing the entirety of the world’s information from the internet. Of course, the Internet being the Internet, the information they have absorbed is riddled with inconsistencies, contradictions and glaring inaccuracies and before long the overwhelmed beings find themselves longing for the relative peace and simplicity of human ignorance.

The chaotic and labyrinthine songs on Age Of closely replicate this feeling of being bombarded by a glut of information and stimuli, pelting the listener with warped and incongruous sounds ranging from synthesised harpsichord and rippling koto figures to blasting arrhythmic beats and demonic screams. The sense of anxiety on record is palpable, with many tracks eschewing all semblance of traditional structure, appearing and dissipating like intermittent radio signals and shapeshifting with wild abandon, concealing heart stopping bursts of industrial noise around every hairpin bend.

It is the album’s schizophrenic range of tonal voices though which really stands out, elevating the album beyond mere noise experimentation and ensuring that there is much beauty to be found interspersed with the record’s more mercurial and untameable edges.  For every track like ‘We’ll Take it’, a windswept hellscape of slamming door percussion and dentist drill synths, there is the luscious baroque grandeur of the title track or the unlikely pop confection of ‘The Station’.

The title track announces itself with a spring downpour of cascading MIDI harpsichord plucks which steady themselves into a stately melody that wouldn’t appear out of place in a 15TH century Neapolitan parlour. The arrival of buzzing sawtooth synths subvert proceedings and the unusual instrumental provides a clear album highlight.  ‘The Station’ meanwhile was purportedly the result of a scrapped collaboration with early 00’s pop juggernaut Usher and the off kilter R&B inflected track rides a gently soulful plucked guitar line while robotized vocals provide the albums most immediate top line, all the while staying on transhumanist message, “It must be an infestation, Something that I can’t control… No one needs this information”.

‘Babylon’ sees Lopatin try his hand as a Bon Iver style electro balladeer, but the song’s forgettable melody floats dangerously close to MOR territory and the experiment yields decidedly mixed results. One significance of the track though is that it sees Lopatin take on vocal duties for the first time since 2010 and it is one of four album tracks on which his fragile voice takes centre stage. The presence of the human voice and the collaborative atmosphere fostered through contributions from  Pruriant, James Blake and Anohni (whose strident vocal turn on the Valkyrian ‘Same’ all but steal the show) help to humanise the release and make this potentially unwieldly concept album a more digestible affair.

Inspired by cinematic works as varied and unlikely as Kubrick’s 2001: A Space Odyssey, the collected works of Robin Williams (Hook in particular, but no mention of Flubber?) and Clive Barker’s HellRaiser, Age Of veers appropriately from the artfully intellectual to the absurdist, to the plainly terrifying.  Far from convoluting the record though, the sheer range of divergent styles and sounds help to make Age Of  compulsively listenable and cement the release as Oneohtrix Point Never’s most challenging yet likeable work to date. James Cox