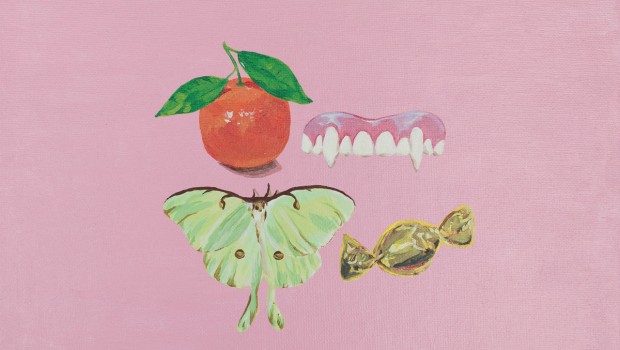 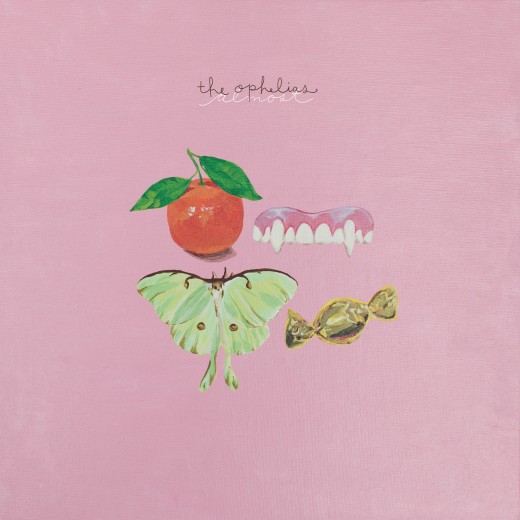 Very occasionally you hear an album that neatly demonstrates its full mission statement within seconds of starting. The opening number is normally a musician’s calling card, but generally this takes a few minutes to let the audience in on what’s being attempted. There’s a real delight in encountering music that is so self-assured and confident that it’s willing to show all of its cards as soon as the chips are drawn. To The Ophelias credit, they give you a nice ten-second window in which to decide if this is going to be for you. If you think that a high pitched staccato piano, with the timbre of Christmas bells and harmonious backing vocals, effortlessly transitioning into lo-fi indie rock is a bit too much, then jump out now. But if you’re in any way intrigued, then dive in headfirst because their latest LP, Almost, very much delivers on the promise of those first few moments.

What is instantly apparent with this collection is a sense of delicacy. There’s such aura of grace, elegance and, oxymoronically, reservedness that it feels as though if you focused too hard on it, the whole thing would shatter into a million pieces. But it doesn’t. The further you investigate this under a microscope the more layers of hidden poise and coolheadedness emerge. For a great example of this, look no further than the vocal harmonies which are strewn throughout the album. You take almost any track and find a piece of vocal work that is simply sublime. To take one moment in isolation, a real standout is the opening movement of ‘House’. Surrounded by metronomic piano and atmosphere of ill-ease those vocals rise above everything and capture that same sort of magic as The Breeders. Another absolutely gorgeous moment occurs during the chorus of ‘Lover’s Creep’. It’s silky and perfectly positioned against prominent and powerful violin driven harmony. There’s so much wonderment going on here that at times it’s hard to actually take it all in.

The band lean heavily into this idea and try as much as possible to transition between genres. While there is certainly a clear identity, a sort of Neutral Milk Hotel approach to rock music filtered through the bombastic tendencies of Mates Of State, there’s definitely a looseness in what exactly things may end up. The beautiful ‘O Command’ begins with pristine, isolated vocal shrouded in strings which gives way to a twitchy, nervous Zero 7 like downtempo chorus and distorted coda. When it wants to get more straightforward and dirty, it knows how to the do it. The production here is incredibly good. Listen out for the bass on ‘Night Signs’ and ‘General Electric’ which are smooth, yet dense and hefty. Similarly, the drums on a track like ‘Bird’ are stripped back to the right level so they sound crisp and harsh. The sizzling rattle of a hi-hat is used to great effect on this LP. Now, these shifts in tone and rhythms don’t work all the time. In the case of the opener, ‘Fog’, it’s arresting and exciting. But in the case of ‘House’, the progression that happens halfway through is clunky and awkward and pulls you out of an otherwise excellent experience.

The real strength of the record though it is brevity. It knows exactly how long it needs to be and doesn’t outstay its welcome. Clocking in at under 30 minutes, you can really appreciate what they’re trying to do within that time frame. By the end so much has come at you, that this moreish tendency creeps in and begs you for another spin. This applies to each of the individual songs as well. The songs range from a minute and a half to four, but each of them does exactly what they need to do and then gets the hell out of dodge. As a short album, it’s a genuine treat and one that pays huge dividends. Odds are it won’t be an album of the year contender, but it is an impossibly pleasant listening experience. Crucially, it sets up this four-piece on a path to release something truly great, which if this anything to go by, should be coming imminently. Will Murphy

The Ophelias – Almost Will Murphy