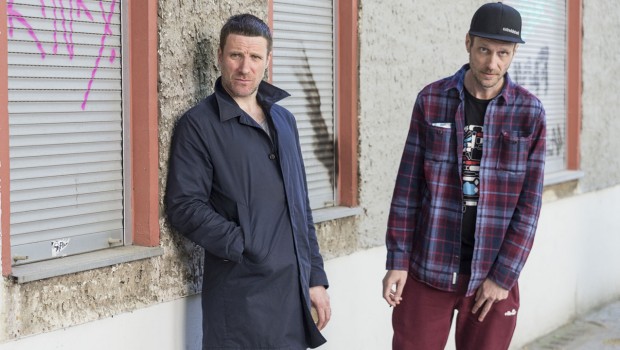 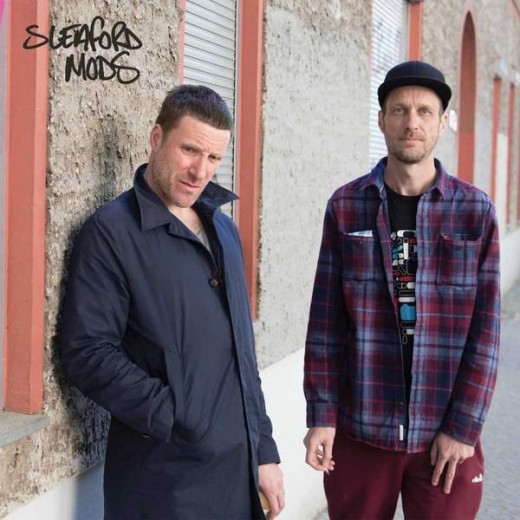 When it comes to Sleaford Mods, there are two very distinct types of people in the world. Those of us who find ourselves instinctively drawn to the visceral fury and elusive musicality of the band’s butt ugly beats and those who struggle to separate the band’s sound from that of a Dragon Soup fuelled brawl out the back of an east Midlands lock-in.

The duo’s excellent new EP is unlikely to challenge either camp’s perception… But this seething carnival of misplaced rage, artful profanity and darkly comic tales of divey bars and twitter feuds combines to create a vibrant rebuttal to the UK’s growing sense of disenfranchisement.

Opening salvo, ‘Stick in a five and go’ builds on a skull stomping bass groove as vocalist Jason Williamson paints a potentially disturbing but frequently hilarious picture of a social media disagreement taken to extremes. Unable to forget the tail pulling taunts of a Twitter troll, the song’s protagonist launches a mad cap revenge plot, bribing a civil servant and stealing a Royal Mail uniform in a bid to track down and ensnare his virtual nemesis, hoping to hit him a good dig and settle the argument in the real world, “Stick in a five and go!”.

These temple throbbing, violent impulses are nothing new in Williamson’s oeuvre, but they do seem to loom especially large on the Sleaford Mods Ep. ‘Bang Someone Out’ jiggles atop a frenetic and oddly cheerful organ and bass vamp as Williamon’ spittle flecked diatribe expresses a burning desire to cleanse and validate by knocking someone out; violence the only recourse in an ‘evil constituency’ helmed by an uncaring government. “The Plague rolls down from the hills up there, it’s fit for work if it can shit and stare, this is how it’s gone on in the United Kingdom.”

Musically, the Sleafords have never been ones to broaden their pallet unnecessarily, subsisting mainly on a diet of grimy, monophonic beats and rumbling bass loops. The entrenched minimalism of their sound though is deceptively complex, full of subtle melodic motifs and off kilter danceability, from the percussive hawked phlegm on ‘Spit Tray’ to the coiling bass of “Dregs”, so pleasingly reminiscent of the Super Mario games’ ‘Underground Theme’.

The most striking musical sidestep though comes with the Ep’s final track, ‘Joke Shop’.  Here the duo’s hip hop influences come more clearly into focus with a hard backbeat and steel-drum effect synth groove. Most strikingly, Williamson trades in his red faced sprechgesang for a softer, more somber approach, even dusting off his oddly earnest singing voice last heard on English Tapas’ ‘I Feel So Wrong’.  His high pitched vaudevillian vibrato somehow coming off even more sinister than his more in your face tirades.

While the uninitiated may be tempted to view Sleaford Mods’ work as bratty and simplistic in its ferocious taking down of all comers, the sound and lyrical content of their work is deceptively intellectual. Williamson’s incendiary verbal assaults are unquestionably aggressive, but they are also intricately layered and drenched in irony and humour. Factor in the frenzied, foul mouthed delivery and occasionally impenetrable Nottingham slang, this can be a lot to unpack but those with an open mind (and strong stomach) will be paid handsomely for their patience with this staggering release. James Cox

Summary: Check out ‘Stick in a Five and Go’ ‘joke Shop’