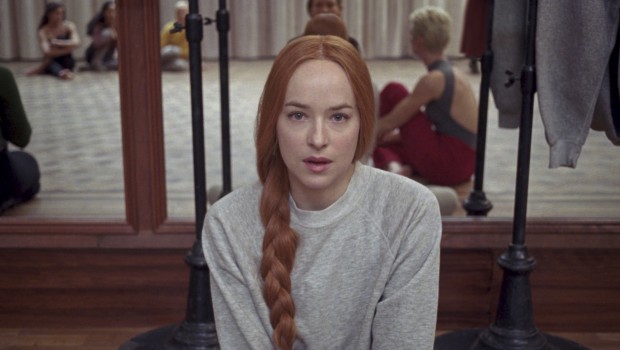 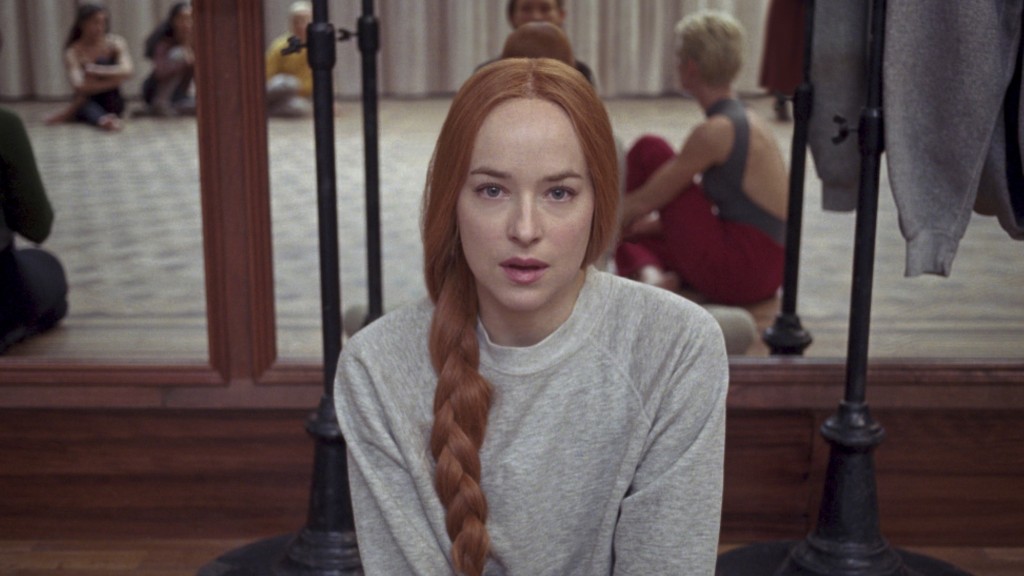 It is with careful and skilled hands that a director approaches the remake of a film such as the genre-defining, visual masterpiece that is Dario Argento’s Suspiria. When Luca Guadagnino was announced as the director for the cult classic remake, the self-confessed Argento super fan asserted that his Suspiria would be an homage to the original rather than a direct copy.

This new and original take on the 1977 Italian classic sees intertwining themes of political struggle and feminism permeating a close knit but divided witches’ coven who operate under the cover of a dance studio in post-war Germany. The film retains the original’s dense and sinister sense of dread, despite having only the fundamentals in common, and culminates in one of the best witchcraft scenes committed to screen.

Where Argento’s Suspiria was drenched in psychedelic hues of blues and reds, striking interiors and vivid imagery, Guadangino has the greys and muted palettes of a washed out 1970’s Berlin. Colour is used sparingly here with plenty of nostalgic nods to the original and executed to great effect when it is.

2018’s Suspiria sees Suzie (excellently portrayed by Dakota Johnson) as an inexperienced dancer from a strict Mennonite family in Ohio. Suzie has left behind her religious trappings and travelled to Berlin to audition at the Tanz Dance Academy headed up by the enigmatic Madame Blanc (Tilda Swindon) and located in the looming shadow of the Berlin Wall.

Despite no formal training, Suzie emits a raw and uninhibited talent during her audition. More than that she radiates a psychic, almost hypnotic pull on the teachers she performs her routine and viscerally impacts Madame Blanc herself, who is instantly drawn to the gifted ingénue. And so the first seeds are sown of Suzie as a young woman of great value to the dance academy, possessing a nascent talent and energy far beyond what her experience should allow. She seamlessly roots herself in the school when a boarding place becomes available following the cryptic departure of Patricia, another student, and quickly becomes the main focus of Madame Blanc’s attention, swiftly climbing the ranks of the company. The dancers rehearse and practice hypnotic, animalistic routines, oblivious to a greater but as yet unknown purpose.

In the opening scenes we meet the Patricia (Chloe Grace Moretz) who has absconded from the Tanz Academy and now under the care of psychologist Dr. Josef Klemperer (also played under layers and layers of prosthetics by Tilda Swindon). The psychologist believes Patricia is suffering from delusions about a coven of witches at the academy who she believes tried to invade her body and mind. He aligns her aberrations to her involvement with a violent terrorist group Baader Meinhof whose historical, real world activities play out in the backdrop via news reports and radio updates.

It is from both Patricia and Dr. Klemperer that the film finds its weakest links. Moretz as Patricia is woefully executed, flat and wholly amateur but her presence in the film is thankfully and mercifully brief. The role of the psychologist in the original Suspiria was mainly by way of exposition and as a vessel by which other characters — namely the innocent and homely Sara (brilliant played here by Mia Goth) — become aware of the witches’ existence. Here Dr. Klemperer is much more in the main and the subplot of his regretful past involving his missing wife and the Holocaust is entirely superfluous, distracting and only serves to create a much longer and drawn out film that is required.

Beyond these two aspects, however, the film shines in its individuality. Guadagnino ties commentary on a post war Berlin, political upheaval, terrorism via Baader–Meinhof and the repression of German women during the Third Reich seamlessly with the coven’s internal leadership struggles and power plays.

There is a commentary throughout on the power and liberty of women and their choices with many references to women’s financial autonomy, instinct and independence. Male characters are thin on the ground and it is does not go unnoticed that a woman plays the part of the most featured male character in the production.

And then there are the supernatural and unnerving trappings which swirl ominously. While the most extreme visually haunting moments are far less plentiful than the original, when they do happen they are completely mesmerising.

Following an argument where dancer Olga announces her departure to Madame Blanc, she finds herself locked in a mirrored room after stumbling through a confusing warren of secret corridors. As Suzie volunteers to dance Olga’s part elsewhere in the building her movements cause brutal physical tortures and contortions telepathically, breaking and distorting Olga’s body beyond all recognition. It is as hauntingly gruesome as you could imagine and unquestionably warranted the audible gasps from the audience.

The final scenes involving the coven’s Sabbath are utterly breath-taking and the incorporation of the disturbing choreography from the dance routines earlier in the film is flawless. Without giving too much away, this sequence alone is everything I wished the entirety of Gaspar Noe’s Climax was, condensed into 10 beautifully achieved minutes.

Guadagnino’s Suspiria is by no means perfect, but then neither was the original before it was held in such retrospective and nostalgic reverence. It is with the exception, and in spite, of some not-so-minor flaws that Guadagnino has still managed to create one of the best horror films of recent times whose selective and visually shocking imagery, dream sequences and unsettling use of choreography will remain in your thoughts long after the credits roll. Benni Johnston

Suspiria is on wide release from Friday 16th Nov.