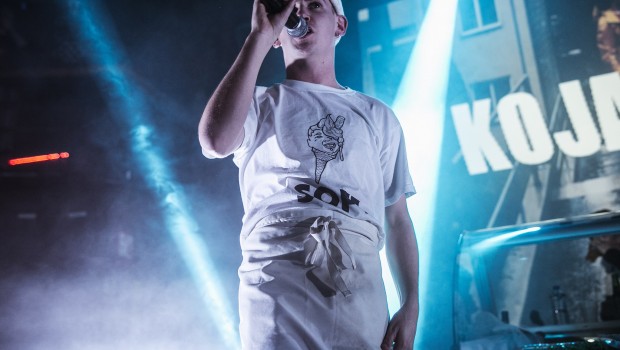 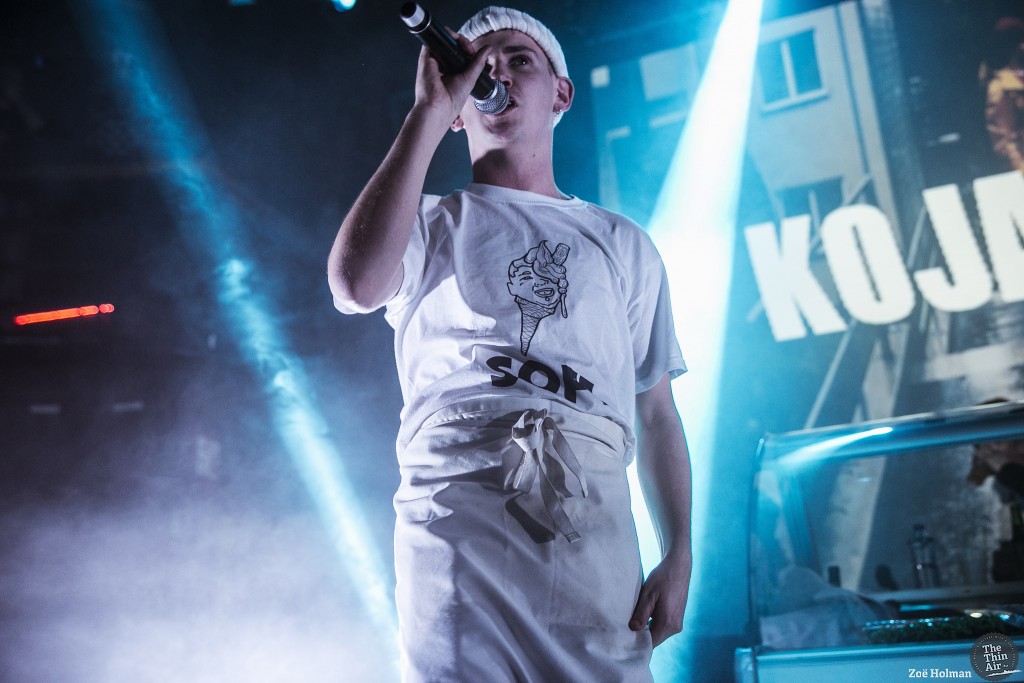 “What the fuck is up Dublin?” screams Luka Palm, as he takes to the stage of The Academy an hour later than expected. The young Dublin rapper carries himself with a boyish swagger, as he marches up and down the stage, with cartoonish intro music blaring in the background.

There is certainly a buzz in the air as the show begins, but with that comes an air of uncertainty. Palm has been doing the round on the Irish and UK circuit with his SoftBoy label-mates over the last year, but has not released much music. The audience are unfamiliar with Palm’s sound which is of course a detriment to his set, however he plays it off cool stating, “You won’t know these songs, but I don’t care”. Good save. 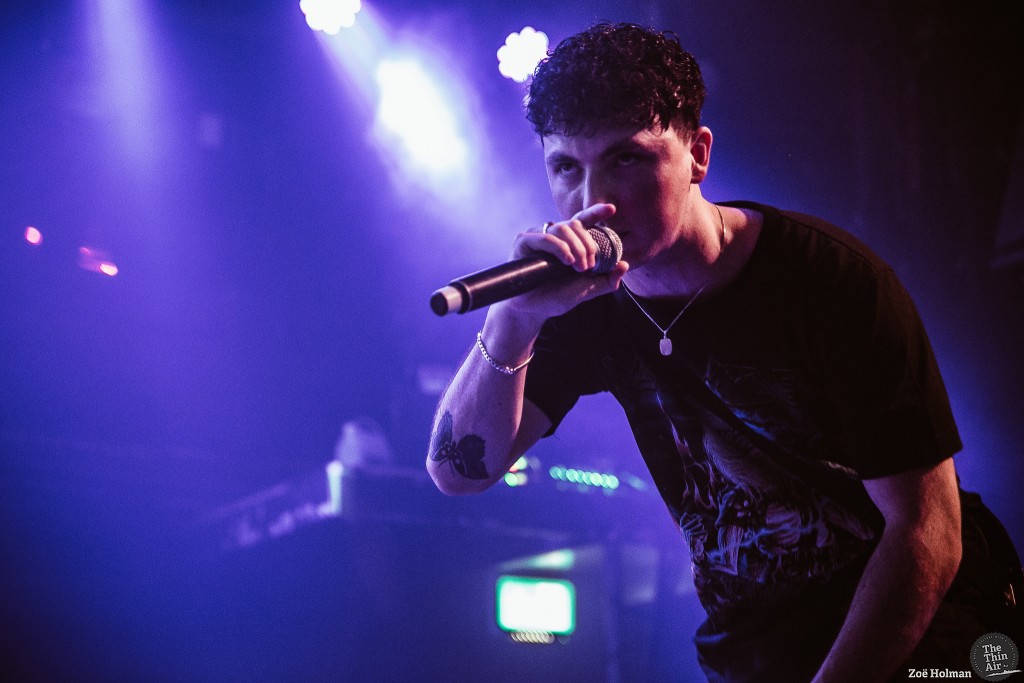 Palm exudes a very natural sense of bravado on stage, rapping about being the ideal ladies man and former partners wishing to be impregnated by him, but also seems, dare I say… slightly awkward. Throughout the set it seems as though he’s trying to shield his face with the microphone, hugging it to his mouth with a very stiff, robotic arm. On top of that, the stage moves become a tad predictable and can be mapped as follows: walk to stage left, walk to stage right, walk back to stage left, stand on monitor for a bit, walk to stage right and so on.

Palm’s personality really shines through in his fourth track though. He appears to let loose for this one, relaxing into his stage persona a bit.

The set, although brief, is very enjoyable and DJ Kean Kavanagh plays him out with a funky instrumental.

A few minutes later, it’s time for the main act. Kojaque takes to the stage donning a shell jacket and cap, opening with his poetic masterpiece ‘White noise’. The crowd joins in, screaming back every line in perfect harmony with the artist. From here, the set simply snowballs. The energy from the crowd is unrelenting. From the heartbreaking harmonies of ‘Eviction Notice’ to the bouncing trap rhythms of ‘Wifi Code’, there is never a dull moment. Kojaque commands the audience like a master conductor, at times sending them leaping and at others leading them in gentle sways. 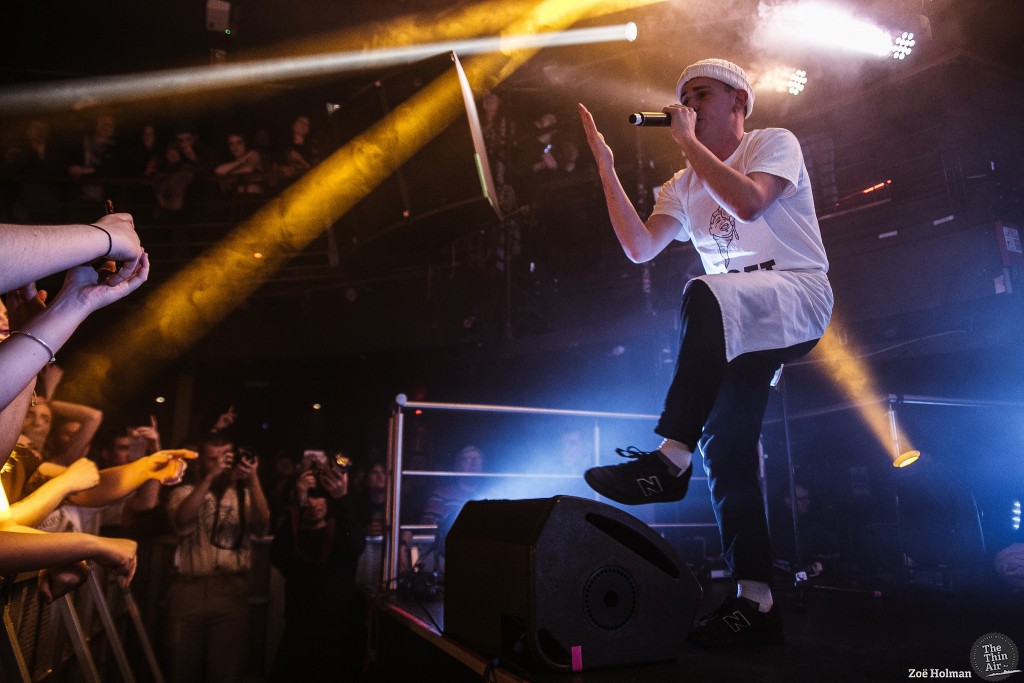 The musicians accompanying Kojaque are also masters of their trade. Kean Kavanagh sings soulful melodies that never falter whilst manning the decks, Oisin Murtagh brings warm jazzy figures and powerful screeches to the tracks with his saxophone (‘Date Night’ was particularly impressive, fair play Oisin) and Luka Palm even makes a return, this time a little more confident.

The climax of the show comes with the first encore, ‘No Hands’. The lyrics resonate through the room with a solemnity that I cannot convey.  “I made a promise to my mother and now I’m doing it”. Tears are shed on and off stage, but after a moment to gather himself, Kojaque leaves us with one last song, or as he calls it, “a story”, ‘Curtains’. 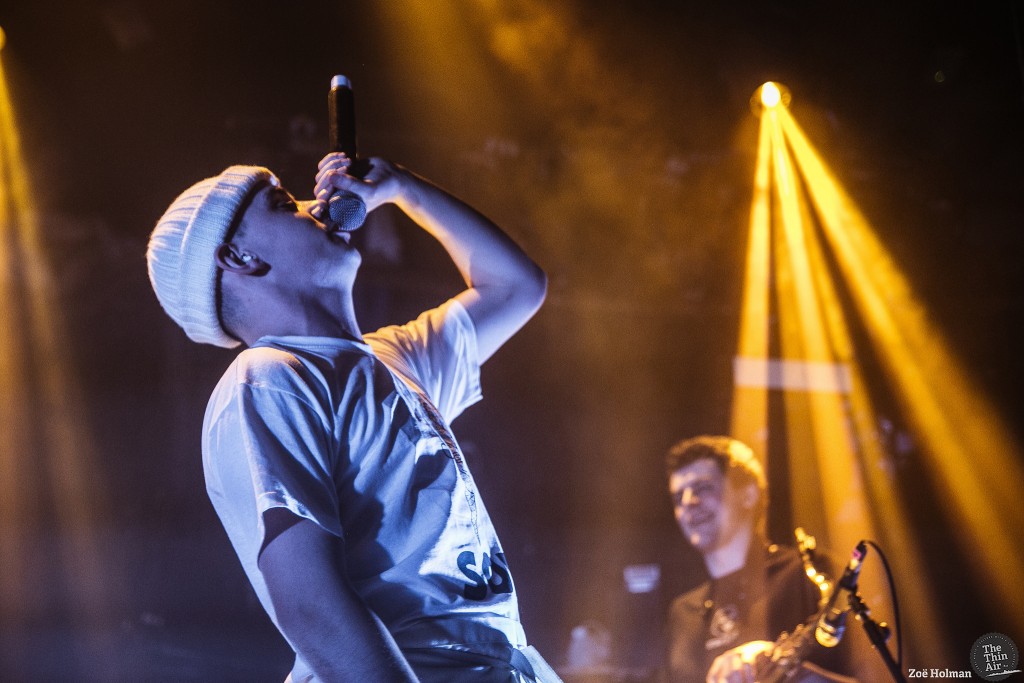 It’s a very rare occasion to go to a gig that brings such a range of emotions, but when you do, it is truly a special experience. I’m racking my brains trying to think of a single thing that I didn’t enjoy about Kojaque’s set, but truthfully, I have not a single bad word to say. One of, if not the, best show in Dublin this year. If you haven’t seen this man live yet, do so ASAP. Jack Rudden