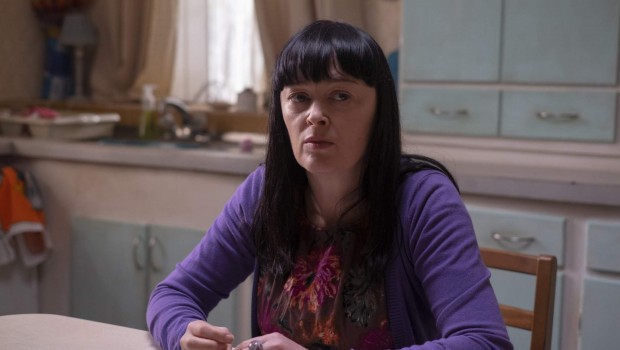 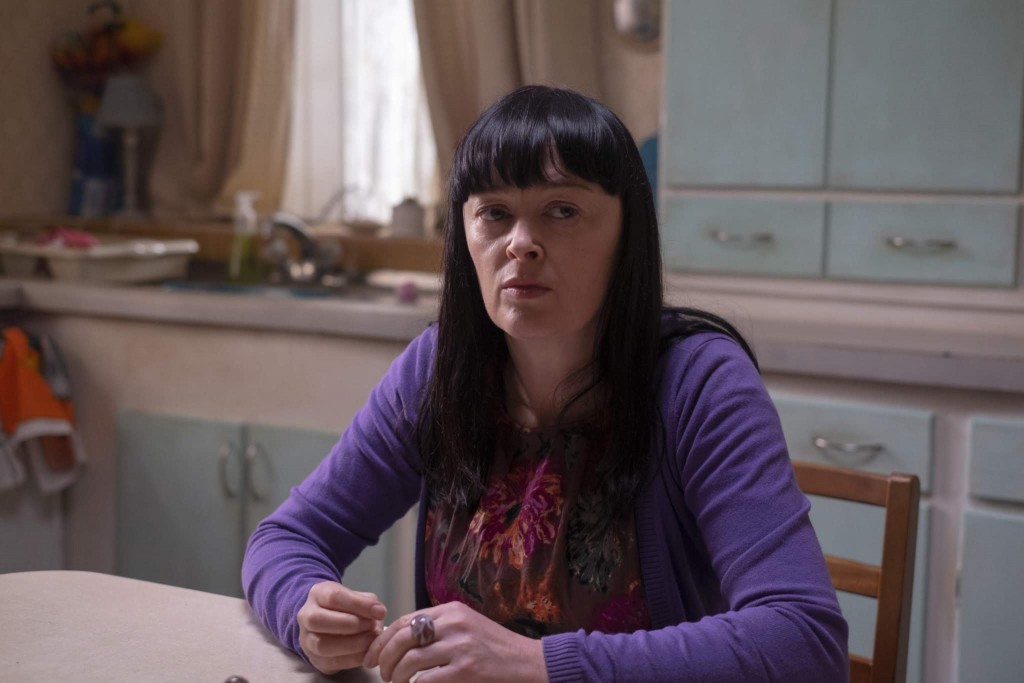 Opening the 19th Belfast Film Festival, Mark Cousins, newly installed Chairperson and mega-watt generator of cinematic enthusiasm, advertised the rectangular frame of Movie House Dublin Road as a place where Belfast will “meet the world”. For the inaugural night, at least, the world is the other side of Ulsterbus 273.

Northern Ireland’s second city, and the experiences of the women living there, is receiving fresh attention with the success of Lisa Magee’s likeable Derry Girls, and is joined by Tess McGowan and Shelly Love’s A Bump Along The Way, a broad, sometimes difficult local indie with a sympathetic eye for feminine shame.

Starring Bronagh Gallagher and produced by her sister Louise, with help from NI Screen and the folks at Yellowmoon, A Bump Along The Way focuses on Pamela, a 44 year-old single mother who opens the movie with a boozy recreational shag in the passenger seat of a van, overlooking the vista of Derry lights. Considered medically “geriatric”, and with busted fertility machinery, Pamela is astonished when the improbable happens and she falls pregnant with the child of Barry the plumber (“Anytime. Anywhere”). She tries to be optimistic, but it’s hard not to view the conception as the latest in a line of embarrassments and fuck-ups.

Her fourteen year-old daughter, the rigid, neurotic Allegra (Lola Petticrew), already views her mother as a clown: she still goes out on the tear with her BFF Sinead (Mary Moulds), works part-time in a bakery (with Dan Gordon as her jolly boss) and lives rent-free in her late mother’s house. Already sensitive to the small-town pressure of everyone knowing everyone else’s business, Allegra is mortified by her mother the Ridiculous Tramp.

As Festival Director Michelle Devlin noted, A Bump is the first Opening Night film with an all-female creative stable, marking the first credited screenplay from McGowan and directorial feature of Love. The film demonstrates understanding for some of the shames of middle-aged womanhood, and of being a woman who has, through life, and battered self-esteem, and bad luck, lost her way.

Allegra’s father Kieran (Gerard Jordan, ‘71) is the sort of fella who thinks 200 quid in a birthday card every year is being “supportive”, and swats away Pamela’s reasonable requests with “I didn’t sign up for this” (as if, of course, she did). He’s an instantly recognisable type. Men who balk at the first sign of uncomfortable consequences is a theme: Barry’s reaction to the conception is borderline comic and predictable in its scared, casual malice (Pamela was a ride; now she’s a tramp).

Gallagher’s Pamela is funny, but she finds moments of pathos, and Shelly lets scenes go on long enough for the heaviness of reality to settle in. When Allegra gets drunk with friends and embarrasses herself in front of smartphone lens, the film lets her sit in her shame, with an understanding of what it’s like to be 16 and feel like you just want to die.

A Bump Along The Way doesn’t have the photographic precision of other recent Northern Ireland first features like Aoife McArdle’s Kissing Candice (one of the highlights of last year’s festival) or Ryan and Andy Tohill’s The Dig (out later this month), or even Tom Ryan’s Trampoline (2014), which managed to bring some richness to its small-town setting. But it is cheery, sweet, well-acted, relatable, and sure to strike a cord. Conor Smyth

Belfast Film Festival is running until 20th April across the city. A Bump Along The Way will be released at a later date.

BFF 19: A Bump Along The Way Conor Smyth