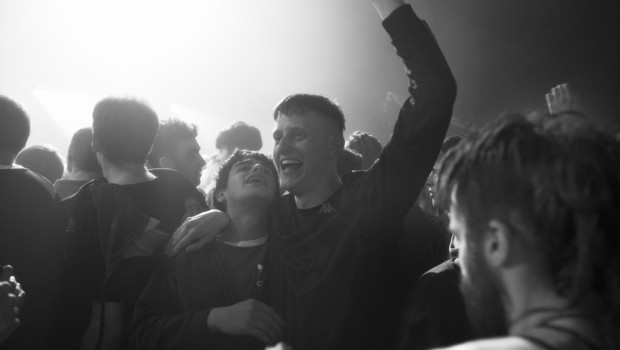 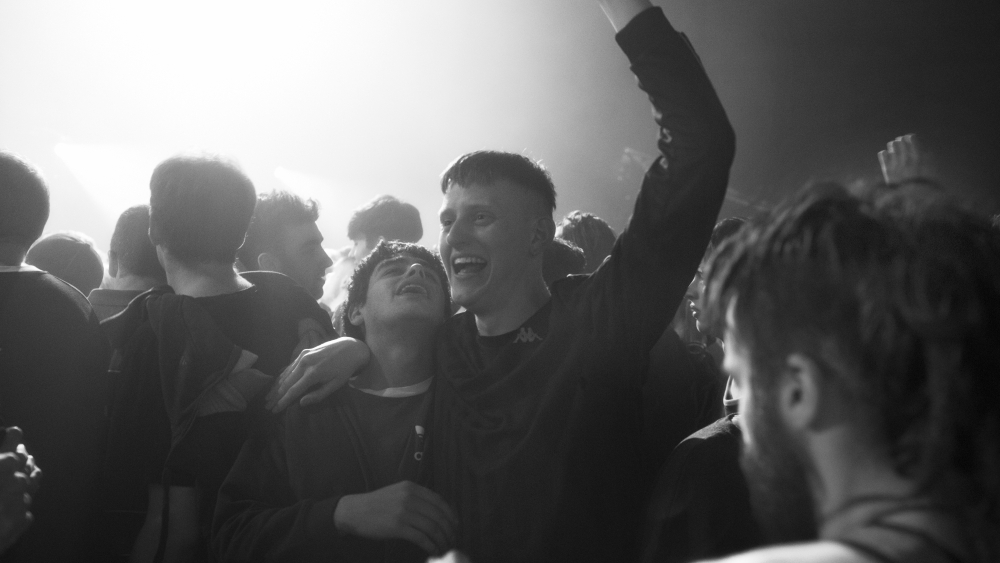 Wrapping up this year’s Belfast Film Festival, Michele Devlin and Mark Cousins took to the podium and paid tribute, in brittle delivery, to the spirit of the festival and its organisers — generous, curious, international — and to the legacy of murdered journalist Lyra McKee, who had been involved with Doc Fest, the Festival’s documentary spin-off. Some of the best and worst of Northern Ireland running in tandem. We need some catharsis, and closing film Beats, directed by Brian Welsh and adapted by Kieran Hurley from his own play, is just the ticket, an affectionate celebration of friendship, connection and the delight of being young and daring.

Johnno (Cristian Ortega) and Spanner (Lorn Macdonald) are best friends on a Glaswegian housing estate, but divergent futures beckon. Johnno’s mum (Laura Fraser) has taken on a new fella, the straight-arrow mustachioed copper Robert (Ryan Fletcher), and are planning to transplant him out of the sinkhole to a fancy new build in the suburbs, and with it new friends of a more respectable air. Spanner, on the other hand, is locked into life on the bottom rung, shacked up with his violent, unstable drug-dealing brother Fido (Neil Leiper), who shoves his face onto a gas ring when he senses disrespect. Johnno’s new family regards Spanner as scum, pure and simple.

It’s the summer of 1994. Blair is on television, reassuring the anxious middle classes he’s a safe bet. The swinging anti-social crackdown of the Criminal Justice and Public Order Act has just come into effect, targeting music of “repetitive beats” and effectively outlawing outdoor raves. But the lure of one last great night together can’t be resisted: grabbing a wad of cash from Fido’s stash — a suicidal flourish — and calling in sick (very, very sick) to Johnno’s work, the two lads dial into the cryptic, pirate radio proselytising of D-Man, the acid house scene’s John the Baptist, and set off one on last wild night before reality kicks in.

Because reality is coming. Fido is incandescent at the slight, and the police are on the trail, hyped up and eager to get a few licks in. Beats balances its euphoric club scenes against the dread, monotony and barely camouflaged authoritarianism of every other locale, like the repeatable layouts of the convenience store or the needy paterfamilias at the dinner table. The escape feels sweeter because it comes with risk — “this night better be worth it”, says one of the girls in their troupe, after high-tailing it from a humiliated and bitter abusive boyfriend who’s not one to let sleeping dogs lie.

Macdonald is particularly good at flashing up the pain and desperation animating his jokey energy (and he is, often, very funny indeed). With its drugs, chaos and setting, Beats has attracted inevitable comparisons with Trainspotting, but it doesn’t have the same deranged, baroque pathos: it is sweeter and lighter and quite beautiful in places.

There’s a hint of the queer in the leads’ closeness, and a terrific “drugs kicking in” sequence when the kitchen sink monochrome suddenly springs into abstract, fizzing colour. Here, delight is a luxury, and even a kind of duty, in a world determined to snuff it out. Conor Smyth

Beats will be released on 17th May.