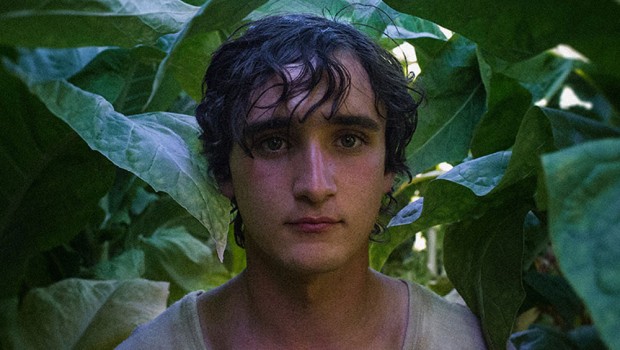 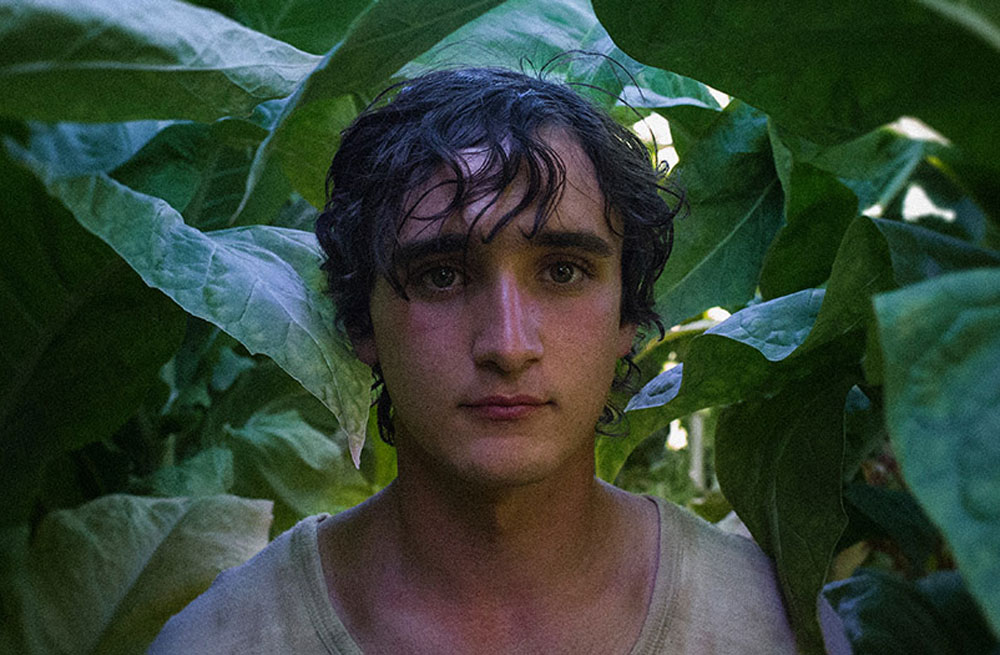 The film seems to hang continuously in the air, suspended and provisional. On an Italian country estate named Inviolata (“unviolated”: a virginal space, a fake Paradise of simple toil), generations of sharecroppers work pitiless schedules, harvesting tobacco for the owner, the cartoonishly imperious Marchesa Alfonsina De Luna (Nicoletta Braschi), receiving no wages and chipping away at a perma-debt that holds them captive.

The crisp visual textures and cramped spaces suggest an older period setting — the sweat of serfdom — and the details are there. But they are interrupted by flashes of modernity: when De Luna’s son Tancredi (Tommaso Ragno), visits, he listens to a Walkman and dresses in the tight jeans and loose t-shirts of the disaffected urbanite, his scarlet military jacket a commodified costumed echo of European nobility and rank.

Tancredi makes “friends” with Lazzaro (Adriano Tardiolo), a doe-eyed young man who radiates naivety, kindness and unquestioning compliance. Keeping watch for wolves or hoofing around immobile elders; Lazzaro does everything he’s asked. He seems absent of independent decision-making, observing the hot-blooded humans around him with glassy-eyed, beatific detachment.

The Inviolata labourers are kept dumb, the extent of their ignorance only revealed later, when a gobsmacked representative of the state stumbles on their situation. The only education occurs inside De Luna’s residence, where she indoctrinates children with pro-labour, pro-poverty biblical passages, the sort of thing slaveowners’ wives would busy themselves with to ennoble the hearts of savages. De Luna justifies her dominion with a cynical theory of all social relations as an elaborate chain of exploitation, a point of view that’s obviously convenient for her but, as the film later suggests, not to be dismissed too casually.

Lazzaro has a terrible accident, and there’s a switch, invoking his Biblical namesake, in which he survives, impossibly unchanged, everything else bending around him. The Inviolata abandoned, he makes his way into the city, bringing with him a dreamy, borderline-supernatural sense of rupture. There he finds the former residents of the estate who have been “liberated”, including the sympathetic Antonia (Alba Rohrwacher, sister of Alice) but are still surviving in grinding poverty, just in a different aesthetic palette, the soft, rich, luminosity of a farmland where fruit literally grows on trees traded for metallic foil of life on the electric fringes. It’s an invigorating swerve; only the final scene, involving a braying mob in a bank branch, feels over-engineered.

Low on specifics, high on fluttery suggestion, Happy as Lazzaro is a kind of social realism ghost story, where objects and people drift out of their appropriate slots in time, and in their haunting provoke guilt and astonishment. Sharecropping goes, but its energies stain like ectoplasm, masters and servants tethered in new contortions. Conor Smyth