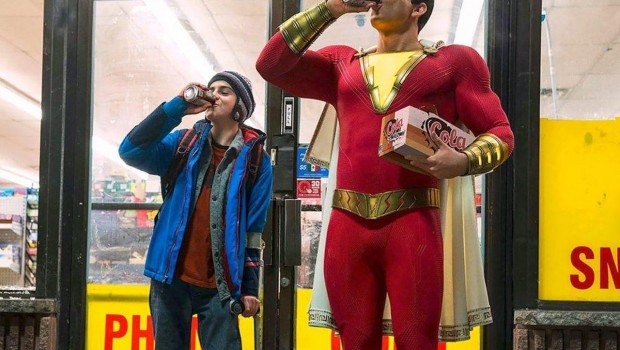 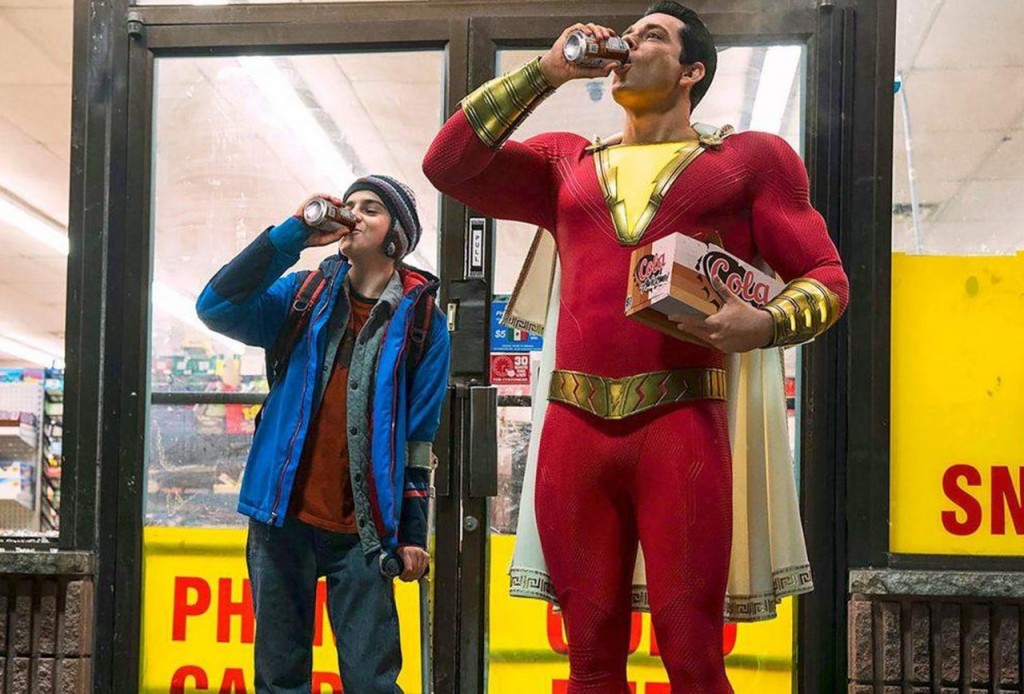 Bam! A flash of lightning hits and, just like that, D.C.’s moviescape jolts into life, pumped up on the wisecrack adrenaline of hot red and yellow.

Losing faith in its core Clark and Bruce brand, Warner Bros. and D.C. Studios are finding returns pivoting towards the weird and the unexpected. After all, their most entertaining round of post-Nolan superheroics was the one hardly anybody actually saw: last year’s Teen Titans Go! To the Movies, a self-aware, colourful, sing-songy adventure aimed squarely at kids that succeeds by hitting jokes and delivering a believable character arc.

Echoing Titans’ story impetus of a young hero who loses himself in a desperate search for absent parental approval, and finds belonging in a ramshackle family along the way, Shazam! does the orphan boy thing lightly and robustly. Its amiable tone also recalls Joe Cornish’s recent The Kid Who Would Be King, especially in its reclamation of Saturday morning VHS energy for a big multiplex story, climaxing with a bunch of scrappy kids defeating ghouls through the magic power of friendship.

Who would have thought something so delightful would have come from the director of Annabelle: Creation ?

Henry Gayden’s screenplay and David F. Sandberg’s direction keeps Shazam!’s corniness front and centre, which is the only sane approach to the hero, who made his print debut in 1940 with the original not-confusing name of Captain Marvel. Its hero is Billy Batson, a fourteen year-old who is chosen as the Champion of Eternity by an aged wizard (Djimon Hounsou) who stands guard on the Rock of Eternity (these guys are big on the eternal). All Billy has to do is utter the magic word — Shazam! — and he transforms into an adult beefcake (Chuck‘s Zachary Levi) with a packed repertoire of ancient God-like abilities. The Big-like conceit (there’s even a walking piano!) is a jumpy, fun way to bridge the gap between goofy kids’ jaunt and skyscraper-smashing bashups.

The young Billy (Asher Angel) is what script-writers call “street smart”, bouncing around foster homes after getting separated from his mother when he was a youngster. He lands in the Vasquez household (Marta Milans and Cooper Andrews, giving solid parent vibes), sharing a room with Freddie (Jack Dylan Grazer), whose crutch and nerdish enthusiasm for Superman factoids makes him perfect school bully material. Nervous, scattery Freddie provides the film’s heart and is a perfect moral foil for Billy when he starts doing what any aimless kid would do if he discovered he could fly and stop bullet with his chest: milk it.

Channelling the Seven Deadly Sins is Billy’s mirror-half, Dr. Thaddeus Sivana (Mark Strong), a power-hungry grown-up who is still a damaged little boy. Strong pitches his performance with the right mix of theatrical resentment and cheesy supervillain gravitas; a piss-take of the aural logistics of mid-flight speechifying is a highlight. Last year’s Spider-Man: Into The Spider-Verse showed how to break free of the quip/dark binary of the super-studio duopoly; Shazam! is nowhere near as ambitious, but it has a similarly strong sense of comic rhythm, of how to use beats and pacing to move tension scales up and down.

Ditching the self-seriousness of Justice League et al. and the Shakespearian naffness of Aquaman, in favour of telling a simple, affable, funny story, Shazam! is a blast. Levi plays the caped hero with gurning can’t-believe-this excitement, a sitcom manchild persona that makes perfect sense in context. The enthusiasm is infectious. Conor Smyth

Shazam! is out on wide release.