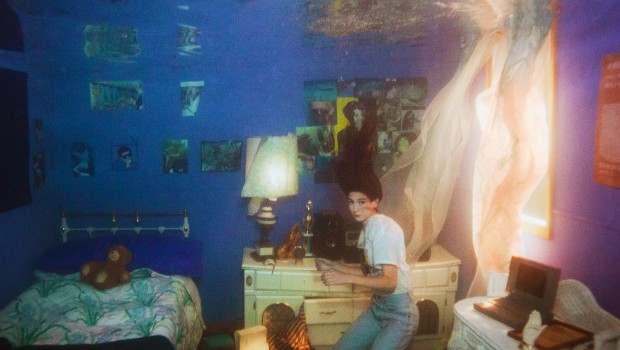 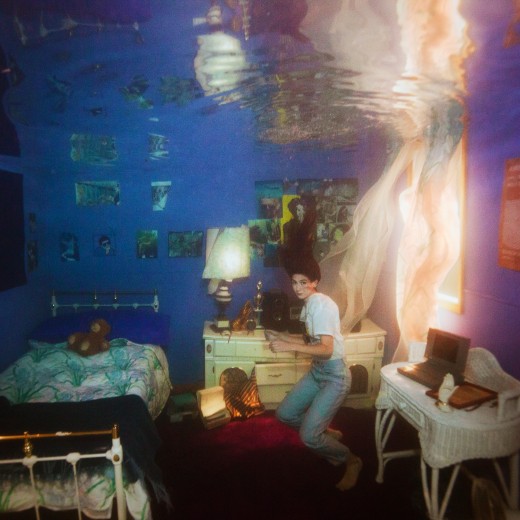 Escapism has never been more vital, or available. We turn to art, film, and music for distraction, transportation, and if we’re lucky, a temporary sense of freedom. It’s more difficult than ever to switch off the effect of the 24-hour news cycle, but Titanic Rising, the fourth studio album from Weyes Blood, reminds us that there is always solace to be found on the big screen and beyond.

Natalie Mering offers an unprecedented defence of escapism, at the core of which lives a propensity for romance. Named for the 1997 blockbuster – not the 1912 voyage – Titanic Rising is a defence of our natural susceptibility for a good story. “This is how it feels to be in love” she tells us on ‘Movies’, the album’s centrepiece, amid swirling cinematic electronic arpeggios steeped in a futurism which belongs firmly in the past. With no cynicism to be detected, Mering offers an invitation to her world in front of the screen, the confusion and adoration of it all – “I know the meaning, I know the story, I know the glory, I love movies”.

Sonically, the parallels with the world of cinema are profound. Swirling orchestral strings embody the cinematic, while a futuristic aesthetic displaces the tone from the real world to some other one entirely. There is real joy in indulging this world, the kind found in an empty film theatre with a switched-off phone. The rapturous Beach Boys-esque harmonies and jubilant celebration of love on ‘Everyday’ offers delight in harking to the sonic cues of the past, while ‘Wild Time’ alludes to her generation’s singular perspective on a world circumventing disaster at every turn.

When a generation is formed by tales told in acts, it is no wonder that the solemnisation of love stories is foregrounded. Told through a cinematic lens, with all its tropes, faults, romance and abstention of realism, Titanic Rising offers a way of understanding pain, love and loss by casting its gaze to the familiar. It offers security at a time when reality presents danger. The hope of resolution in the third act. The love story at the core of the disaster.  Andrea Cleary