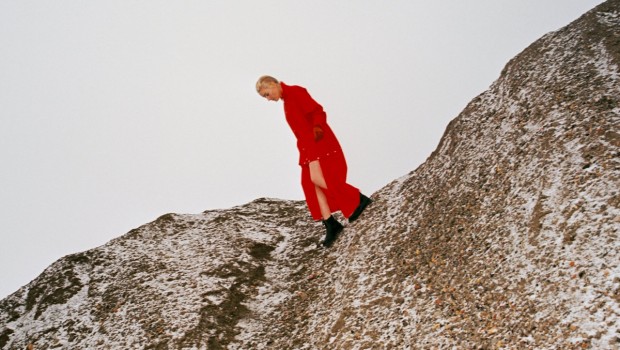 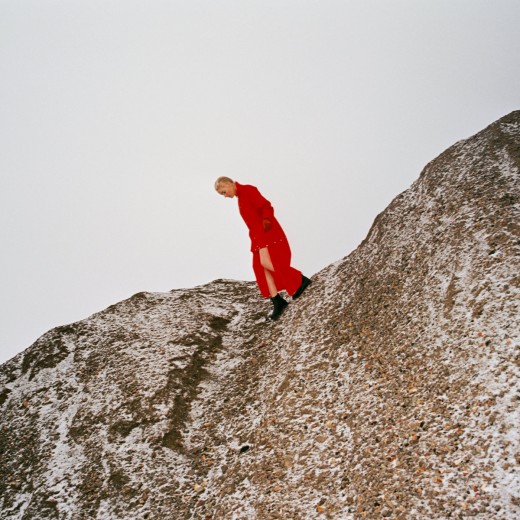 The songs on Cate Le Bon’s fifth album, Reward, came about as the result of time spent in a cottage in England’s rural Lake District, where she lived for a year in almost total isolation. Retreating from several years of going through the looped motions of touring, writing, and recording, there in nature and solitude Le Bon spent her days learning how to build furniture from scratch and her nights pouring over a second-hand piano, where she found herself writing the most introspective and personal songs of her career.

Unsurprisingly then, location plays a vital part in Le Bon’s writing, and home, belonging and displacement are all addressed at various points across the record. Le Bon grew up on a farm in the Welsh countryside, so her hermitage in the Lake District must have been at least to some extent familiar, a return to the rurality of childhood. Le Bon’s sense of home is vast and discordant, it contains the contrapuntal alienation and familiarity presented by what is made for us, what we make for ourselves, the comforts we carry with us, and what we in turn outgrow. On ‘Miami’, the album’s spacious, ominous opener and the song most explicitly about place, she sings, “decorate your own discord […] never be the same again”. Of course, in a historical moment defined by Brexit, borders and emergency mass migration, home is a subject far more contentious than vague personal anxieties about un/belonging and on the record’s deceptively soothing mid-point ‘Here It Comes Again’, Le Bon addresses the politics of home and its ethical imbalance, identifying ‘modern debt’ as “essential luck” dependant on whether one is “fortunate or not enough”.

It is interesting that Le Bon was making furniture concurrently to the making of these songs – a process she describes as “unbelievably nourishing and really physically hard” but also “really grounding”. You have to wonder to what extent the intangible architecture of a song can correlate to the tangible crafting of a table. Tactility aside, the songs on Reward do carve out a physical kind of space, an attempt at the possibility of home regardless of topographic location. Writing about the home, the philosopher Bachelard celebrates “the values of inhabited space, of the non-I that protects the I” claiming “the house protects the dreamer, and allows one to dream in peace”. In a similar vein, Le Bon’s album creates a space to dream, it’s an inhabitable retreat from the world that is quite unlike any other.

Reward retains all the distinctive textural oddities of Le Bon’s previous records; her off-kilter melodies, her jaunty retro guitar licks, and the warm, curving Welsh lilt of her vocals, but there’s an emotive depth to the new album that is, even in our era of rampant self-exposition, genuinely disarming. The songs contain a summery kind of loneliness, an acknowledgement of the existent but not entirely unmanageable sadness that seeps in on sunny days spent alone. Le Bon’s instrumental complexities and unfathomably good knack for melody make it easy to initially overlook her lyrical prowess, indeed the musicality of Reward is so all-consuming that it takes a conscious effort at refocusing attention to truly grasp the depth of her writing. Her lyrics are revelatory, a simultaneously humorous and sincerely poetic handling of language.

She regularly attests to her self-imposed loneliness, singing “man alive, this solitude, it wrinkles in the dirt”, while the repeated “I love you, I love you, I love you but you’re not here” on ‘Daylight Matters’ is not necessarily an outpouring of affection, but instead, as Le Bon explains, “a luxuriation in the deliciousness of self-pity; the product of time spent alone enforcing an absence in order to mourn it”. It may be the result of the tentative grief-stage of accepting the lived-out aftermath of a soured love, but as the melodic warmth of the song unfolds, it becomes clear that as far as Le Bon is concerned, absence can become a kind of sanctuary too, when handled in the right way. On ‘The Light’, this self-pity rears its head again, indeed deliciously so, when she sings “I don’t see the comedy / holding the door to my own tragedy/ take blame for the hurt but the hurt belongs to me”.

However, if Le Bon’s lyrics make room for a certain amount of indulgent wallowing, the arrangements of the songs resist any tendency towards an emotional festering – her surrealistic jaunty polyrhythms and melodic absurdities transport the album into somewhere else entirely and the result is, despite its melancholic shadowings, an uplifting celebration of the tenacity one finds in solitude, of the spirit’s ability to overcome. One of the most winning aspects of Le Bon’s ouvre is her ability to seamlessly weave pain and loss into the silvery breeze of bright pop sensibility. And you can definitely dance to it too – the disarmingly upbeat keyboard riff of ‘Home to You’ is one of most outrageously infectious things you’re likely to hear on a record like this all year.

It’s this ability to filter sadness through a stylistic strangeness that makes it all the more profound, in a recent interview with Huck, she claims “ambiguity is a means to connect to people […] absurdity as a way to engage is more interesting to me than being direct”. Across the entire record is a precarious balance between overt vulnerability and self-deprecating humour. Depicting an experience of painfully relatable tragicomedy, she sings, “sad nudes in my room / sad promises from the clowns you used to soothe”, before allowing the underpinning crux of the song to irrupt: ‘the more you feel, the more you have to lose”. Allowing oneself to feel strongly and fully is a sure way to open yourself up to the inconvenient reality of frequent loss and heartbreak, and so closing oneself down emotionally is a fair enough way of avoiding such risk – I write this as a hypothetical assumption, as someone who has literally never felt neutral about anything in my life – but Le Bon’s songs refute any self-preservatory cynicism, she’s a Romantic at heart and at the core of the album is an optimistic sense of wonder. Reward truly lives up to its title, it’s a masterful declaration of the dangerous act of feeling fully, and all of the horror, loss, sublimity and joy that might bring. Maija Makela

Summary: Check out: ‘Home to You’, ‘Daylight Matters’