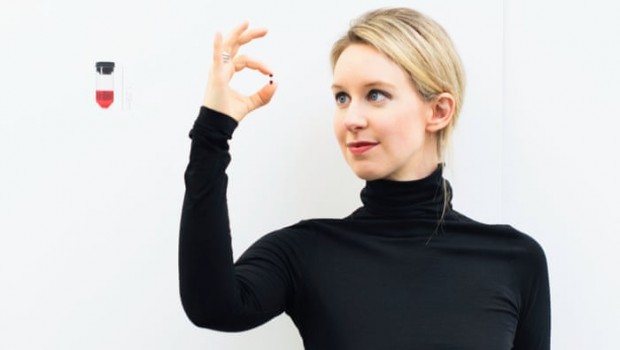 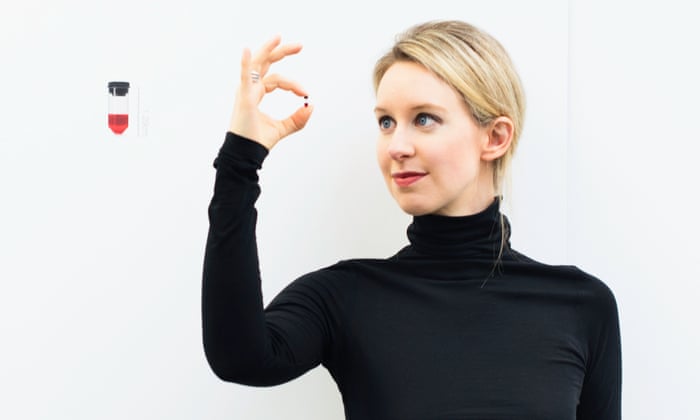 An “invention” is, of course, not just a product you make, it’s a story you tell, a fancy you fashion.

This linguistic slipperiness runs through Alex Gibney’s The Inventor: Out for Blood in Silicon Valley, his gripping critique of StartUpLand, a place pathologically allergic to plain speaking. Gibney’s Enron: The Smartest Guys in the Room (2005) is one of the definitive portraits of corporate American group-think, flagging up the delusional market faith that would help decimate economies a couple of years later. The dangerous sway of belief and magical thinking are recurring preoccupations of the film-maker— his previous film was the Scientology expose Going Clear —making him perfectly suited to observe the mania behind Big Tech bullishness.

The HBO doc’s subject is the entrepreneur Elizabeth Holmes and the spectacular rise and fall of her medical testing company Theranos, a “disruptor” (of course) which held out the promise of mobile, at-home, systematic blood testing that required only a prick of the red stuff from the patient. Her vision was healthcare filtered through a seductive Jobsian minimalism: no insurance companies, no politics, no needles, no bother. Just you, a shiny black box and all the data inside you waiting to be unlocked.

Reaching for a comparable archetype, Gibney lands on Thomas Eddison, the namesake for Holmes’ secretive hardware, the pioneer in fields of electricity, household appliances and self-branding. His conjuring of light from nothing is a feat almost indistinguishable from magic, a trope Gibey has fun with, enlisting faded gramophone film footage to emphasize the theatricality of Holmes’ grift.

It’s easy to see why the Silicon Valley ecosystem fell for Holmes: she offered its players a shiny reflection of themselves, an avatar powered by entrepreneurship memes and sheer will power. Black turtlenecks, like Jobs. Same wardrobe every day, like Zucks. College dropout, like the Google boys. A reader of Meditations, the go-to text for white dude Insta philosophers.

A bright, young woman selling the dream of a world without sudden cancer shocks, Holmes shoots straight to the mountain top, raising hundreds of millions in capital, landing magazine covers and accruing a $9 billion valuation for a business yet to actually deliver a workable final product. The tech establishment falls for her completely, an ethereal spirit with an unblinking Cobra stare, who speaks in pear-mouthed gobs of motivational soundbites. She meets the president of Brazil. Henry Kissinger joins her board.

But Holmes’ dream for a compact, all-purpose tester butts against the limits of space and physics. Blood, it turns out, is messy. The higher Holmes’ star rises, the greater the demand for results to secure the next round of funding, the more alarming the shortcuts and compromises. Theranos falls prey to drift, mismanagement, the misleading of inspectors and the curious, paranoid victim mentality of a multi-billion dollar company huffing about its haters. The buckling of hype under reality has something of Fyre, though with less of its schadenfreude appeal: gullible investors aside, the result is ordinary people getting dodgy test results.

Through it all, Holmes remains unflappable and committed. She seems to permanently reside inside her own dream, untethered to ethical and financial logistics and to the grasp of the documentary itself. Without access to, or cathartic testimony from, Holmes, or a substantial treatment of what drove her, The Inventor feels incomplete. Still, it’s a fascinating test case of the cheery self-belief that sees success as just one failure away. Conor Smyth

The Inventor: Out for Blood in Silicon Valley was screened as part of Docs Ireland. Read more reviews from the festival.