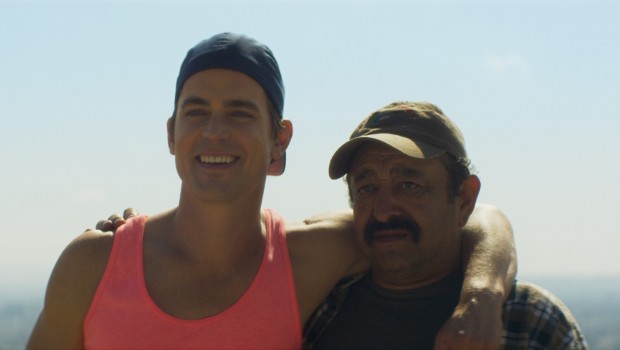 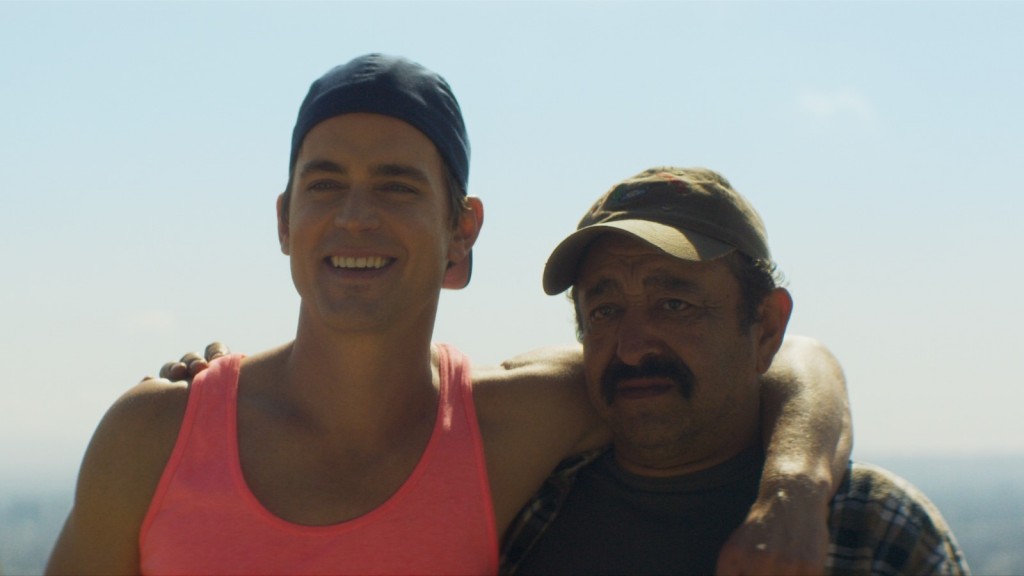 2016’s Handsome Devil, a minor hit and the second film from Irish director John Butler, turned on issues of gay estrangement and unlikely male friendship. It balanced melodrama and excesses — like Andrew Scott’s literature teacher and his ‘Oh Captain, My Captain’ grandstanding — with a genuinely sweet consideration of the loneliness and alienation that comes with being young, gay and wayward. Butler channelled his own difficult queer history into a generally broad treatment, a heightening and blending of Irish cinematic tones. Papi Chulo takes Butler out of the island for the first time, but operates along similar thematic and tonal lines for its story of a heartbroken, isolated gay man (Matt Bomer) in the middle of a breakdown.

Sean is a Los Angeles weatherman (it’s always hot) with morning TV good looks, who is sent on “gardening leave” after he starts sobbing live on camera. With nothing to do, Sean sits alone in a shiny, modernist, soulless house on the hill, cradling his phone on his chest and dialling his ex so he can hear the voicemail message, the jittery, compulsive anxiety of a man not used to sitting alone with his thoughts. He’s a man in cheery denial, insisting to his colleague he definitely wasn’t crying, or he’ll definitely go talk to someone, or to strangers that’s definitely not that crazy weatherman from the viral clip. Sean has a resistance to vulnerability that feels partly American, partly queer: later he confesses to a casual, internalised homophobia, a sort of emotional under-girder for his polite repression.

Distracted by a bad job on his deck, Sean loads up on supplies and hires a middle-aged Mexican labourer named Ernesto (Alejandro Patiño) for two days of painting. Ernesto basically doesn’t speak English, which is a plus: Sean can blather on about all his junk and his visitor just smiles, saying si, si. Ernesto becomes a kind of salaried companion to his lonely, bored employer; they spend his shift going on paddle boat rides and hikes (the title translates as “pimp daddy”). The painting is put off. When friends assume they are a couple, Sean, who apparently has a thing for Latino men, doesn’t correct them.

If this sounds exploitative, it’s because it is, and the film can’t quite grab the nettle of how creepy it is. It mostly plays the odd-couple dynamic for light laughs, Sean’s pseudo-romantic enthusiasm met with Ernesto’s softly worn obliviousness. Some small effort is made to give Ernesto personhood beyond the role of chubby, guileful Latino sidekick— we see him travelling home after another day’s gig, or laughing with his wife about his bizarre gringo ‘dates’ — but this isn’t a complex character piece.

Sean is abusing his privilege and pushing boundaries, and when he goes too far, and Ernesto withdraws, the understandable but unsettling desperation, which has been lying just below the surface, in the awkward goodbyes when he has to get the cash out, suddenly ratchets up, into a near-frenzy. Bomer’s performance is essentially “what if a perfect doll had too much feeling”, projecting a restless, unshowy unhappiness that is accentuated, rather than negated, by his blazing handsomeness. Butler has a way of getting performers to bring moments of truth to slightly hackey setups. A self-hating gay man downing spirits in the shower is blunt and cliched, but the tense build-up and Bomer’s rawness make it work.

A compelling, moving final act, centred on rock-bottom grief, brings the film up a level, but even then Butler can’t resist clumsy story-telling. The weather’s hot spell breaks with Sean’s emotional fever, a catharsis you can see coming the moment a background radio starts talking about the city’s parched drought. A final reunion between the two men is too on the nose, as is a bow-tie narration from Sean, indulgences that slacken the story’s otherwise emotionally taut fallout. Conor Smyth