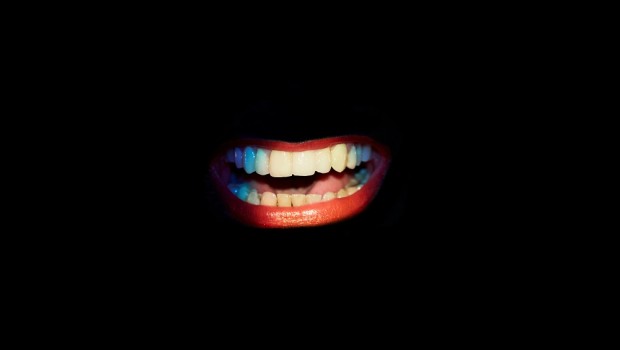 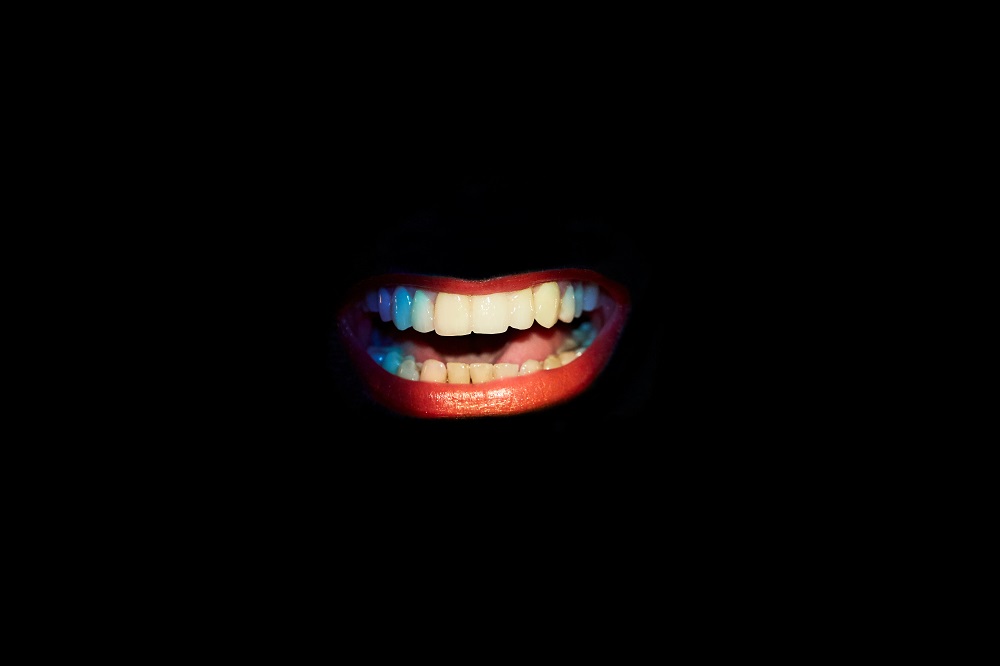 A broken mind is a terrifying notion. Once gone, so too, has a large slice of the humanity. Isn’t that why we hurry past the insane, with their babbling interior monologue, on the street?

It’s a brave playwright who subjects an audience to the mad jabbering of a fractured mind, delivered relentlessly  at the speed of thought for a dozen minutes. And in the pitch black, with only the speaker’s mouth illuminated. Samuel Beckett, who was many things, was nothing if not a courageous writer.

Beckett’s Not I, a powerful and unsettling portrait of the isolation of madness, returned to the Happy Days International Enniskillen Beckett Festival with Lyon-based Irish actress Clara Simpson inhabiting the mind of ‘Mouth’.

An old woman wandering aimlessly, and bereft of all human contact, Mouth’s mind is a tempest of fragmented memories and ceaseless noise.

It’s a disturbing persona, and a truly daunting role for any actress.  Following in the footsteps – or should that be lips? –  of Lisa Dwan, who has practically owned Not I this past decade or more, Simpson has managed to up the ante.

If Dwan took this unique theatrical spectacle to new depths of intensity, then Simpson’s achievement is to mine a seam of lyricism in the monologue. And that’s not all. For were it not enough to subject self and audience to a dozen, nerve-shredding minutes of what Billie Whitelaw described as the ‘inner scream’, Simpson does it seamlessly first in French and then in English – Beckett’s dual languages – in a runaway train of a performance.

This dual language rendition of Not I was specially commissioned for the 2016 Paris Beckett Festival – also curated by Happy Days Enniskillen International Beckett Festival directors Seán  Doran and Liam Browne – where Simpson delivered its world premiere.

If this seems like a major deviation from Beckett’s original blueprint, it’s perhaps worth recalling the words of Jack MacGowran, the great Beckettian actor, writing on the occasion of Beckett’s sixtieth birthday: “There is more than one way of performing certain plays, particularly those that break new ground and create new styles, but there is only one true way.”

Ground-breaking Not I certainly was when it was first performed in 1972 in New York by Jessica Tandy. More than a few audience members since then have been unable to sit through the ordeal. Though when the only theatre light is that illuminating the actress’s mouth – even the exit lights and toilet signs are extinguished – where exactly does an unnerved audience member bolt to?

A lot of people’s worst nightmare, to be sure.

Yet the greater the familiarity with Not I the less it seems designed to terrify and the more it appears, particularly through the device of repetition, to invite understanding of the protagonist.

Mouth is mentally broken, but she is a survivor. Insane by any yardstick, she has a story to tell, nevertheless. For those who will listen. Simpson’s narration, like an urgent, complex musical score, invites big ears.

The venue for this performance of Not I  is the chapel of Enniskillen Royal Grammar (formerly Portora Royal School), where Beckett spent three years from 1919 to 1923.

A claustrophobic loft space accessed by a set of stairs from a courtyard garden, the chapel is an innocuous, airless room that feels less like a chapel than an attic for hoarding life’s flotsam and jetsam.

Forty or more Beckettphiles fill the short rows of wooden chairs, each one inscribed with the name of a pupil from decades past, including Frank E. Beckett, the older brother.

Suddenly the lights go out. From the near-complete darkness, bright red lips appear, eight feet off the ground, framed by a pencil beam of light. Mouth’s disembodied voice, a whisper at first, gradually grows to fill the silence. A broken stream of seemingly random thoughts gushes forth without pause for the next twelve minutes. So close is the audience to Simpson that her sharp, micro-gasps for breath sound like percussive rhythms.

Mouth’s lips move at an unnaturally fast pace, pulled, almost contorted, this way and that by the velocity of the words. Within this verbal torrent are the jigsaw pieces of Mouth’s story, told in the third person, as though belonging to someone else. “What?…who?…no!…she!”

The hallucinatory experience is like being inside Mouth’s mind. Or like having Mouth inside your own mind. With Not I all conventions of theatre are upended. All extraneous distractions are banished as a lifetime’s details burst forth from Mouth.

Abandoned in infancy, the father disappearing “no sooner buttoned up his breeches”, the mother some months after, Mouth, it seems, was raised in an institution with “the other waifs” – a loveless upbringing. A loveless life.

She recounts drifting aimlessly through fields and parks, staring open-mouthed into space. A constant buzzing torments her. Not in her ears, but like a “dull roar in the skull.” Nothing of note in her sixty years, no seventy years, she corrects herself incredulously.

Numbed, Mouth is unable to make any sound, except once or twice a year when a torrent of words escapes her, aimed at some unsuspecting soul. She does not immediately recognize her own voice on these occasions and has no idea what she is saying. Even her voice, she seems to believe, belongs to another.

Mouth is so emotionally deadened that she is unable to feel anything. She thinks she cried, once. In Croker’s Acres, when staring at her wet hand in her lap. “Tears presumably…hers presumably…”

She was in court once, for something, “glad of the hand on her arm.”

Mouth recognizes that something inside is “begging it all to stop”, though her prayer is unanswered, or unheard. The notion of a merciful God provokes her derisive laughter. And all the time the buzzing in her head, the dull roar. Not knowing what she ever was.

“It can’t go on…all this…all that….” she exclaims. But like nearly all Beckett’s characters, she goes on. Her voice fades out, though never ceases.

For Beckett, Mouth represented all “those old crones, stumbling down the lanes, in the ditches, beside the hedgerows.” Simpson’s stunning Pas Moi/Not I, which earns the actress rapturous applause, is a potent reminder that Mouth is not a figure of the Irish landscape exclusively. Ian Patterson