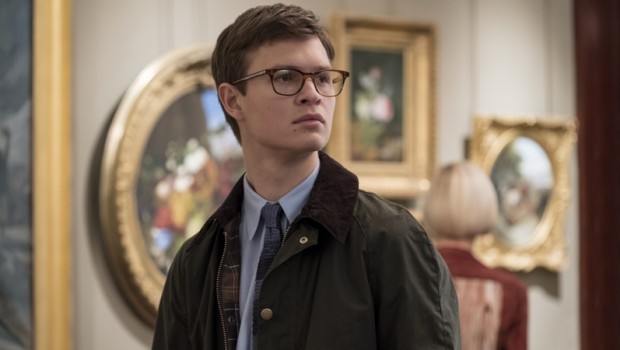 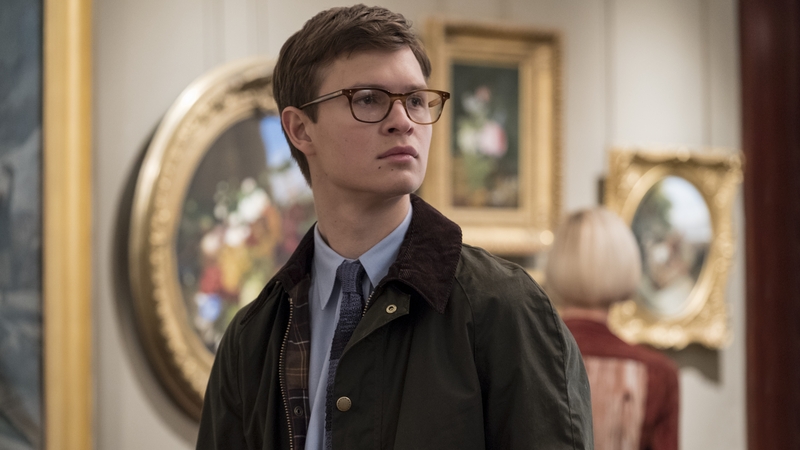 “I don’t need to tell you about loss”, Nicole Kidman’s grieving mother tells the grown-up Theodore (Ansel Elgort), her one-time foster guest when his mother was killed in a bombing. But actually, she does — she, or someone — anyone — needs to tell us something interesting about it, because no-one else is making the effort.

Adapted from Donna Tartt’s Pulitzer Prize-winning 2013 novel by screenwriter Peter Stroughan and director John Crowley, The Goldfinch is a wounded bird in a box office tailspin, and you can see why. It is a silly, bitty and a little embarrassing, too desperate to be “about” things, too unrelaxed to leave the ground.

We open on adult Theo’s suicide attempt, and then jump back and forth across the coming of age narrative. 13 year-old Theo (Oakes Fegley) survives a terrorist attack on New York’s Metropolitan Museum of Art, rescuing from the rubble Dutch painter Carel Fabritius’ cherished work The Goldfinch, his mother’s favourite painting, and one that he keeps by him for the rest of his life, as a kind of talisman. From there, Theo goes to stay with a school friend, under the compassionate eye of Kidman’s WASP matriarch, then his deadbeat father and his girlfriend (Luke Wilson and Sarah Paulson, always-welcome performers with narrow material), where he befriends a vampiric Ukrainian (Stranger Things’ Finn Wolfhard) who walks under an umbrella in the sunshine. There are complications: a prescription drug addiction, heartache, a fiancée, antiques forgery with Jeffrey Wright’s furniture restorer and, eventually, a trip to the criminal underworld that is impossible to take seriously.

Irish director Crowley’s last film, Brooklyn, had a similar sentimental glaze and broad, fairly cliched scope, a limitation especially noticeable in the third act’s unconvincing love triangle, and if he had anyone other than Saoirse Ronan at the helm he would have been in trouble. Ronan was able to locate the story’s abstractions of home, distance and estrangement in a flighty but emotionally robust performance. But Elgort is no Ronan: a glum performer who lacks the range needed to balance and make sense of The Goldfinch’s various detours and time-jumps.

The prescription drug fixation like another clumsy pain point that Theo’s character — to the extent that he has one — never really embodies. Beginning with dabbles in sedatives as a nervous kid, he moves onto Valium, crushed up in little cans, tucked away in a storage locker. And there is a medicated feel to the film in general, with its numbing, shallow fiction-finalist profundity. Roger Deakins’ coloured-blocked frames — the dust orange of Texan real estate desert, the blues of an Amsterdam morning — are beautiful but millimetre-thick veneers. Characters move through scenes as if inhabitants of a waking dream, disjointed from reality, speaking in sentences you would furiously scribble on the bedside at 3am, only to roll your eyes at in the morning.

Again and again, the film returns to the bomb, the dust, framing it as a haunting recurrence, a moment of centripetal trauma that pulls in all of Theo’s future, but the effect is more like a spinning drum, a nowhere-churning that goes on for two and a half hours. You end up sympathising with the plight of Fabritius’ little bird; trapped, chained by the foot, desperate to fly away. Conor Smyth

The Goldfinch is out on wide release.