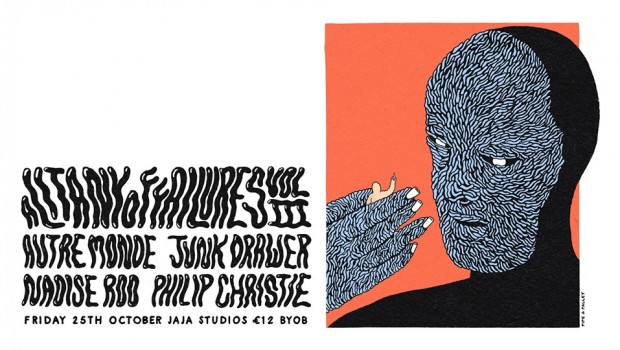 A Litany of Failures Announce Volume III and Fundraising Gig 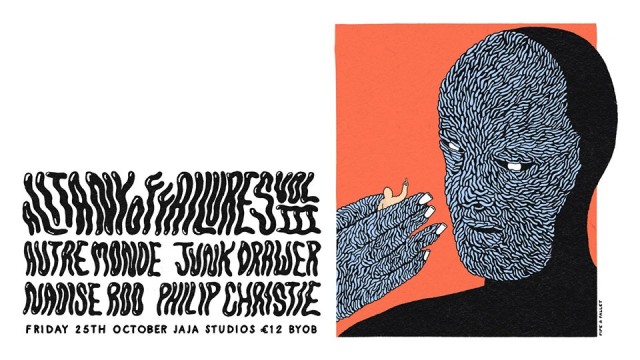 After triumphant failures in 2018 and 2016, A Litany Of Failures – an independent, cross-border compilation series featuring the best in alternative Irish music – is back.  Ahead of another double-vinyl release in July 2020, A Litany Of Failures is curating a series of fundraiser gigs around Ireland. These will feature the curdled cream of the indie scene, with the first gig taking place on Friday 25th October in JaJa Studios in Stoneybatter, Dublin 7.

A Litany Of Failures began in June 2016, with the release of a split four-track EP on tape/CD. The release featured songs by Oh Boland, Junk Drawer, That Snaake, and Shrug Life, with the four bands playing a week of gigs together in Belfast, Dublin and Galway. Toiling in obscurity, wielding their antiquated guitars, the split EP gave some strength in numbers to the geographically divided groups. Splitting their costs and trading their resources, a sense of community was forged.

In July 2018, the concept was expanded to feature 18 tracks on a double-vinyl gatefold for Volume II. Aimed at providing a diverse document of often overlooked music from around the country, the compilation featured new tracks from independent bands around Ireland, and was celebrated with a tour including dates in Galway, Dublin, Cork, Limerick and Belfast.

Each act on the bill will have music featured on A Litany of Failures Volume III. Read Eoin Lynskey’s review of Volume II here.