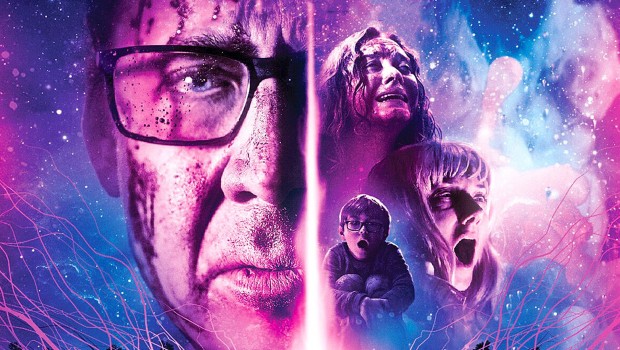 Color Out of Space 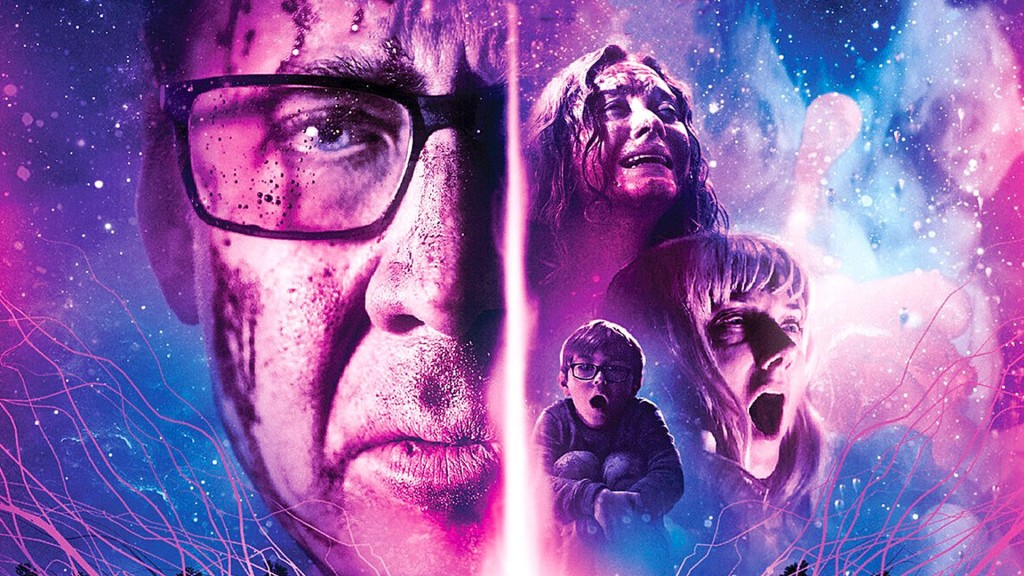 After his quarter-century exile from feature filmmaking, writer-director Richard Stanley returns with Lovecraftian passion project Color Out Of Space. It adapts H. P. Lovecraft’s short story of the same name, where an asteroid strikes a remote New England farm, unleashing an incomprehensible alien entity which begins to infect the bodies and minds of the family it finds there.

The combination of the excellent source material and Stanley—who even when his films were run ragged by studio interference remained a strikingly distinct visual stylist—should have made for an abundantly weird film, and yet the results are disappointingly orthodox. There is potential, mainly in how he pushes the digital image to breaking point; moments where the material world itself seems to smear and tear. But the film moves on autopilot, deriving its tension and scares from tired tropes like stock whistles and whines, putting people or objects dead centre in a cinemascope frame, or the short-lived shocks triggered by gurning monstrosities, made with physical FX and then papered over with poor CGI.

The film is a victim of the perennial problems of adapting Lovecraft. Despite being the heavily acknowledged father of modern horror and science fiction, there is a surprising lack of quantity and quality when it comes to straight depictions of his work. The received wisdom is that cosmic horrors that defy description are just not suited for a visual medium. More likely, it’s that no-one has found a cinematic analogue to his style: that unique mixture of 19th-century and Gothic inspired prose, both hysterical and sober, and resistant to character action, where narrative is often relayed rather than depicted, filtered through multiple accounts and epistles, and characters operate with minimal motive. In the void, they go mad.

Stanley’s recourse is to vent the discomfiting form and embrace the contrasting tones by jumping between comedy and drama. This approach is aided and abetted, but then ultimately sabotaged, by Nicolas Cage, who plays the patriarch, Nathan Gardner. On paper Cage seems like a refreshing break from the norm. A non-naturalist who was canny enough to buy into his internet celebrity, based on his many screen blow-outs, and out of it cultivate a late career as a wild and woolly alternative to the dominant realism of American acting.

Where this feels genuine, and more than a smart careerist move, is in the choices he makes in expressing the effects of “the colour” on Nathan, turning him from an overstretched yet attentive father into a full-blown authoritarian. The realist choice would have been to over-egg his comic-inflected but ultimately heavy and portentous performance in the first act of the film. Instead Cage takes an early scene, where Nathan makes a patently exaggerated impression of his late hypercritical father as a whining flamboyant, and makes that the basis of his character’s mutated persona.

The results are off-setting, mixing the diction and gesticulations of a beleaguered sitcom dad with disturbing inner conflict and mental degradation. Yet the specifics of the performance often disappear, and it becomes indistinguishable from his other, memed-to-death freak-outs. It’s analogous to the film overall. For despite its serious outsider cred, Color Out Of Space offers little more than what you can find in your average direct-to-streaming horror fare. Ruairi McCann

Colour Out of Space is showing at Queen’s Film Theatre from Feb 28th.

Color Out of Space Ruairi McCann 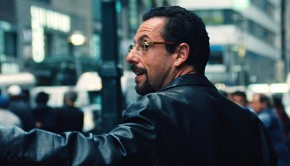