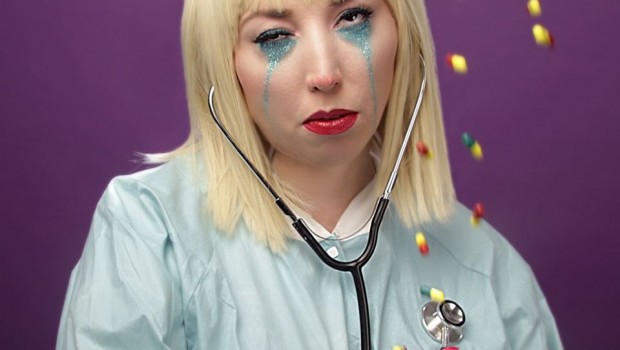 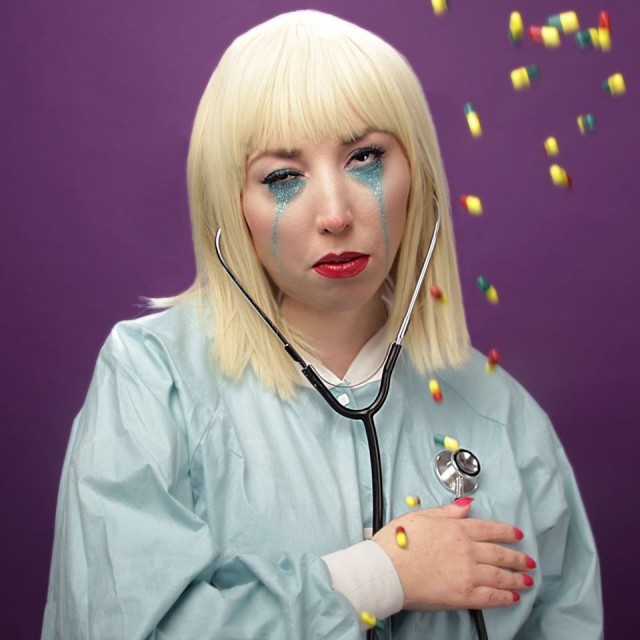 With singles drip-fed over the course of the last year, we’ve been patiently anticipating the extended follow-up to Naoise Roo‘s masterful debut album Lilith for some time now. Finally, with the cosmos’ on-brand sense of blackly comic timing very much in tact, the Sick Girlfriend EP is out tomorrow.

A fully-formed statement that, across just four snapshots, embraces life in all its ugliness and challenges the accountable norms within the industry. Alongside producer Liam Mulvaney, bassist Daniel Fox & Rian Trench on drums & synth, she ably treads the line between emotionally-driven textural experimentation without forgoing her ability to create gargantuan introvert’s pop banger. Much like the subversive, zeitgeist-capturing album of 2020 in Fiona Apple’s Fetch The Bolt Cutters, despite its gestation period, Sick Girlfriend feels strangely prescient.

Naoise opened up to us about some of the context and events surrounding the EP’s creation. We encourage you to have read and delve in ahead of her live return in the hopefully not-too-distant future:

“As I’m sure everyone who is releasing has mentioned recently, it’s an odd time to be putting out music. To be honest, it feels odd to be focusing on anything other than the news and the people close to us. That being said, it’s a great relief to put something that was a long time coming out into the world and know that I can let go of it. I’m not immune to the irony of releasing an EP called Sick Girlfriend, the universe sure has a dark sense of humour. I think if it was intentional it could seem distasteful but just like everybody else I never imagined that in 2020 I’d be isolating indoors from mid-March and hoping we all get through this ok. My priorities were pretty inconsequential before this. I wondered if anyone would like the EP, if the gig would sell well and whether I should start using the gym membership I’d paid for all through winter and never used!

The EP really is a collection of the various ways I worked through a very intense period of depression and anxiety. It covers relationships, the music industry, my feelings of experiencing mental health issues as a woman and experiencing deep suicidal thoughts. Sometimes I wonder whether its better to be direct about these things or should I just let the work represent itself but then I think about how much it meant to me when I read a feature with Paddy Hanna a couple of years ago about mental health and it made me feel less alone, so I decided to be as honest as possible about it. It feels important to be open about that but simultaneously it makes me nervous. There’s a fear that people will think of this vulnerability as some form of a marketing device. I was at a HWCH panel for mental health a couple of years ago, and an audience member posed the question of ‘what about the people who use anxiety and depression to sell their music?’ One of the panelists called it a fair question. I was so angry. Nobody who actually suffers thinks like that – I think it’s dangerous to have that attitude. The idea of there being a factor of authenticity when people share their darkest feelings or some sort of scale is abhorrent. We know the majority of people suffer from these afflictions at some point. The less we scrutinise and just take at face value, the more we rid the world of the stigma and the less alone we feel.

I digress, anyway  this record’s very meaningful to me. I made it with such talented people (both in the studio and design-wise) who are my good friends and I feel very privileged to have shared something that felt very intimate to me with them.”