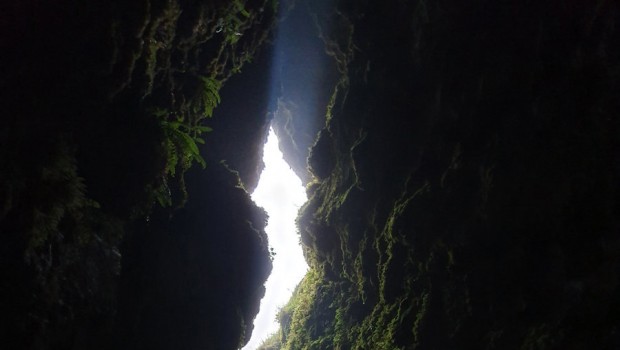 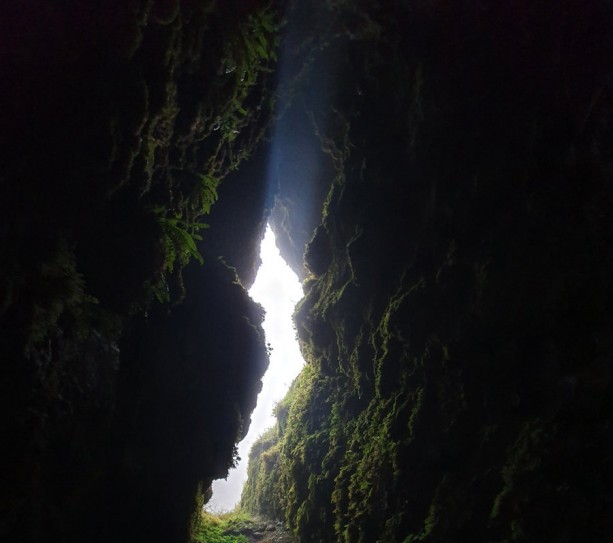 The first thing the viewer sees is a strip of bright light, shining in front of the rocky path at their feet. Then the framing comes into focus, a dark cave coloured by lush greenery. It’s a glimpse at paradise, but it’s also the album art for Round Trip, the debut release from Galway DJ-turned-producer Yurtis Mayfield aka Adam Ryan. It fuses themes of science and environmentalism within electronic trappings, exploring the realisation that earth’s endangered grandeur is best recognised after a period of inner and outer space travel.

Ryan covers these ideas in a pleasingly eclectic selection, incorporating pulsing techno and beatless ambient, delivered with the warmth only synths can conjure. A DJ apprenticeship makes good sequencing instinctual and it is unsurprising that this set opens with an attention grabber. ‘Faster Than Light’ is awash with acidic synths and metallic, verging on industrial, percussion. In accordance with the song title, it comes together to paint a sound picture of some thrilling-but-frightening futuristic dystopia. But like the daylight flooding the cave exit, an ethereal pad intermittently pierces the dissonance, providing a moment of euphoria before the grind starts all over again. It is an arresting start and, despite its occasional respite, is the harshest track on the album.

Things are more blissful ‘In the Cosmic Garden,’ where Ryan makes the ecological allusions literal. This is accomplished by centring the sounds of a gentle stream and looped bird noises, introducing slowly swelling synths and a pitter-patter beat as unobtrusive as a soft rain drop.

Countering the green vibes, he follows up with the first interlude, ‘Warp Drive.’ From its title to its lone synth sound, it evokes acid techno minus the drums. The second interlude, ‘Mainframe,’ is similarly composed of what sounds like a solo synth, but the composition is closer to the cosmic ambience of the Berlin School or the Orb’s quieter moments. Although they are called interludes, they are mood-building tracks that, importantly, contribute to the album’s entwined themes of science and nature. Without hearing technology stripped bare, the environmental ambience that surrounds them would not be quite as impactful.

The promise of the cosmic garden is turned on its head with ‘There Is No Planet B,’ built upon the sound of rolling waves and a mournful strum that could underpin a goth rock song. Organic-sounding percussion then emerges and dominates the rest of the track. In combination with the oceanic loop, the vibrancy of the beat calls attention to what might be lost if nature is treated only as an obstacle to profit. Closing track ‘Retrospect’ seems to answer this hypothetical question. It is the kind of ambience that saddens rather than soothes, attributable to its beautiful, mourning violin-like lead. After experiencing the lure of the machine and the elation of Mother Earth, this feels like someone looking down on a decimated world.

On his landmark 1970 release Curtis, Curtis Mayfield made social commentary fiery, backing up his message with a bubbling stew of horns and fatback drumming. Fifty years on, Yurtis Mayfield charts the planet’s bleak path with a comparable sense of pathos. Two things inspire Round Trip: the thrilling mechanics of techno and the natural raptures of the outdoors. Using both, he makes a quietly powerful case that we should preserve what we have. There is no Planet B, after all. Pádraic Grant 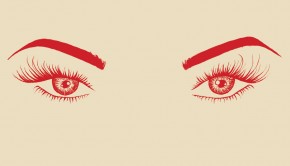 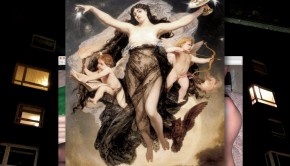