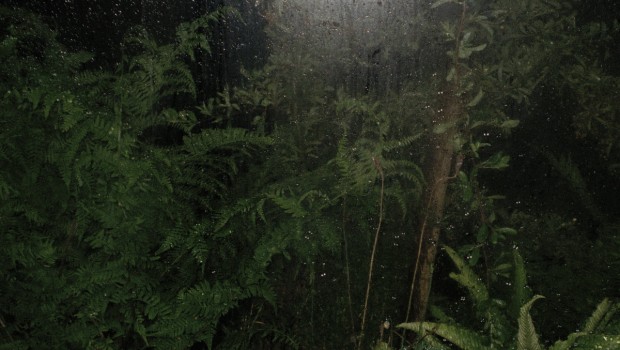 The Cube of Unknowing – Drowned Zones 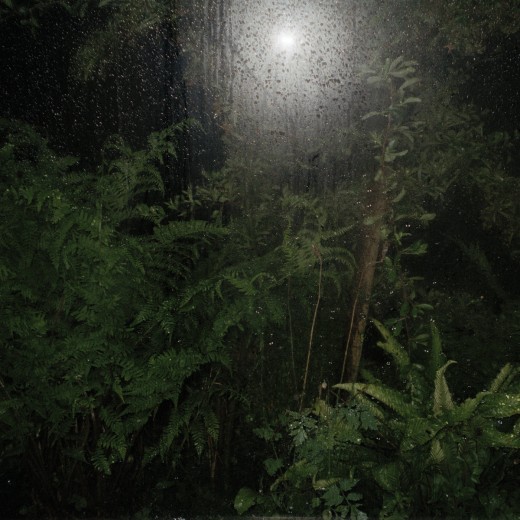 After tackling small town esoterica and early Irish Christianity, the latest release by Francis Heery, aka The Cube of Unknowing, explores the idea of resurgent nature, unleashed by a world-changing flood, engulfing the towns of County Galway. Drowned Zones is made up of six glimpses into a future past, where small town ruins are overtaken by jungle and stalked by creatures only a new primordial soup could conjure.

The most resonant sci-fi charts the consequences of choices made in the present, so it is little surprise that Heery’s album description references dystopian chronicler JG Ballard. The concept, from artwork to song titles, evokes his eco-collapse novel The Drowned World. In that work Ballard envisioned a Europe half-submerged beneath risen waters, creating an environment where abandoned Ritz hotels overlook lagoons inhabited by giant water spiders and plant-life re-emerging after millions of years in abeyance.

A listen to Drowned Zones shows that, like the visual and textual signposts, this post-apocalyptic concept suffuses the music; the mix is littered with synths that sound like nearby insects and giant globules dropping from above. Heery’s first releases concerned small-town esoterica, jumping from the languid eeriness usually heard on haunted shortwave radios to harder, techno-inflected sections. Most recent release The Lives of the Saints moved to a fascination with the squelchy emanations of Irish boglands, rendered with aquatic electronics and a dense, dubby percussive base.

Drowned Zones begins in a similar manner, building a dense thicket of abrasive beats that squeeze any breathing space out of the mix, but it progresses like a film soundtrack. The opening scene is ‘1824’, which plunges the listener into a soundscape populated by electronic gurgles and metallic percussion, horror synths piercing through the tumult. ‘Inland Waterways’ dials down the mania and takes on the languidly eerie pace suggested by its title, anchored by steady drum patterns and synths unfurling like distant fog.

‘Topo’ and the lengthy ‘Callows’ play the long game, focusing on opaque drum patterns eventually given additional backbone with the addition of four-to-the-floor kicks, the treble provided by echoed notes falling like droplets in the air. Although their combined length may try the patience of listeners who do not prioritise percussion, these two songs make up a hypnotic second act, creating an environment of sticky humidity and laying the ground for the final curtain.

As much an example of imaginative sound design as it is engrossing music, penultimate track ‘Kylemore’ presumably takes its name from the famous Galway monastery, in this world now overrun by alien flora and fauna. It is certainly built like an exploration through living jungle, a steady pounding laden with dub echo, minor arpeggios and synth slime that evokes a horde of creepy-crawlies, watching and waiting for their chance to pounce. Remember, it’s only a song and that’s only a moth flitting around your lightbulb.

The ‘Unidentified Structure Close to the River Side of the Bridge’ is not a place you should visit, should the adrenaline-laced closer be believed. The track begins at a furious pace and develops from there, acidic notes rising and rising as kicks begin to pulse through the undergrowth.

It is a thrilling way to end Drowned Zones, a sci-fi warning that laces the familiar with fears of a potential future, where bogs have become rainforests and the ordinary has been overrun by the bizarre. It takes skill to make music this cinematic, with obvious attention to drum programming, soundscaping and even track sequencing. Heery has proven an adept purveyor of Irish Forteana, and it will be worth following whatever new concept he pulls from an existence that seems mundane but bristles with hidden currents. Pádraic Grant