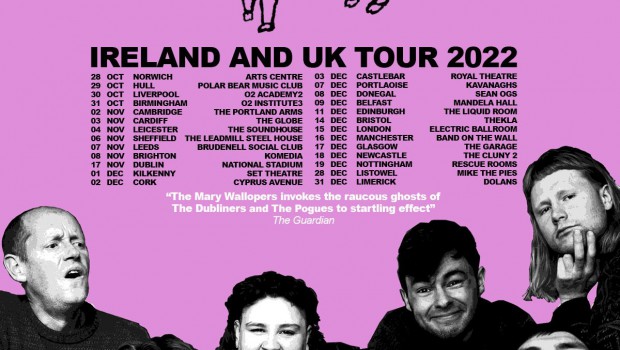 Mary Wallopers Announce Tour With New Single ‘Frost Is All Over’ 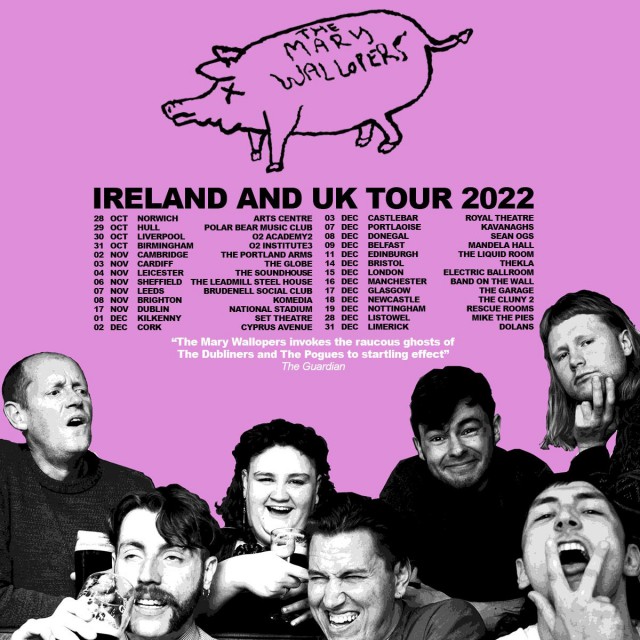 Modern Dundalk trad icons The Mary Wallopers are set to return to the road following a hugely successful, outright decimation of UK and Irish stages and crowds last time around. To accompany this news, they’ve released a video for brand new single, ‘Frost Is All Over’, their update of the Irish folk song, taken from their forthcoming album – out in autumn.

The band themselves say “Frost is All Over is a traditional Irish song about taking everything in your stride and not caring about what everyone says you should care about. We added the verse about landlords as we feel they are a sensitive sort who need reminding of how much we care about them. It was recorded by Chris Barry in his Dublin studio in 2021. It’s an old song made famous by Planxty. The video was shot by Sean McMahon and the set was designed by Mark Sheridan. Sean is from Dundalk like us and has worked on our livestreams before. It was shot in the old AOH Hall in Blackrock, Dundalk, which local music legend Conor Hughes allowed us to use.  The video is our way of introducing the new band and how sexy we have become over lockdown. Our home studio/pub was too small to fit everyone in so we had to branch out but still keep it Dundalk.”

Originally a trio of brothers Andrew and Charles Hendy and Sean McKenna, the group has expanded to a seven-piece live lineup to more suitably fill the substantially-sized venues in which they’ve been booked. Their 33-date tour includes the following dates on every corner of the island: