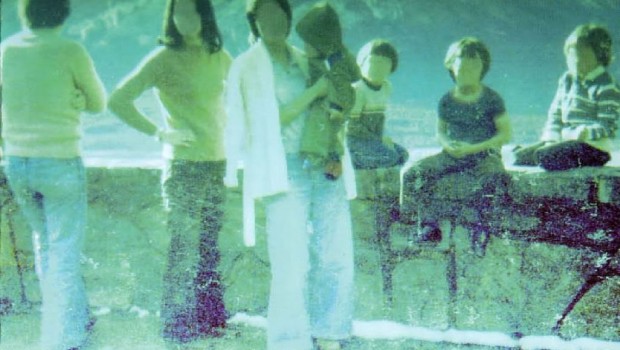 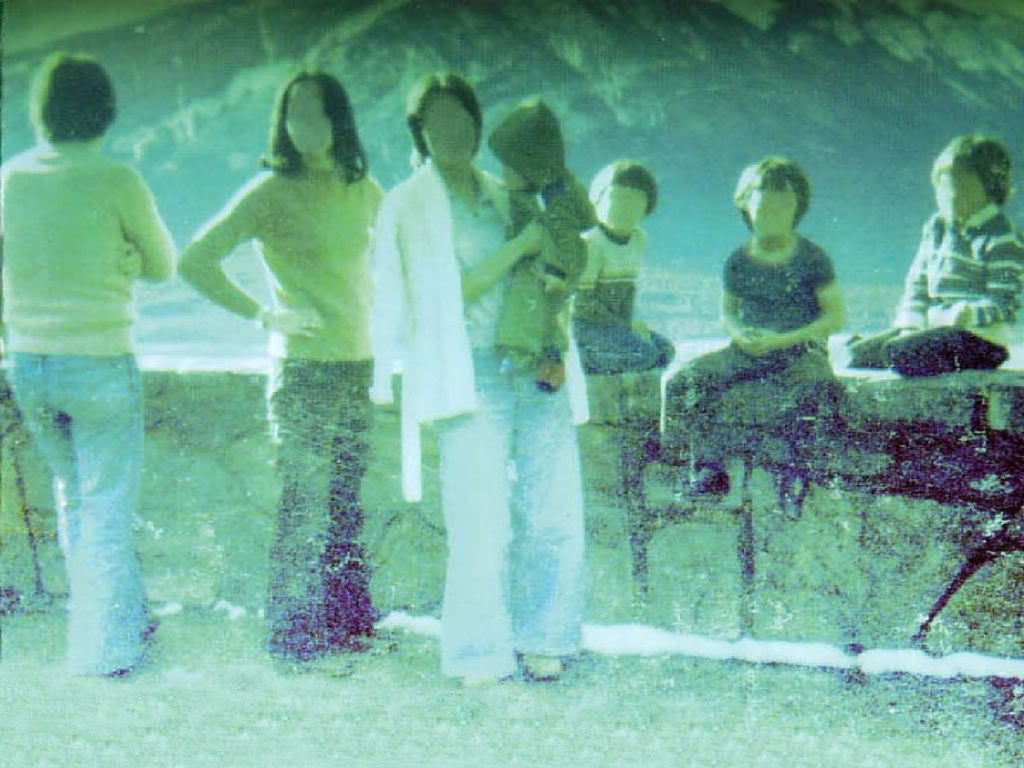 Gazing out at us, stand seven figures. Two are turned away, whilst the remainder are directly facing us. Against a mountain background, this sexless group of adults and children pose for a photograph, immune to the effects of time or geography, their faces rubbed away to reveal a smooth, featureless surface, betraying nothing.

In a realistic sense, the cover of the debut album by Boards of Canada betrays more about the contents within than is immediately obvious, and it remains as potent an identifier as anything else the band have used over the years. Whilst it is hazy and difficult to discern, just as with their music, it is anything but indistinct.

Like the unknown figures in the photograph, just who are Michael Sandison and Marcus Eoin, the two Scotsmen responsible for this piece of art that continues to fascinate and beguile, 15 years after its release? Are they brothers, as they have occasionally claimed in interviews? Did they really move to Canada when they were young? Exactly where in Scotland are they from? Ultimately, it’s not really that important who they are, it simply being enough that they are.

Indeed, perhaps the main reason that Music has the Right to Children remains so powerful is that biographical details and specifics feel unimportant when listening to the music, the gaps and blanks becoming a canvas upon which the listener fills in their own details. The faces on the cover are blank, encouraging us to complete them in our mind. Who were the people? Why are they standing there? Who took the picture? And where did this music come from?

Music has the Right to Children offers no easy answers or solutions. Every second of the record seems to emanate a sense of child-like nostalgia, hazy memories filtered through the gauze of some manner of shared experience. But really, do any of us remember these sounds from our youths? As woozy analogue synths heave into life, and crisp hip-hop beats kick in over the top, the sound manages to convey a wealth of experiences, without really suggesting anything. The melodies on tracks like ‘Pete Standing Alone’ and ‘Turquoise Hexagon Sun’ manage to feel ‘major’ and ‘minor’ at the same time, alternately suitable for soundtracking the listener’s positive and negative memories and experiences. All the while, the delicate layer of intricate beats and squelches that provide the percussive element to the music prevent it from drifting off into some kind of ambient haze, without making the leap to the dancefloor either.

Perhaps it’s no surprise that many people will be instantly familiar with some of the music from this album, and its follow-ups, through television. Just as they have claimed to have been influenced by the educational films of the National Film Board of Canada from where they get their name, their music has become the go-to for other people trying to create some kind of ambience to accompany visuals. And really, this music can be used to soundtrack anything. Washed out, Super-8 footage of the 1970s, sleek profiles on cars, the American penal system, outer space, and the evolution of mankind are all subjects that have benefited from the subtle placement of Boards of Canada, the undulating synth tones adding layers of meaning to the visual image, reinforcing things that might not have even been implied within the original picture. Truly, Boards of Canada can perform a viable sense of visual alchemy.

But all this suggests that Music has the Right to Children possesses no inherent meaning in of itself, that it is somehow empty and incomplete, awaiting some third party to input its own sense of purpose to attain completion. Listening to the warm tones and washes of ‘Open the Light’, it becomes apparent that this isn’t the case, the record possessing a profound beauty entirely of its own merit. Indeed, the album is such a carefully crafted mesh of sounds, melodies, textures and rhythms that to indicate that it only attains value with external input belies the incredible artistry that clearly went into its creation. In reality, Music has the Right to Children is an impeccably created enigma, capable of withstanding any projection, without sacrificing any of its own secrets to the world at large.

By revealing nothing about its past, the album has no history to speak of, and wrapped up within these seemingly blank surfaces lie all manner of meanings and suggestions, just waiting for the right moment to escape into your consciousness. Like an out of focus picture of seven figures standing before a mountain scene without faces, Music has the Right to Children gives the outward impression of being a blank canvas, allowing you to project whatever you want upon it, whilst tightly clinging to whatever secrets remain inside. Steven Rainey

Tags: boards of canada, classic album, music has the right to children