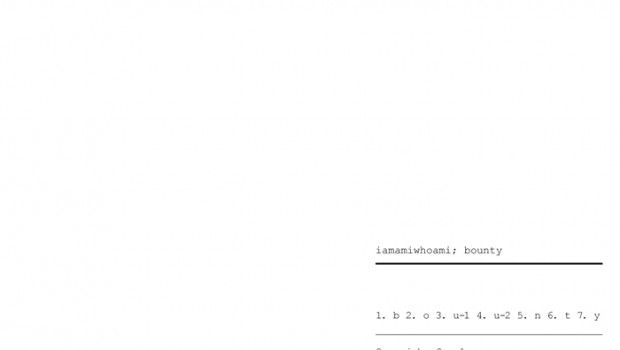 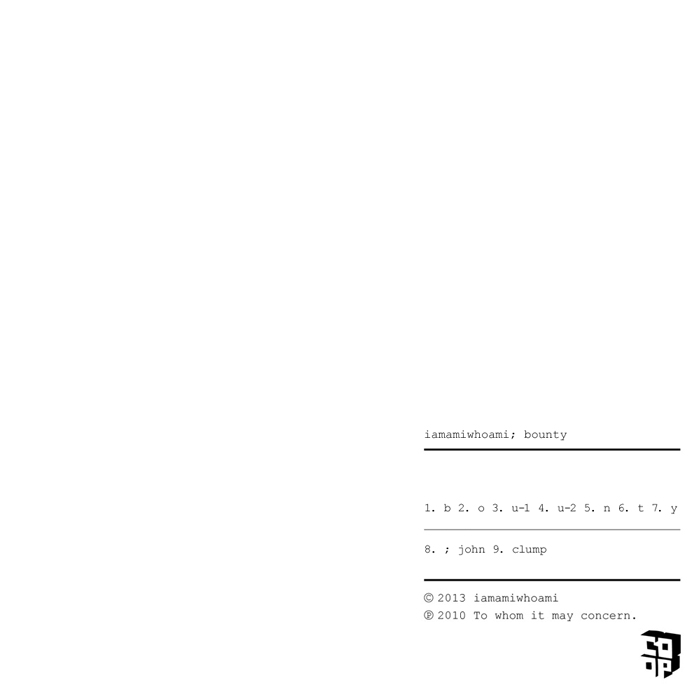 Jonna Lee set the bar high when she released her impressive debut album Kin in June of last year. The Stockholm-based artist, under the moniker Iamamiwhoami, produced one of the most captivating electronic records of 2012, laden with art-pop grandeur and trip-hop intricacy. The audiovisual release followed a series of videos posted online, dubbed the ‘prelude’ to Kin – now a year later, those tracks have been released properly to form a spiritual prequel: Bounty.

The album opens with ‘B’, an uncomplicated piano piece with echoing vocals heaped on. From the first listen it’s a pretty yet unremarkable song, and a forgettable opening. Continuing on, ‘O’ begins, and after a minute of slow introduction it’s easy to be lulled into the album’s slow, somber mood – and then boom, the track revs into one of the high points of the whole album. It’s sensual, infectious and undeniably Bjork-influenced, and while the rest of the album insists upon black-or-white dramatics, this track is grounded and engaging.

Bounty continues in the same fashion it starts, having a rather polarizing effect; one moment dejected and eerily slow, and punchy and rousing the next, but rarely within the confines of a single song. Slower numbers have a cinematic quality to them, and suitably stand out more when experienced with the music videos. The whole release is certainly designed to be more of an audio-visual release anyway, so perhaps it’s unfair to write them off so quickly. However, it’s hard to ignore the jump in quality between them and some of the more upbeat tracks, most of which truly stand out on their own.

Plenty of artists have pulled off the slow/fast dynamic before with aplomb, but on Bounty the shift is just a little too jarring. Unfortunately the slower tracks such as ‘B’ and ‘U-1’ feel pretty directionless, and it’s only nailed down more because tracks like ‘U-2’ are so distinctive and original. Immediately loud and defiant, the aforementioned track is danceable material unlike anything Lee has produced before. It’s bursting with vitality, originality and a sense that Lee poured a lot of herself into it – the tracks surrounding it come across as filler by comparison.

In terms of tone, Bounty is much more dependable, Lee’s spectral vocal casting a melancholic shadow over all of the underlying music. With that in mind, the tracks are for the most part much more euphoric than Lee’s previous works, at times bringing an easiness to the tracks, and the distinct nature of each track makes each feel like a unit to be listened to separately sometimes. Towards the end of the album it feels like Lee is still in the Kin mindset, the synths swollen and bold, the vocals immersive and meandering.

To those in the know, Bounty might feel like more of the same, but without the meticulous pacing of the first. But the reality is that Lee is good at what she does, and while at times a little inconsistent and lacking depth, there are some shining examples of original electronic music on here – worth checking out for anyone looking for something fresh, and boosted when experienced with the visual package. Aaron Hamilton 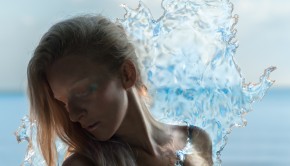