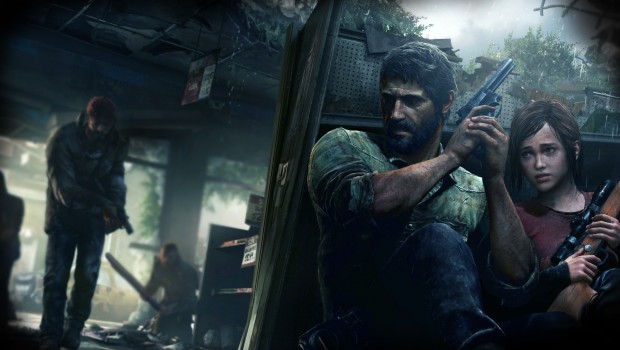 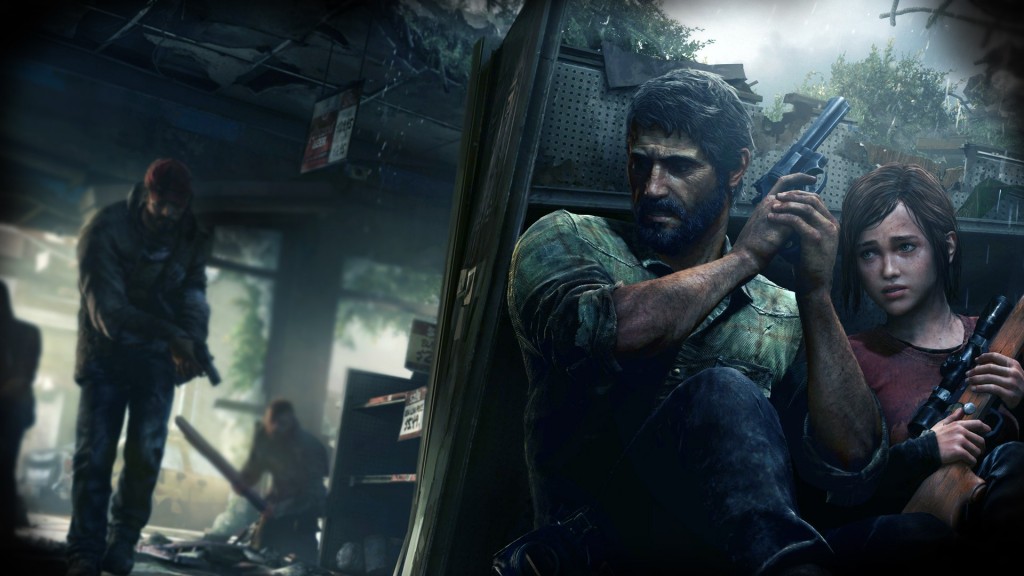 There is an infamous moment in The Happening, M. Night Shyamalan’s justifiably maligned vision of the apocalypse, in which Mark Wahlberg talks to a plant lest it get angry and secrete a neurotoxin which hastens his madness and eventual suicide. The scene is as ridiculous and cringe inducing as it sounds, and illustrates how in the wrong hands a concept can be totally bungled. The link between this box office disaster and The Last Of Us, the most accomplished and original videogame to be released this year, is that when nature turns angry it can be very deadly indeed. The simple yet ingenuous idea is that a virulent Cordyceps strain, a parasitic fungus which normally zombifies ants and other small critters, has infected humanity, turning them into rabid, hyper-aggressive killers with no off switch. The outbreak, as portrayed in a deeply unsettling yet thrilling opening sequence in which civilisation tears itself apart, is terrifying because it feels so real.

At this point you may be wondering why we are speaking in such hoity-toity terms about, of all things, a videogame. Surely this medium, so regularly dismissed in the press as the virtual stomping ground of socially repressed men-children, could not take on a subject as important as the end of the world and expect to be taken seriously. Well, to argue against the seriousness of The Last Of Us is to misunderstand not only the fertile minds of Naughty Dog, the Californian development house previously responsible for the Uncharted series, but also the intentions of those who play games. Indeed, “play” seems a misnomer for what is happening here. To reveal too much about the narrative arc of The Last Of Us would lessen its enjoyment significantly, yet it is safe to say that it is not the rollicking adventure one might expect from a console release.

You are Joel, an emotionally damaged smuggler and mercenary who, for reasons which shall remain secret here, must accompany teenager Ellie through a decrepit Boston overrun by military, bandits and slavering, moaning unfortunates who have caught the pox. The central premise may be pared to the bone but the writing and characterisation are sublime. Joel is grizzled and surly with salt and pepper in his beard and the light gone from his eyes. Ellie, in contrast, is potty-mouthed and sassy, full to her dimples with vim and vinegar. Their bickering soon gives way to begrudging acceptance which in turn becomes co-dependence and affection. It lends proceedings a tangible sense of threat: it is hard not to panic when you are besieged by a horde of monstrous once-were-humans while Ellie cowers and screams off camera. And you panic because the relationship, so crucial to the game’s success, feels genuine. In quieter moments, so often the calm which preludes the storm, Ellie will sing absentmindedly to herself or flick through albums in a dilapidated record store. These are lovely touches which bring the character to life and therefore make her potential death so affecting.

And death is never too far away in The Last Of Us. Make the wrong choice and you will be gunned down by the militia or – much, much worse – chomped by the increasingly hideous humanoids which populate the country. The visual design of these horrors – their skulls turned into bulbous, split pods – is increasingly grotesque but the sound effects are masterful. The monsters may be braindead but the producers certainly are not. The blind but deadly Clickers, so called for the noise they make as they lumber around in search of food, will surely give gamers the heebie-jeebies, and the sparse, eerie soundtrack ramps up exponentially when you find yourself in a face-off. Such encounters, however, are unwise. Ammo is severely restricted, forcing you to improvise by crafting weapons with scissors and pipes and beer bottles. Of course there’s also the Splinter Cell approach of sneaking up on baddies and snapping their necks. If you don’t mind listening to them grunting and pawing at your choke hold as they go black, that is.

It should by this point be evident that The Last Of Us is not for the fainthearted. The violence, while never gratuitous, is up close and impersonal throughout. Death scenes are brutal, frequent and shocking, and are at odds with the beauty of the surrounding world. In contrast with the dirt browns and asphalt greys of, say, Gears Of War, this collapsing Boston is rich with colour and detail. Flooded rooms and crumbling office blocks shimmer with light. Along with Bioshock Infinite, this is further compelling evidence that the videogame can qualify as art. Brilliantly playable art: the controls are fluid and responsive, fights are challenging without being unfair, and puzzles are never too obtuse. At times it feels like a movie John Carpenter never made. At others Joel and Ellie’s journey recalls the one taken by Gordon and Alyx in Half-Life 2. Their relationship, frequently strained to breaking point, functions the beating heart of the game. Amidst all the death and destruction it is this cheering celebration of kindness and affection which propels the story forwards, perhaps towards oblivion. If The Last Of Us is indeed the last premium title to be released exclusively for the Playstation 3, it will be a more than fitting swansong. Ross Thompson

Tags: game review, PS3, the last of us