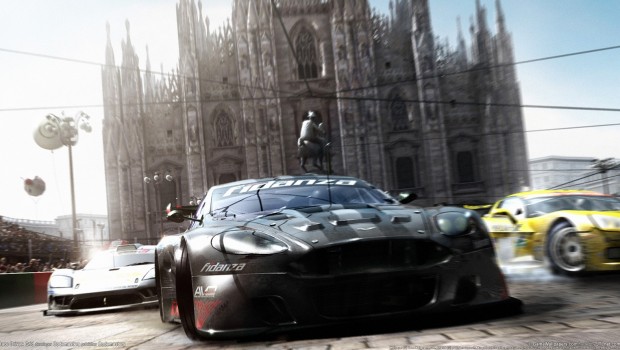 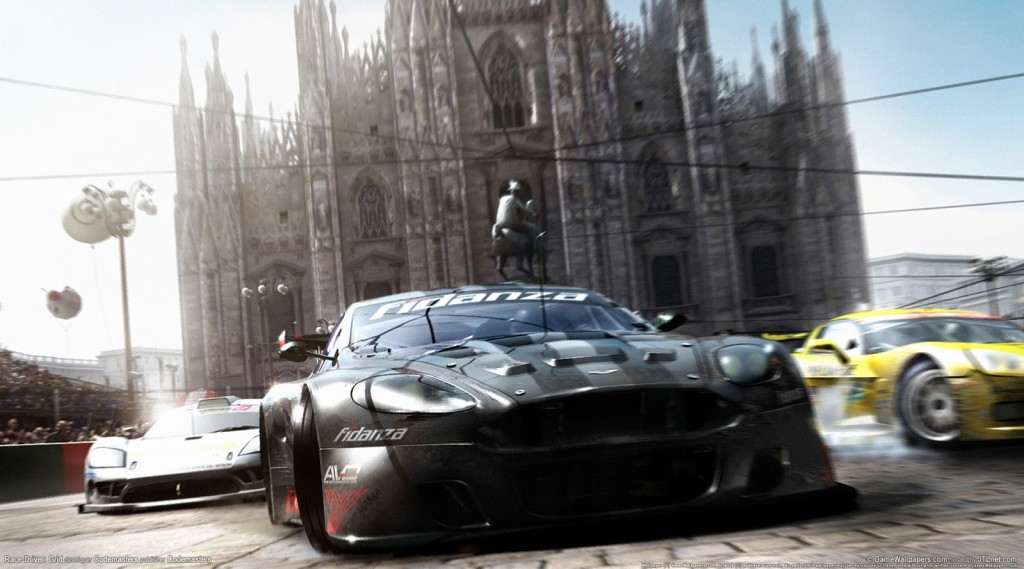 Driving games tend to fall into several camps. There are those which are made for the type of petrolhead who wants to lose themselves in a multitude of stats and tech specs, and there are those who just want to switch on the console and jump behind the wheel. Thankfully, Grid 2 falls into the latter camp: it’s a fast and at times furious racer with the emphasis firmly placed on gameplay rather than on pin sharp simulation.

A loose and to all intents and purposes arbitrary plot is chucked out early on: the fictional World Series Racing league invite you to participate in a number of races across the world. Faux YouTube videos and a fan counter – incidentally, the same device used in the ill-fated but brilliant Blur – chart your progress but these are a mere distraction from what’s really going on: driving at breakneck speed over dirt roads, busy streets and traditional tracks. Within minutes of loading Grid 2 you will be tearing it up beneath a rail bridge, French Connection style, the streetlights reflected in the car’s bodywork.

There is no doubt that Grid 2 looks great: textures are crisp, lighting effects are eye-catching, the cars are attractively designed, and there is no discernible pop-in or frame-rate problems. The audio is equally refined: engines growl, tyres squeal and the music is minimal but effective in building tension. It’s closer in tone to an arcade classic such as Sega Rally than the exacting Forza Motorsport franchise but is all the better for it. Racing purists might baulk at the concession to casual gaming through the inclusion of mechanics such as “Flashback”, which allows you to rewind time after you oversteer into a corner and plunge into a speed barrier, or prong another vehicle and lose valuable time. However, you won’t use it too often. Once you are accustomed to drifting through the best lines on each track the controls become second nature. A game should be challenging but it should never be unfairly balanced: those who find themselves all fingers and thumbs over the likes of Gran Turismo might find Grid 2 to be, well, right up their street.

If the career mode can at times be pedestrian there are also the requisite time attacks and mini challenges along with the separate multiplayer. To be fair, the options here are limited and a few more tracks wouldn’t have gone amiss, but overall there is fun to be had competing against other drivers worldwide. Codemasters, who cut their teeth on the Colin McCrae series, may not have reinvented the wheel but they clearly know how to spin it. Speed junkies – no, not that kind – should find much to enjoy here.  Ross Thompson