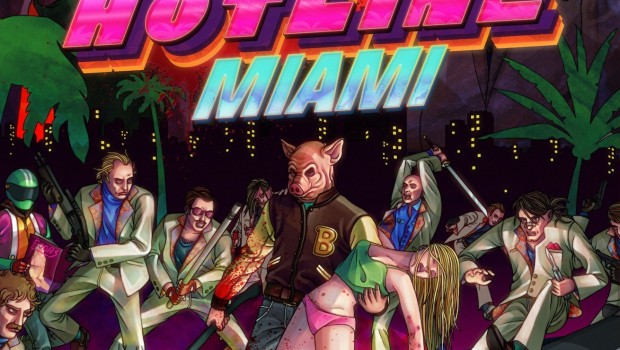 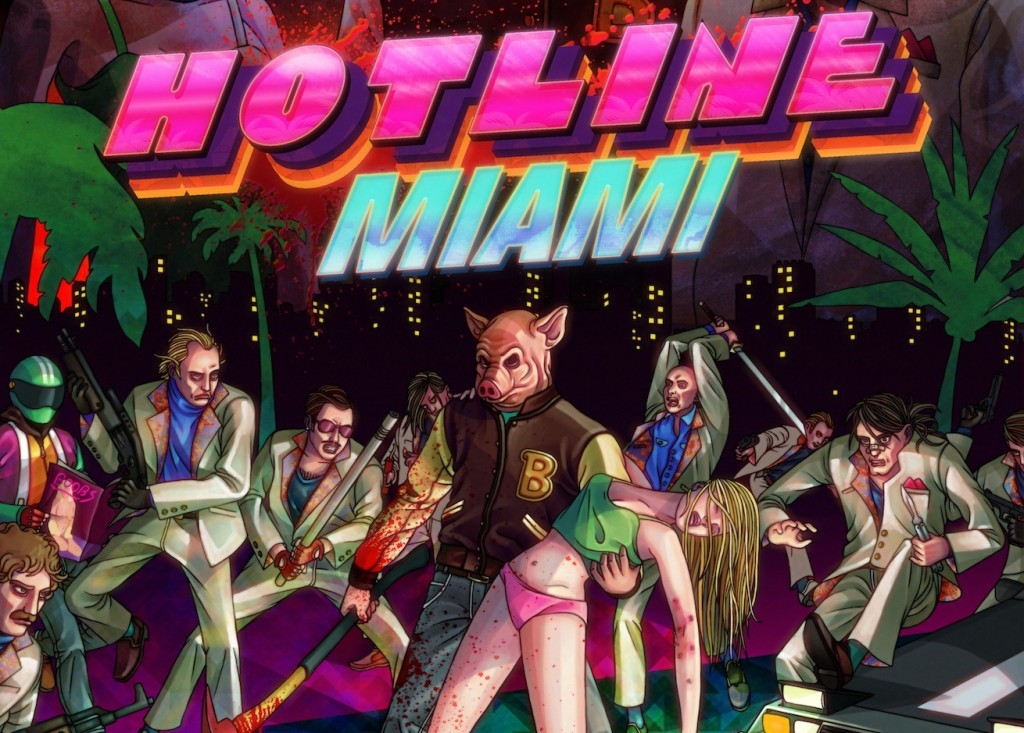 Most videogames, whether or not they choose to profess it, are rooted in violence. And we’re not just talking about bête noires such as Manhunt, Call Of Duty or Carmageddon. Something as innocuous as Super Mario Bros. involves jumping on enemies’ heads to make them disappear, and at the end of each final stage the big boss plummets into a fiery pit. Space Invaders is all about the shooting. Street Fighter requires beating your opponent into submission. Even Tetris involves making harmless blocks disappear. Call it “deleting” or “subtracting” if these euphemisms make the killing and destroying more palatable. There is no doubt that to progress in any videogame you must be cold and ruthless.

Hotline Miami, finally ported from the PC to the PS3 and PS Vita, stretches that tenet to its most ridiculous extremes. It not only presents violence as a thrilling primal act but also questions why you are digitally acting out such horrific deeds. The game’s deliberately retro style cannot conceal the brutality of the central plot, albeit slim. At the beginning of every level the silent, unnamed protagonist receives a phone call in his dingy apartment. He is given abstruse instructions to go to an equally dingy building, nightclub or safe house and complete the job. Essentially, this involves murdering everyone inside in any way you see fit. You may be asked to “keep it clean” but a tapestry of blood splats and limbs which soon litter the screen. Baseball bats, crowbars, bottles and a plethora of guns are at your disposal, and just because it all appears to be in 8bit does not make the gutting and skull-caving more acceptable.

The catch is that the bad guys are far from mindless drones and bullet fodder. The AI is smart and unforgiving, meaning that if you fire off a shotgun round in a bathroom you will be swamped by tooled up goons quick smart. It adds a challenging element of stealth to proceedings which is enhanced by the split second timing required to survive. Make a wrong move or a mistimed swing and you’re dead and back to the start of the level. However, multiple deaths are not only inevitable but encouraged. As in fellow indie hits Super Meat Boy, Limbo or Trials HD dying is a means of learning the multiple quirks and exploits in a stage. You could swing open the kitchen door to stun mope number one, throw your machete at mope number two and punch out goon number three. If that doesn’t appeal, you can strap on an M16 and get trigger happy. Variety, it seems, is just one of the names of the game.

The other, of course, is violence. The top down perspective and dual stick controls recall classics such as Gauntlet or, fittingly, Total Carnage (in fact, an early build of Hotline Miami was called Super Carnage) but the storyline and overall tone are heavily influenced by cinema. The over the top, tongue in cheek bloodletting echoes Oldboy while the animal masks mechanic, used to unlock certain perks, nods to Kill List. In the credits, Swedish development duo Dennaton specifically thanks Nicholas Winding Refn, director of Drive, and there is no doubt that the character hereresembles an ickle Ryan Gosling, puffy scorpion jacket and all. Those movies are touchstones because more for their surreal, disquieting tone rather than their moments of cruelty. Similarly,Hotline Miami has a distinctly odd feel, one which grows odder as the game advances towards its grim conclusion. After the first kill the main character bokes in an alleyway but he soon becomes accustomed to doling out judgement. The effect on the player, one imagines, will be very different. The violence, depending on one’s mood at the time, is either numbing and hypnotic, or just plain nauseating, heightened no end by the noise of crunching and slicing and breaking. Special mention must also be paid to the atmospheric electro soundtrack, which adds another layer of tension to an already pretty tense game.

Hotline Miami certainly won’t be to everyone’s sensibilities, and there is no doubt that the underlying questioning of morality can taste quite acrid, but it takes a simple concept and invests it with enough brio and daring to make a surprisingly deep game. Ross Thompson