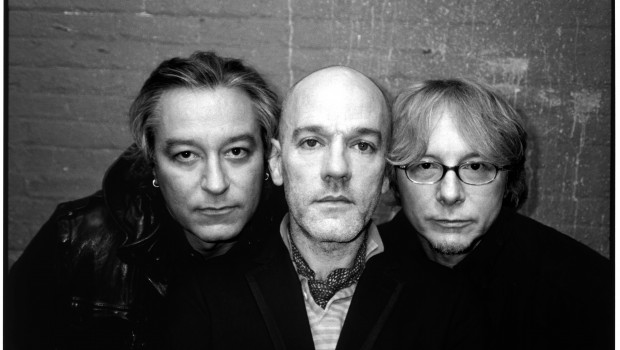 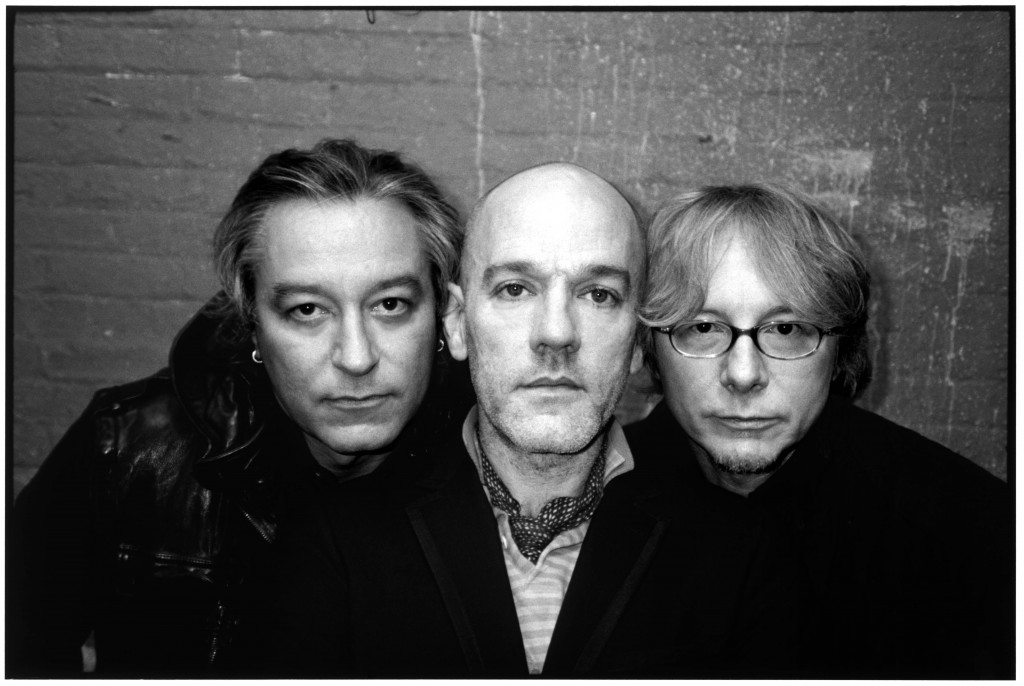 I was 13, living in Antrim, and it felt like the entire world was very, very far away. But then I would pick up my Walkman, slot in a copy of Fables of the Reconstruction or Out of Time, and find myself in an exotic world, a place of mystery and magic, a place where the kudzu vine spread over everything, and nights were spent by the railway line, watching the trains. To that 13 year old boy, REM were more than a lifeline; they were a life.

As the years went by, my love of REM would fluctuate, their 21st century missteps leading to a total extrication from their world, only really coming back for Collapse Into Now, perhaps the finest ‘farewell’ record ever released. But all the while, in almost everything else I listened to, the ghost of REM haunted the shadows, informing and educating, leading a path through the darkness. Without any hint of exaggeration, almost all the music I listened to from my teens onwards was in some way indebted to REM, and – I suspect – this will always be the case.

In the early 90s, things were very different. The past was a foreign country, existing only in the history books. You might read something about a band like The Long Ryders, and unless you had the record, they’d remain just a name, something intangible. Of course now, you just hit the internet, and you’re right in the thick of it, watching long lost TV performances, reading every word written about a particular band, or digitally owning all their albums. But back in the day you needed a helping hand, and REM provided just that to me.

The band, Peter Buck in particular, were never precious about their influences, always keen to share and promote their peers, to dredge up long lost bands from the murky history of rock, and in a realistic way, they gave me the perfect rock and roll education, something that continues to serve me well, and something that eventually led to a career in music. An endorsement from a member of REM was as good as a guarantee of quality as you could get, an acknowledgement that YOU SHOULD BE INTO THIS TOO, and that they wouldn’t let you down.

One of the first steps was the music of The Byrds. The chiming 12 string guitar of Peter Buck owes an obvious debt to Roger McGuinn, and whilst The Byrds had a totally different approach, REM captured that shining sound and made it their own. To this day, 5th Dimension is my favourite BYrds album, just because it sounds the most like REM. Sure, Younger Than Yesterday is better, and Notorious Byrd Brothers is a stone cold masterpiece, but the ringing tones of 5th Dimension continue to echo down the ages for me. In 1984, REM made the homage overt by performing with McGuinn on one of his most celebrated songs. And thus began a lifelong obsession with The Byrds.

The next big stepping stone was The Velvet Underground. These days, there’s something ubiquitous about The Velvets, their power to shock and inspire somewhat diluted by time and overexposure. But back in the 80s, REM recorded covers of ‘Pale Blue Eyes’ and There She Goes Again’ from the first Velvet Underground album, and introduced a whole new generation to the mercurial combination of John Cale and Lou Reed. The REM covers aren’t a patch on the originals, and that might just be the entire point. Eventually released on the outtakes collection Dead Letter Office, they inspired me, and countless others, to pick up The Velvet Underground and Nico, and I never looked back.

Patti Smith was always a big REM touchstone, and whilst the punk poet is credited with releasing the original punk album with Horses (although some might dispute that…), but Michael Stipe has always been vocal about his love for Smith, crediting her with getting him into music. Patti Smith lent her vocals to the incredible ‘E-Bow the Letter’ and made a guest appearance on ‘Blue’, the last track on the last REM album. But in another example of REM throwing their influences around, REM roped in Patti Smith to duet on a cover of ‘I Wanna Be Your Dog’ by The Stooges at the Rock and Roll hall of fame. Young minds were blown, it’s true to say.

Along the way, REM gave patronage to bands like The Minutemen, touring with the punk rock pioneers, The Replacements, whom Peter Buck lent a guitar solo to, and Husker Du, who regularly featured on bassist Mike Mills’ t-shirts. REM were a product of the American indie underground, and they never truly forgot their roots, supporting and encouraging their peers, and forming lifelong connections that opened the gates for underground artists to a wider audience.

As the years went by, bands like Guadalcanal Diary and The Soft Boys found themselves benefiting from an REM endorsement. As more and more re-issues became available to purchase in the late 90s and early 00s, these almost forgotten alt-rock bands received a timely re-assessment, REM having borrowed aspects of their sound, or provided a helping hand to them along the way. REM were always pretty gracious about it, openly acknowledging the debt, and supporting the little guys.

The influence of REM on Nirvana is plain to see, and Kurt Cobain and Michael Stipe eventually became great friends. ‘Let Me In’ from Monster paid tribute to Cobain, and the genuine pain was plain for all to see. But right from the start, Cobain had always held REM up as an example of how to do it right, and whilst it didn’t work out well for him, who can say he was wrong?

When you throw in other Peter Buck favourites like The Lovin’ Spoonful or The Monkees (particularly Michael Nesmith) you start to get a pretty stellar record collection. Add to this the likes of The Beat and Swell Maps, and you find yourself going well off the beaten path, but with immaculate taste. Buck was always the ‘record collector’ of the band, and his tireless efforts to unearth buried treasure, as well as giving struggling bands a helping hand has been a central part of what made REM great. If it wasn’t for Buck, I might never have heard The Feelies, whose Buck produced second album is a classic, or American Music Club, whose vocalist Mark Eitzel recorded an incredible album called West back in ‘97, with the assistance of Buck on songwriting and production.

And he’s still at it, collaborating with Snow Patrol’s Gary Lightbody as Tired Pony. In a sense, it’s almost impossible to imagine a time when REM will not be influencing someone, or providing a platform for someone else to introduce themselves to a new audience. Indeed, even a year or so, Mike Mills was singing the praises of Real Estate, a band who can be said to have picked up the baton of shimmering jangle-pop and put their own stamp on it. Whilst they might no longer be with us, REM are always there for me, taking me by the hand, and leading me to pastures new.

They’ve never let me down, and I can’t foresee a time when they ever will. It ain’t that kind of relationship. Steven Rainey