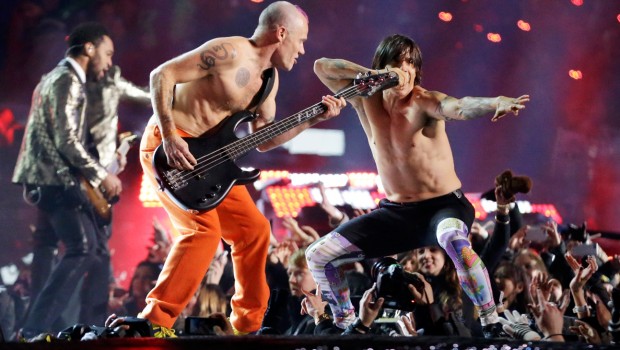 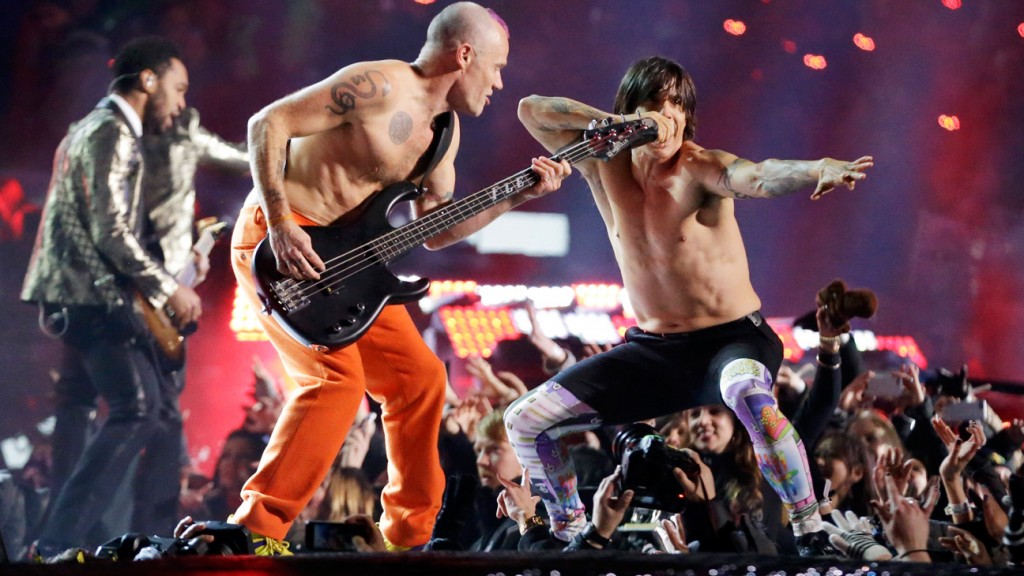 Everything Sucks is back after a long hiatus. Not that it was around long enough for anyone to really miss, but that’s okay. The last time I really got on my high-horse, a bunch of bullshit and chapped arses ensued because – surprise, surprise – people by and large don’t like being called out on calling themselves music fans and then refusing to support music.

So, the topic of music fandom is what I am here to discuss today, from the other side of the coin, both as a deluded culchie alt-rock-obsessed teenager, and the hateful hack he became, rather than as an embittered now ex-promoter.

Fandom. The power of music and how it connects us all is a wonderful thing. I adore it with all my heart and soul, and live for disappearing into new sounds and revisiting old catharsis when I need to. My friendships, my various tremulous forays into some sort of long-term direction, and my whole understanding of culture and society are all, in various ways, a result of my love for and involvement in music. Same with everyone writing here, other places, as well as the vast majority of people that pick up instruments and go twang, the people who book venues so they can showcase & generally get behind these people, and other people that involve themselves in the ins and outs of making a racket.

Which is why it sucks so very badly when one of your earliest heroes, who help engender this spirit of wonder and exploration, goes and willingly makes shit of their legacy for a quick cash-in. Of course, being a child of the early ’90s, I have an embarrassment of fallen heroes from which to choose, from the corpse-poking exercise of Alice in Chains mark two, to the sustained sullying of Soundgarden’s once copper-fastened legendary status. No, the focus of my rage this column is a band I thought I would never seriously have the heart to lose my last screed of respect for: the Red Hot Chili Peppers.

I don’t say any of what follows lightly.

Seeing it for the first time as a four-year-old, the RHCPs’ ‘Under the Bridge’ video is among what’s left of my earliest memories. Not just musical memories, but up there with first cinema visit, vintage car shows, Mammy coming home from the doctor with a little sister, etc. My teenage years, with all their bombast and self-absorbed ebbs and flows, were soundtracked by, among dozens of other records, the glorious remasters of the early material, while later albums served as powerful bonding points with other kids that would emerge from the other side of the musical conversation as dear friends. When it became apparent that those salad days were coming to an end, and shortly after the passing of a close friend with whom a particular adoration for the Funky Monks was shared, I endeavoured to commit their famous asterisk symbol to my skin, replete with the Aztec face design as featured on countless T-shirts, including the one I handed over to the funeral director to adorn my friend’s coffin on her final journey. Symbolic of the power of music, of the power of a band to affect people to their core, I wore it with pride.

As time wore on, the colour wore off, the fog of sentiment lifted and venturing into DIY and independent music in my community and elsewhere became the priority, it became apparent that the RHCPs were increasingly interested in vague platitudes and listless retreads of old territory, just another option on the spoonfeeding menu for slightly fussier consumers, rather than a valid and innovative endeavour. That’s what happens when lads get old and have to stop indulging their vices, I reasoned. So, in time, to myself as a listener, like the Pixies or Bad Religion and the like, the RHCPs became more distant as a relevant entity and more of that occasional safety blanket, that band who meant it when they meant it, and earned more than enough goodwill to piss about and intermittently trouble us with decreasingly potent new material for the rest of their lives as long they kept honest and didn’t commit too hard to the greatest-hits-tour undeath. Right? Right?

Last Sunday, as part of the Super Bowl half time show, the Red Hot Chili Peppers, after 31 years together in various forms as a band, overcoming several lineup shifts and personal problems in the process, including the death of founder member Hillel Slovak, decided once and for all that the best course of action, on the biggest stage in American television history, would be to insult the intelligence of everyone watching, and not only mime a song from their catalogue that they can play backwards on any given day, but not even bother plugging their instruments in. To compound the disappointment, they did this as willing backing dancers for Tin Pan Alley confection du jour Bruno Mars. Disappointed was not the word, as professional musicians with three decades of experience and a name big enough to draw millions of fans to watch whatever they turn up on, simply accepted instruction, from a sports organisation no less, on how live music should sound.

The explanation that surfaced for this travesty, which only occurred after Vernon Reid of Living Colour pointed out the stupidity of the whole folly on Twitter, was proffered by bassist Flea. Said explanation amounted to “it would be a wacky thing to do”, “there was no room for argument on the matter”, and “we kept it as close as possible to who we are”. Let me tell you why that’s bullshit, Flea.

No, it was a business decision. The Super Bowl plays to tens of thousands live and hundreds of millions worldwide on television and online. Conflicting stories exist on half-time show payment exist, but you either got a fat wad to dance around with fake instruments like One Direction, or you did so for free to “get exposure”, which is bullshit because you’re the fucking Red Hot Chili Peppers, and are financially set for life. Even worse, they did so as second fiddle to the epitome of everything wrong with the major-label pop star system in 2014. Either way, dude, there’s nothing wacky or trippy about whoring your ass out.

At least professional wrestler CM Punk was a Living Colour fan from childhood, who asked them to play him to the ring at WWE WrestleMania in 2012, and insisted they do so live. That would have actually been “wacky” and “trippy” as balls for Punk, and for them, a chance to play live to 70,000 people live and millions worldwide on television and online (without assisted air-guitaring). Thankfully, those dudes seized their moment, and put in an age-defying performance.

2. “There was no room for argument on the matter.”

Yes, there is. You are the Red Hot Chili Peppers. You can say no, and walk away without going bankrupt. A band with three decades of live experience. If they want you to show up and perform, you expect that they trust you as live performers to not fuck up, and that your road crew will ensure no tech hiccups. After all, you’re a band with a standard backline, there are very few things major event organisers should not be well-prepared for anyway. In agreeing to mime, you are informing promoters and event organisers that you have no confidence in your abilities and that your skill sets and instrumental virtuosity are valueless. A shit example to set to waves of kids that have come in every few years in the past three decades that model their initial experiences in music directly on you and your peers. This, you say after stating the band’s policy is not to mime at all, in fact, not only making your band a disappointment, but an outright sham.

3. “We tried to show the people the closest to who we are” or some shit.

Bands all over the world, every night, show whoever is present who they are. Some bands suck. Others are diamonds in the rough. Others, still, are frankly bloody excellent and deserve the level of attention the RHCPs receive. One thing they all have in common, though: they go out and leave all of themselves out on stage, or on the floor, for the people to see. Pretending to play does not give anyone an idea of who you are. It shows you can mime like a trooper. Big difference. Reeeal big difference. The genuine article is what people pay or tune in to see. Especially for bands who laid claim for so long to being the real thing in a world of forgeries. The “alternative”, they used to call it.

TL; DR? In short, Flea, you and the lads took a quick cash-grab, either directly or indirectly. You lowered yourselves to taking second billing to another mime artist, and then attempted to play the whole thing down as this weird and wonderful circumstance that people would somehow treat differently, because it’s the Super Bowl or whatever the fuck. You then attempted to explain it away as some circumstance you couldn’t back out of, which is also ten kinds of bullshit, and then feebly offered forth that you tried to keep it “true to the real thing”, which is no substitute for, uh, the real thing.

So, yeah. While, like the rest of us, I’d accepted for the past few years that the RHCPs weren’t currently much of a thing anymore, and had simply given them grandfather status in my personal musical hierarchy before continuing on my merry way, stopping periodically to explain the protruding tongue poking out from under my T-shirt sleeve, I didn’t think for a second that they’d shit on themselves or their fans from such a great height as they have this past week. How wrong I was, and how saddened I am.

When you’re young and you get a band tattoo, you think, “nah, I’m never gonna be embarrassed by this”. Until last week, I wasn’t. And over the course of a few days, the ink that represented all of those years and those fleeting happy times has been cast in a different light. And now I don’t know how I feel, other than comprehensively bummed out that I was once incapable of finding common ground with others beyond putting people millions of miles away on a pedestal.

At least it wasn’t the Lostprophets, eh? Mike McGrath-Bryan 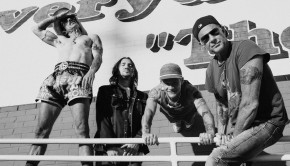 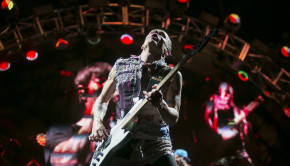