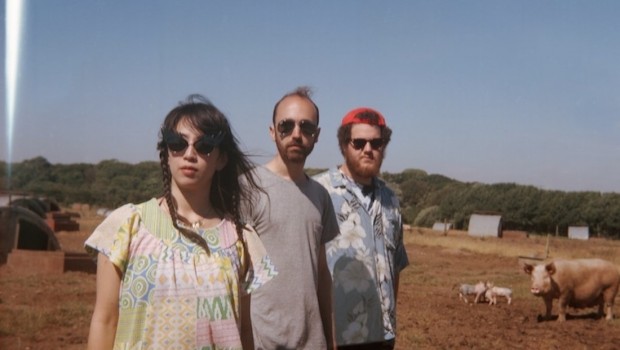 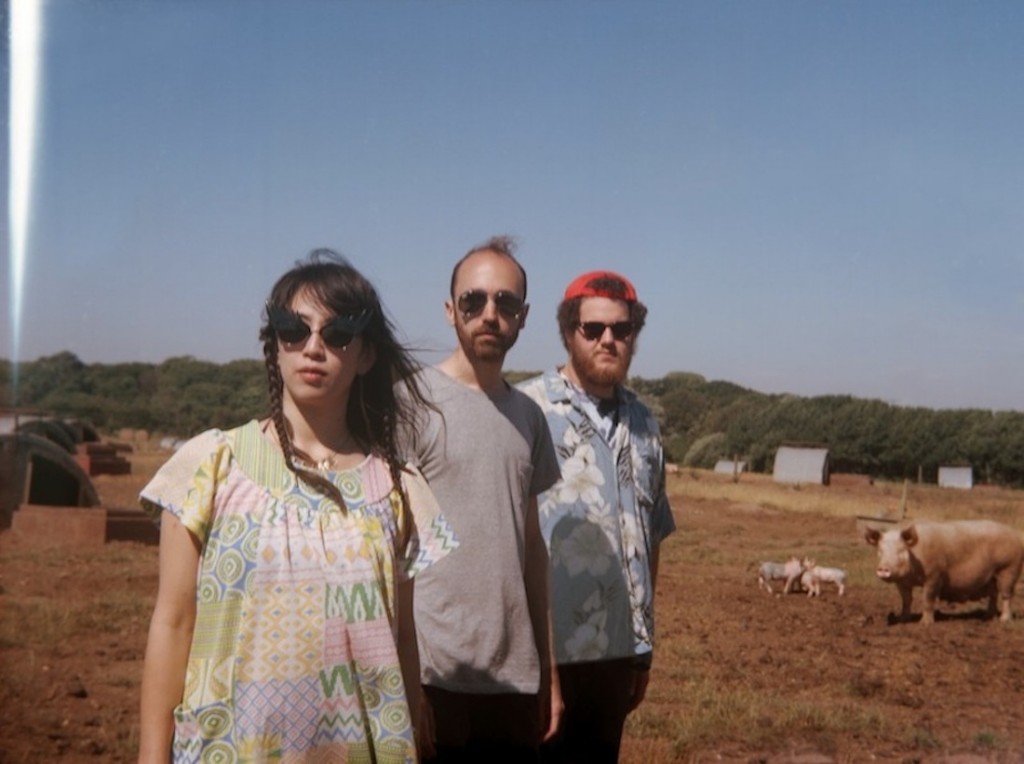 Just over a year since their founding member – and central songwriting force – Daniel Blumberg jumped ship to focus on his own music, English indie rock darlings Yuck make their highly-anticipated return to Belfast tonight something of a wounded but defiant soldier. Indeed, with a new EP, Southern Skies, getting a mixed reaction from critics and aficionados alike, there is an unspoken feeling in the air that the band have both reputation to uphold and repertoire to deliver. One wonders: whether they care to confront the question or not, are they able and set to confound the likely ill-founded theories of the detractors?

With the Black Box steadily filling up around 9pm, that ineffable sense of community that the Cathedral Quarter Arts Festival so effortlessly concocts at this time of year in Belfast becomes manifest. Pockets of every shape and description of the curious and inundated both stream in, finding their place, before Dublin indie rock quartet Bouts bounce on stage, an eager troupe bursting with restless élan. From the off, starry-eyed singles ‘Novelty’ and ‘6.0’ – equally propelled by Bouts’ restlessness-induced spirit and the sonic stamp of Mascis, Martsch and Malkmus – thoroughly deliver. Tonight’s crowd, albeit naturally Belfastian in their semi-statuesque dawdling, slowly yield via Bouts’ wonderfully immersive and intrepid noise.

With Niall Jackson’s walking, bobbing, twisting bassline’s melding with guitarist Colin Boylan’s confident and exceptionally imaginative fretboard bends and shapes, Daniel Flynn holds sway at the back throughout as frontman Barry Bracken, intermittently possessed, grabs the microphone, bestowing upon many newcomers his masterfully maudlin lyrical admissions. With Bracken interacting with the crowd (approving of the venue’s “swish wooden floors”) Bouts tear into highlight ‘We Tried’, its heart-on-sleeve power-pop meanderings and chorus of “We tried, we tried, we tried, we tried, we tried” inciting a real spirit of youthful solidarity and gallant cordiality that sees their performance tonight go down extremely well indeed.

Casually making their way through the crowd shortly afterwards, Yuck evidently don’t entertain affectation in its lowest forms. Emanating “cool” without the calculation, bassist, the wonderfully-dressed Mariko Doi and drummer Jonny Rogoff, with his ‘froed pre-eminence, take to the stage, followed by relative newcomer, guitarist Ed Hayes and the band’s frontman, Max Bloom. The effervescent garage-punk stride of ‘Holing Out’ gets thing off to an urgent start, the band instantly demonstrating their collective prowess as a well-honed unit in their current incarnation. Where second album singles ‘Middle Sea’ and ‘Lose My Breath’ ensnare via familiarity and sheer melodic power, first album efforts ‘Out of Time’ and ‘The Wall’ really hit home; the former a brooding masterclass that sees both Bloom and Hayes show off their Kevin Shields-esque tremolo technique, the latter a scuzzy lo-fi mantra, delivered impeccably and with inspiring intent.

A handful of songs in and the “corridor of uncertainty” (as a friend aptly puts it) is lessening in an instant, Max Bloom reminding the more hesitant amongst us that, “It’s a Friday night in Belfast – London sucks on a Friday night.” The crowd come right up to the front and along with bass-led single ‘Get Away’, the melancholic spell of ‘Nothing New’ and the woozy, shoegaze-soaked ‘Rebirth’ prove high points; two separate opportunities to revel in the the band’s often understated, intricate pacing and chord changes. With Bloom jumping off the stage to join a particularly eager member of tonight’s crowd “run-dance” in the front of the stage, a rampant cover of ‘Age of Consent’ by New Order and the excellent ‘Operation’ (evocative of Daydream Nation-era Sonic Youth) prove closing peaks in a doubt-banishing set. Brian Coney