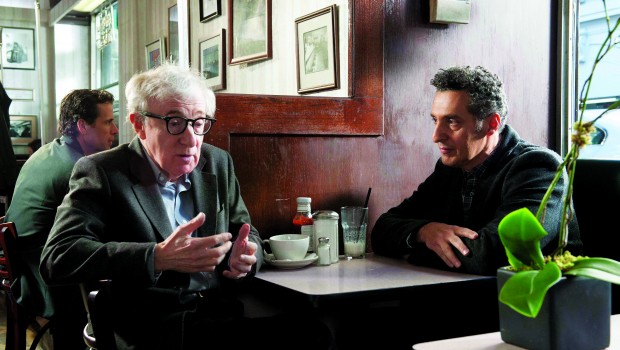 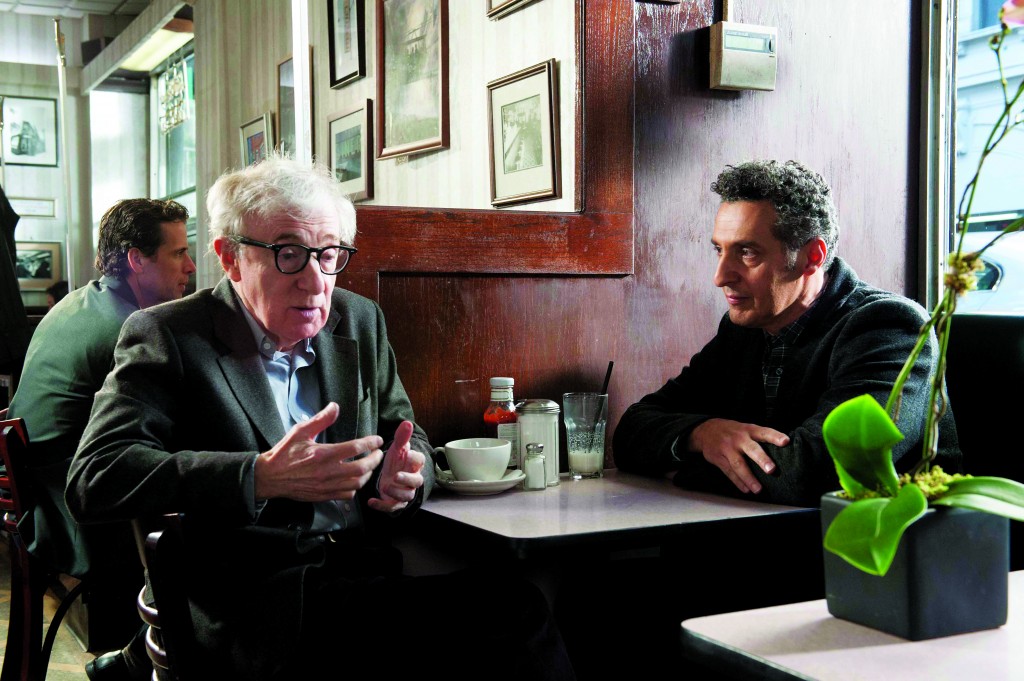 John Turturro has carved out an incredible career as a character actor in the films of the Coen brothers and Spike Lee in particular. Fading Gigolo sees him breaking new ground as writer, director and star and he’s brought the undisputed master of this art along for the ride in Woody Allen. A comedy about sex and religion sounds like vintage Woody, but while Fading Gigolo may be about the oldest profession in the world, it’s far from vintage.

Fading Gigolo sees Woody Allen break new ground, playing pimp to Turturro’s reluctant prostitute and as a premise it’s a pretty good one for a comedy, but that’s only part of the story. For Turturro’s film is part sex comedy and part serious romantic drama, dealing with the emotional healing of a rabbi’s widow, played by Vanessa Paradis. It’s some trick to marry those two narratives together and that’s one of the problems with the film. The other problem is it’s just not funny enough.

You’re barely comfortable in your seat when the film gets straight into the main plot – Murray (Allen) is closing his antique bookstore for the last time with help from his friend, Fioravante (Turturro), when he just comes out with it, essentially just saying “We’re both a bit strapped for cash, here’s an idea, why don’t you become a high class prostitute and I’ll be your pimp?” So far so good though, with Murray then setting up a date with his dermatologist played by Sharon Stone. At this early point the film begins to tread on eggshells, setting up Stone’s character as insecure and vulnerable, when it should just be playing for laughs.

Allen is on fine form and it’s as though he has never left the silver screen. The rambling, charming Murray is just another variation on Fielding Mellish, Miles Monroe and Alvy Singer – essentially Allen himself – “but if it ain’t broke…” On song as well are Sharon Stone and Sofia Vergara who vamp things up enjoyably. They’re clearly having fun with their roles, but one person who isn’t is John Turturro, whose character Fioravante feels terribly constrained and even vacant. In the scenes with Murray, Allen might as well be acting against a brick wall because it seems like Turturro is giving the minimum possible and he’s definitely a better actor than that. The result is that the film leans very heavily on Woody Allen’s performance and there is a vacuous hole at the centre of the film where Turturro’s protagonist should be.

It’s a problem that extends beyond Turturro though, with everyone in the secondary ‘love triangle’ plot seeming awfully dreary and serious for a comedy. Vanessa Paradis tries her best and brings the occasional spark as Avigal, a lonely widow. Liev Schreiber on the other hand seems to be acting in another movie altogether, playing Dovi, a member of the Shomrim neighbourhood watch for Hasidic Jewish communities. His character is like a comedy black hole in the film and his protective feelings towards Avigal seem more creepy than romantic. Serious and possessive, the film seems to be setting him up as a rival to Fioravante for Avigal’s affections, but then this goes nowhere.

Ponderous and incongruous the film veers back and forth between the two plots, the occasional laugh not enough to disguise how plodding and uncharismatic it becomes the further it goes on. And while Allen is good, the film’s finale should be happening to Turturro’s Fioravante and not him. By the end it’s all a bit of an anti-climax and for a comedy about sex that’s appropriately never good. Richard Davis