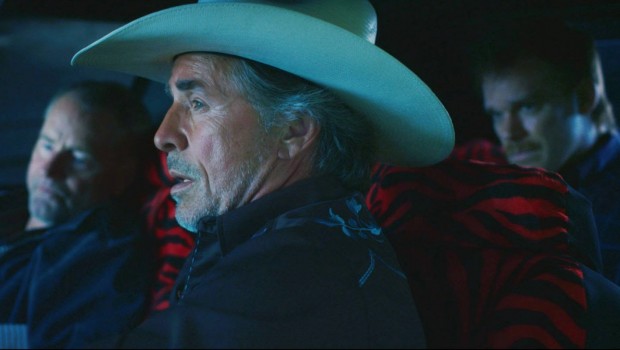 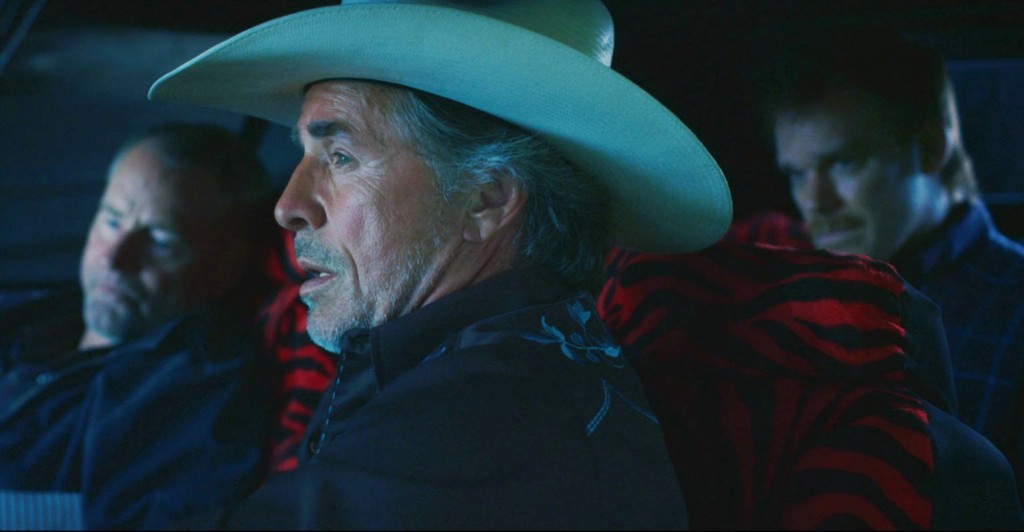 Michael C. Hall has established himself as a talented, highly watchable actor with considerable range through his successful roles on television in Dexter and Six Feet Under. But can he make the breakthrough onto the big screen? With roles in Gamer and Kill Your Darlings, among others, it’s been a fairly mixed bag so far and in his latest film Cold in July the greater mystery is Hall’s future career path, rather than the film’s narrative.

Based on the novel of the same name by Joe R. Lansdale, writer of Bubba-Ho-Tep, Cold In July finds Michael C. Hall in everyman territory as Richard Dane, an ordinary man with a wife and a young son and his own business in small town Texas. The relative harmony of this life is shattered, however, when he accidentally shoots and kills an intruder in his home. When the dead man’s ex-con father (Sam Shepard) turns up hell bent on revenge, Dane’s personal hell turns into a living nightmare.

The first half of the film follows a kind of Cape Fear revenge plot of psychological intimidation. It is skillfully composed by director Jim Mickle, with tight editing and highly stylized ‘neon noir’ visuals, and Sam Shepard excels as the cold, intimidating Russel. But as this plot unravels into another the film begins to lose its way.

Like any good noir thriller, it’s never about what you think it is, and Cold in July’s plot switches from one of revenge to conspiracy. After seeing a mugshot, Dane is convinced the man he shot was not Russel’s son. He begins to suspect a police cover up and soon the two men are united in a quest to uncover the truth and find Russel’s son, Freddy, ultimately leading them to an even darker place.

The red herring revenge plot and the subsequent segue into the quest to find Freddy is all very well, but this second narrative is drastically underdeveloped. Freddy becomes the film’s arch-villain with barely any screen time and absolutely no motivation. From a taut, psychological thriller the film descends into an amateurish detective story and a meaningless finale of bloody violence.

Although the film’s falling away in quality coincides with Don Johnson’s arrival in the narrative as brassy private eye, Jim Bob, it’s nothing do with the actor’s performance, but it does represent a distinct change in tone in the film. At this point, the film begins to lose it’s way not just tonally, but also narratively as plot holes open up and tension dissipates. Nick Damici’s sleazy police detective simply disappears and the oft-mentioned ‘Dixie mafia’ never materialize, so what we’re left with is a mystery that is mainly solved by hanging around on a farm and a non-existent father-son relationship on which the meaning of the whole film hangs with a couple of laughs thrown in.

It’s a shame that the film ends so disappointingly after such a promising beginning. Michael C. Hall and especially Sam Shepard are terrific when given the opportunity, but a much more interesting film would have been developing their relationship – one a naive young father, the other a bitter old one – rather than inserting a third wheel in the relationship. As a work of sound and vision though the film reaches stunning levels at times with Jim Mickle’s visuals and Jeff Grace’s music emerging as the film’s real stars. Michael C. Hall’s star is still waiting to shine, however. Richard Davis