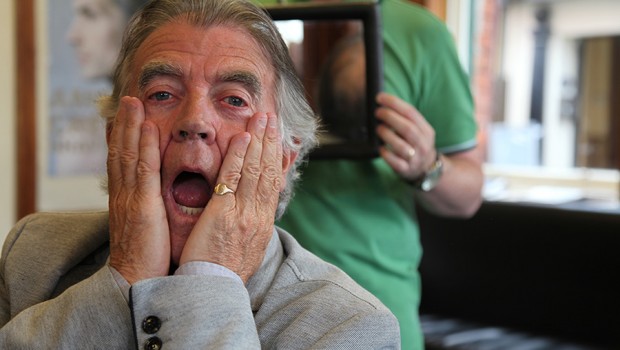 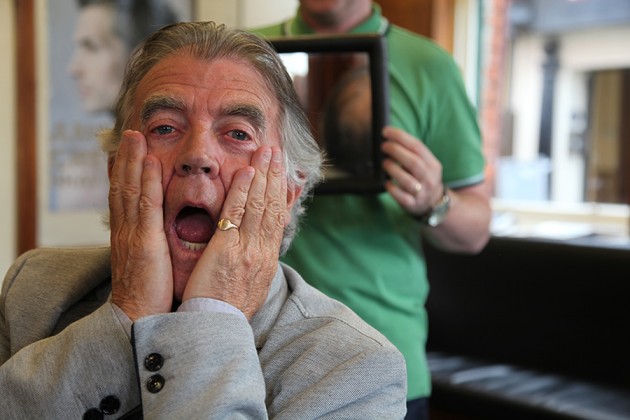 In Northern Ireland, we like to think of ourselves as an open, friendly, earthy people, bereft of the pretensions and airs that our ‘betters’ frequently display. Not for us the ‘hoity toity’ high life, instead preferring that natural warmth and good folk humour that touches the parts of the heart few other things can approach. Frankly, the truth is somewhat different (to put it mildly), but if one were able to hold up an avatar of what we consider to be the embodiment of that warmth and humour, you’d have been hard pressed to find anyone better than broadcaster and writer Gerry Anderson.A mainstay of BBC Radio Ulster for 30 years, his pre-midday show epitomised the mischief, wit, heart, and playfulness that we’re capable of at our very best. Alongside his wingman Sean Coyle, Gerry skewered our most ludicrous tendencies, mocking all and sundry with a gleam in his eye that prevented anyone from being annoyed for too long. Aided and abetted by a supporting cast of weird and wonderful folk, Gerry Anderson was capable of projecting a version of Northern Ireland that was fiercely local, without being parochial, weird, but also affectionate.Listeners to the show were greeted every day with a selection of some of the worst music ever recorded. Anderson took particular delight in unearthing the tuneless, the amateurish, and the naive, but somehow encouraging us to find the value in it, rather than just pointing the finger and laughing. But for almost every Northern Irish band worth their salt, a spin on Gerry’s show was an accolade that was beyond value, and many of us got our first taste of what this country could offer musically through this programme. It’s a rare gift to be able to celebrate and laugh at music, but Anderson made it look effortless.It’s fitting then, that he began his career as a musician. Playing in showbands in the 1960s, Anderson somehow found himself on bass guitar for Ronnie Hawkins and the Hawks. Music scholars will know this particular outfit as the launching pad for The Band, the four Canadians and one American who helped Bob Dylan go electric, and set the foundations for Americana. Typically, Gerry Anderson joined the band as they were on the slide, with the future members of The Band long since having jumped ship. What Gerry Anderson’s influence on Bob Dylan was remains unrecorded, but one can assume it was seismic.Returning to education in Northern Ireland, Anderson gravitated towards radio, and by 1985 was hosting a programme on BBC Radio Foyle in his native Londonderry. Or Derry. Or Derry/Londonderry. Or Stroke City. Or LondonGerry. The show, with its good humoured mixture of music and chat got picked up by BBC Radio Ulster, and before long, Anderson was a household name. An attempt to translate the show’s offbeat and surreal humour to BBC Radio 4 was unsuccessful, marking a professional low point for the broadcaster. The consensus seems to be that Anderson’s unique sensibility and outlook on life was best suited to his home, and so he returned to these shores to continue broadcasting, racking up awards as he went.I wouldn’t be writing this if it wasn’t for Gerry Anderson. After leaving Northern Ireland for Scotland, I returned to these shores after the best part of seven years. I wasn’t sure what to do with myself, and harboured vague notions of continuing to move on, becoming some kind of global vagabond. I’d changed a lot in my time in Scotland, and found it difficult to relate to the ‘new’ Northern Ireland I’d found on my return. My re-entry point was Gerry Anderson. Upon my return home, I found myself in a car with my mother and father, with them continuing on the day-today business of their daily lives, whilst I struggled to put things in perspective. On the radio, Gerry Anderson was presenting a programme about, appropriately enough, people who’d left Northern Ireland and returned home. In silence, we listened to the stories, Gerry guiding us on a journey through what makes people leave, and – more importantly – what makes them come back. By the end, nothing remained to be said. Whatever emotional gulf had developed in my life had been filled. The pieces began to fit together, and I found myself able to reconnect with the place I’d shunned for so long. This wasn’t Anderson the mischievous jester, this was the thinker, a man of heart and understanding. Beyond the jokes and funny stories, Gerry Anderson had always displayed an astute intelligence that marked him out. It was his gift that even if he was telling an hilariously over-exaggerated anecdote, there was always more going on than met the eye. Shortly afterwards, I found myself joining the BBC, and eventually occasionally working with Anderson himself.I never had the chance to tell him how much his words had meant to me. He wasn’t really the kind of person I could say that to, to be honest. On the occasions where I worked with Anderson, he was almost impossibly difficult, charming and accommodating to the last, but forever marching to the beat of his own drum. We, in our naivety, thought our job was to try and steer the programme. Instead, we quickly learned to sit back, and let him do what he did best. Like a force of nature, Gerry Anderson did more or less whatever he wanted to.I’ll always treasure those times of seeing this dapper man, resplendent in grey polo-neck sweater and white Converse sneakers. I’ll always treasure those moments where he’d sit down beside you, work would stop, and you’d be taken on a journey by a master raconteur. But most of all, I’ll treasure the moments where this man would put into words things that I didn’t even know I couldn’t express, a verbal poet without equal, and a man who touched the lives of many.Gerry, we’ll all miss the laughs, but mostly I’ll just miss you. Steven Rainey